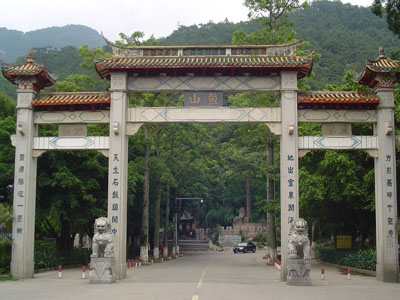 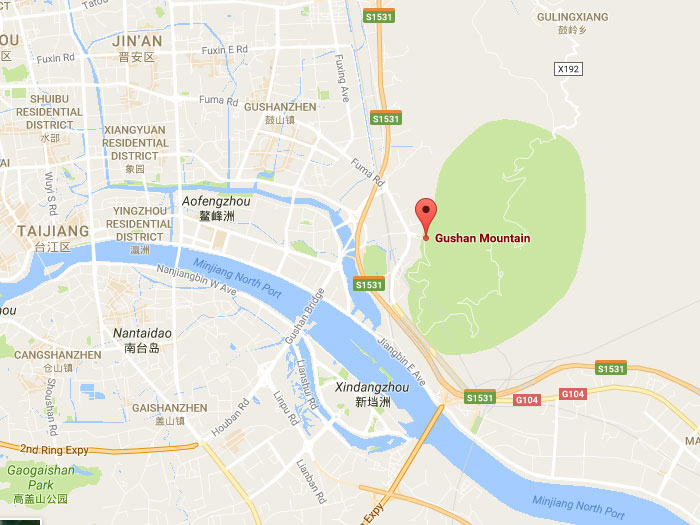 
Drum Hill, or Gushan Mountain is the most famous and significant scenic area 8 kilometers away from downtown Fuzhou, Fujian Province, China. It is believed to be one of "The Two Matchless Scenic Beauties” in Fujian Province. Also, it has been a Buddhist holy land in Fuzhou for a long time.

Drum Hill is on the northern shores of Min River, covering an area of 48 square kilometers. The main peak of it is 925 meters above sea level. Lots of natural rock formation like a drum can be found at the hilltop. From ancient times, men of letters and celebrities vied to visit the place, writing poems as well as having their inscriptions carved on rocks.

Drum Hill Scenic Area is quite large. But as Buddhist holy land, Yongquan Temple half-way up the hill is a must visit site for tourists. Walk along the stone steps on the hill, it only takes about 1 hour to reach the temple. You need to buy entrance ticket to get into it. What’s more, there are many other attractions and things on the hill for you to explore. More than 20 spots are in the east part of the hill, dozens of views are in the west, about 50 are in the south; and 45 are in the north. Tourists can hike up the mountain; and absorb the stunning landscapes as well as the pristine natural sceneries surrounding the 1,800-meter long trail.

【Ancient Path of the Hill】Over 2000 steps, it is the only way to climb the hill during ancient times. Also, it is the path to get to Yongquan Temple after passing seven pavilions and walking for 3.5 kilometers. Along the way, you can see stone inscriptions here and there; and enjoying the natural wonders with a few small spots of caves as well as a tea plantation.

【Yongquan Temple】
Yongquan Temple, a grand complex, consists of 25 halls in Ming style and Qing style. It is a temple regarded as "a treasure of Buddhist Sutras". It is said that in its best days, there were more than 1500 monks in this temple; and now four huge boilers built in Song Dynasty still can be found in this temple, of which the largest one believed to be "a boiler for 1000 people" that can boil 250 kilograms rice melt with 1000 kilograms water. It is said visiting the temple can help realize your good wishes, which attracts many believer to make there supplication.

【Eighteen Scenes】
The eighteen various vivid scenes of rocks and caves are extremely attractive in Drum Hill. Each scene tells a beautiful story. Several are lively display the pictures of beasts like the Lion Peak or Tiger-suppressed Rock; several are related to well known myths and legends about Avalokitesvara.

【Overlooking Stand】
Here is an ideal spot to have a good view of the whole Fuzhou City; also, it is a well-liked resting place for tourists to enjoy the cool; have a tea after a tired climbing; relax and enjoy authentic farm dishes with native poultry and fresh vegetables.

【White Cloud Cave】
White Cloud Cave lies in the northwest of Drum Hill. As clouds often flying into the cave from a distance look, it has such name. It is famous for precipitous cliffs and steep; clear springs and waterfalls; as well as celebrities' footprints and legend's sites.

【Waterfalls and Ancient Trees】
There are more than 23 spectacular waterfalls in various shapes in Drum Hill. You can enjoy them in a far or near distance, in an upward view or an overlook view. Also, a few various types of ancient trees are another big feature in Drum Hill. More than 1600 trees with an age over 100 years, even over 1000 years, can be found here.

You may choose to touring around the place by hiking or biking. There are winding hilly road. But biking in Drum Hill must be a challenge for your energy. There are a couple of hiking routes, and each of them leads you to the top of the mountain.