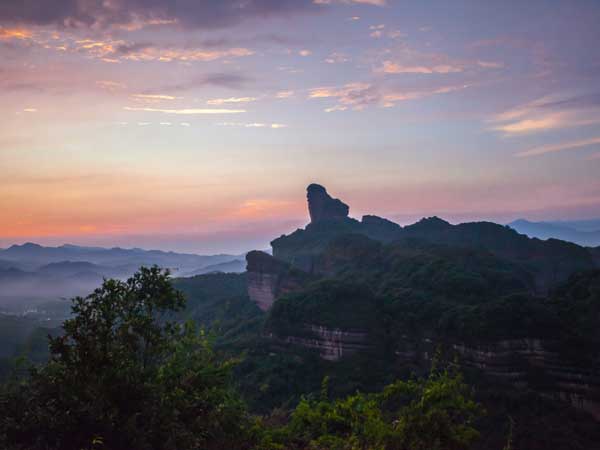 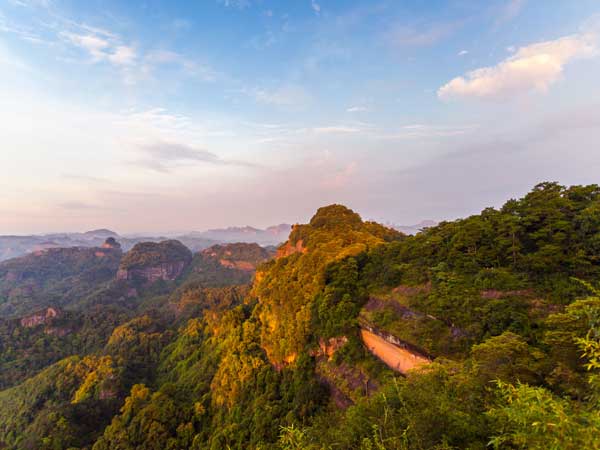 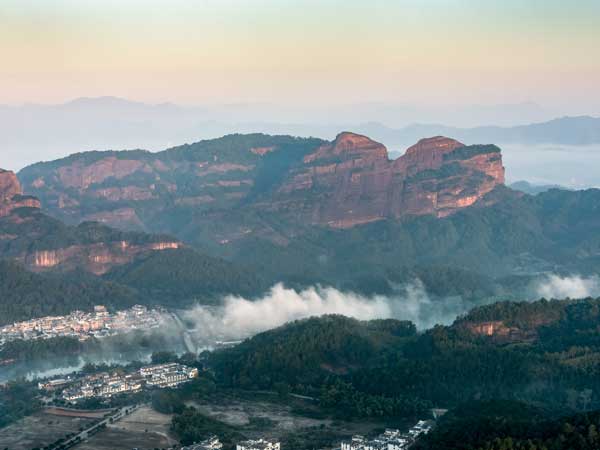 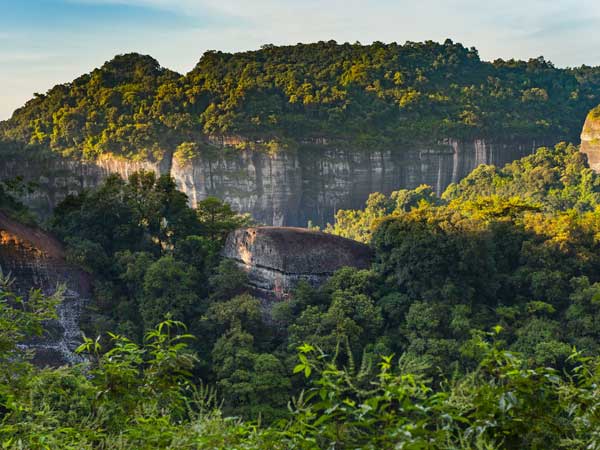 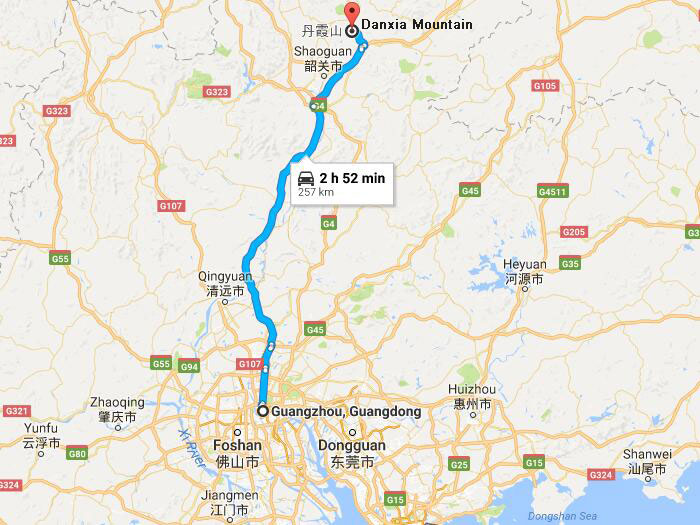 
Danxia Mountain is located in northeastern suburb of Renhua County, Shaoguan City, Guangdong Province, with a total area of ​​292 square kilometers. The northern gate is 45 km away from Shaoguan City. Danxia Mountain is the largest scenic spot in Guangdong Province, a scenic spot dominated by Danxia landforms and a world natural heritage site. Danxia Mountain is composed of more than 680 pieces red sand conglomerate, including stone peeks, stone walls, stone columns and natural bridges. Hence it is named Danxia Mountain, meaning red mountain (Dan and Xia all indicate the color-red in Chinese language)
Officially opened in January 1980, Danxia Mountain is one of the earliest tourist areas opened to the outside world in China. Danxia Mountain was listed by the State Council as a national scenic area in 1988, andas a national nature reserve in 1996. On February 13, 2004, it was listed as one of the world's first batch of World Geopark by UNESCO. Later, on August 2, 2010 , together with 6 areas of Danxia Landform in 6 provinces in South China were listed World Natural Heritage named as "China Danxia".

The material basis of the danxia landform formed by the danxia world geopark is the red fluvial lacustrine conglomerate formed in the late cretaceous period about 70 to 90 million years ago. Danxia Mountain used to be a huge inland basin in between 140 million and 70 million years ago. Affected by the Himalayan orogeny, the surrounding mountains are strongly uplifted, and the basin receives a large amount of debris deposits, forming a thick red stratum. Later, the basin had occurred many times intermittent rise, and as erosion of water, the Danxia Basin’s red bed were cut in to a group of Redstone Hills, which is the beautiful Danxia Mountain today.

Aizhai - Geopark is located in the south of Danxia Geopark

【Yangyuan Mountain Scenic Area】 阳元石游览区
There is a wonder view - Yangyuan Rock which is 28.5 m in height and 7 m in diameter, it just looks like the reproductive organ of the male. In China, male indicates to Yang and Yuanqi, Hence the name of the Scenic Area. The whole area is 6 square km, including scenic spots: Yangyuan Rock, Kunyuan Mountain, 7 Natural Bridges, 3 ancient villages and so on.
【Xianglong Lake Scenic Area】 翔龙湖游览区
Located at the south valley of Danxia Mountian, it was named for its layout which just looks like a flying azure dragon. Beside the lake there are attractions such as Jiulong Peak, Xianju Rock, Wuyin Rock, Chenlong Pavilion, Qilong Pavilion and so on.
【Jinjiang Scenic Area】 锦江画廊
Jinjiang, like a jade belt, passes through the peaks of Mount Danxi from north to south. There are dozens of attractions along the river such as Wangjiang Pavilion, Xianshanqiong Pavillion, Carp Jumps over the Dragon Gate and so on.

The Bazhai scenic spot is 10 kilometers southwest of Danxia Mountain, commonly known as Dashi Mountain. It is the core area of Danxia landform. Among the 27 mountain peaks with an altitude of 400 meters above sea level, Bazhai accounted for 20, and the highest peak was 619 meters above sea level. Beautiful natural scenery, steep mountains and magnificent waterfall making it the most typical, spectacular, quintessential and perfect representation of Danxia landform. 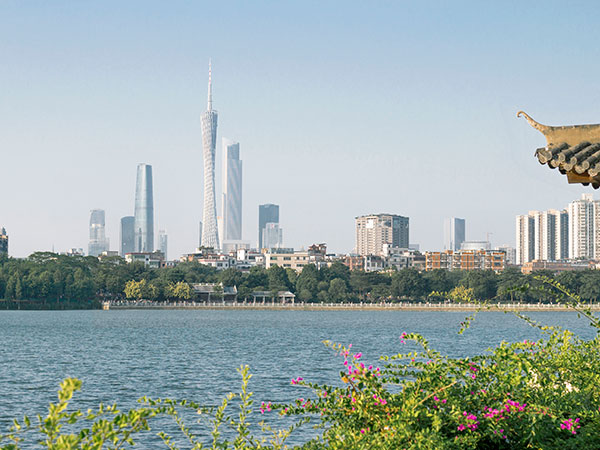