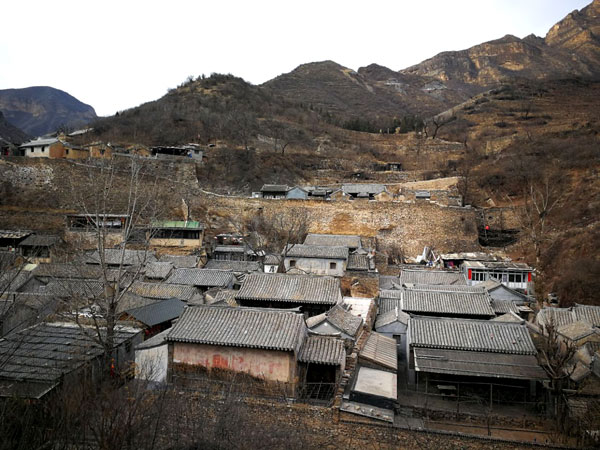 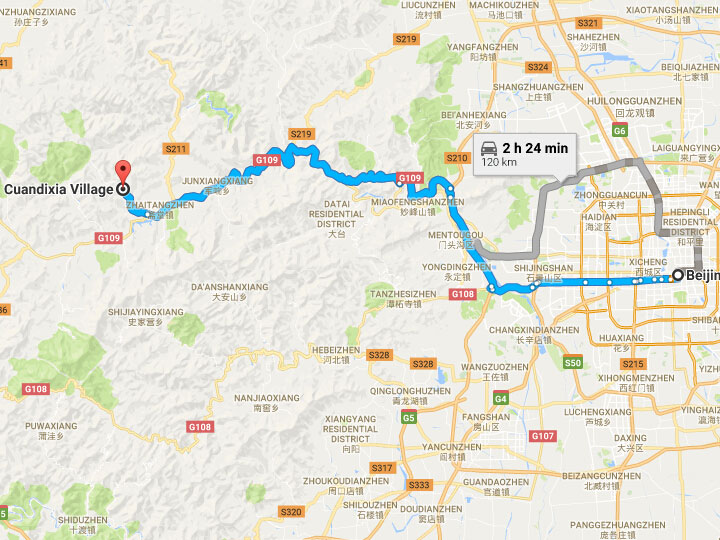 
On the ancient land of Beijing lies an ancient mountain village with peaceful tranquilities and distinctive characters. It is "the cultural pearl of ancient villages" - "Chuandixia Village", which hides itself quietly in the deep valleys in the west of Beijing.
Chuandixia village lies on an ancient post road, 60km far form Beijing. It was first built in the Ming Dynasty, where the Han's Family has inhabited. After its development for several generations, it became a flourishing inn on the post road. Populated by many people, its economics is dominated by farming, combining farming with trading, ploughing with reading. Chuandixia village, having a long history of several hundreds of years, has retained the beauty of traditional culture, relics and vernacular environments. It is known for its well preserved 500 Ming and Qing dynasty-style courtyard houses owned by 70 families, ancient but unsophisticated, just like another "Shangri-la".
These houses on the hillside have remained largely unchanged for centuries, surrounded by mountains and luxuriant forests. Steep stairs and lanes paved with rocks are simple and unadorned.

The village was rated as a village of great tourist value and has been placed under national level cultural relics protection. It was also a great place to take photos. Many of the families (all descended from the original founder) opened their homes to provide meals for visitors.