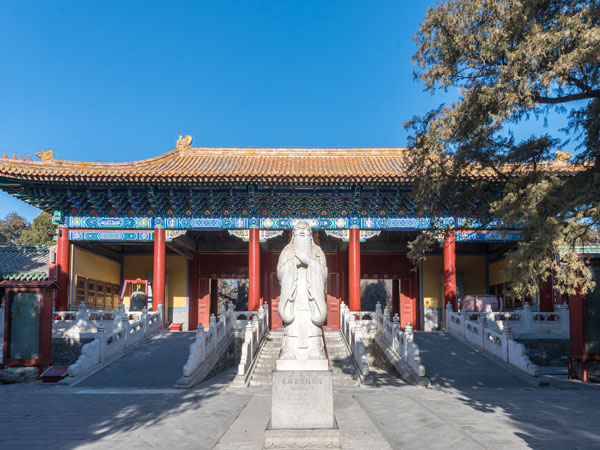 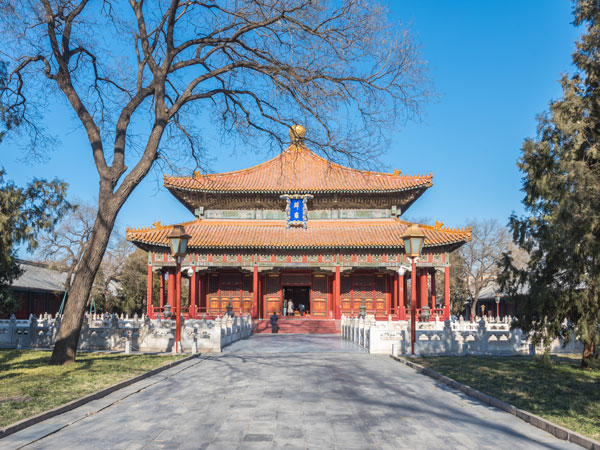 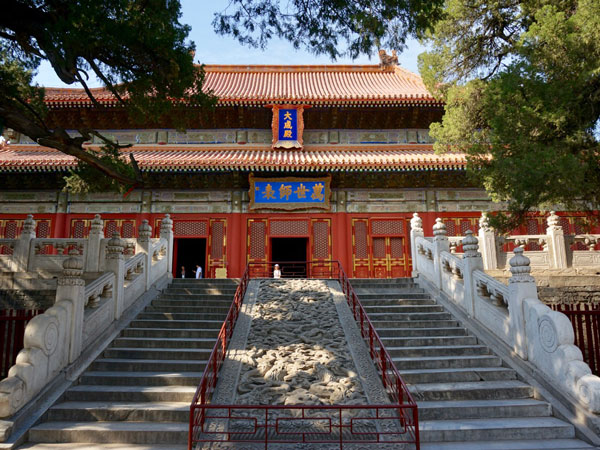 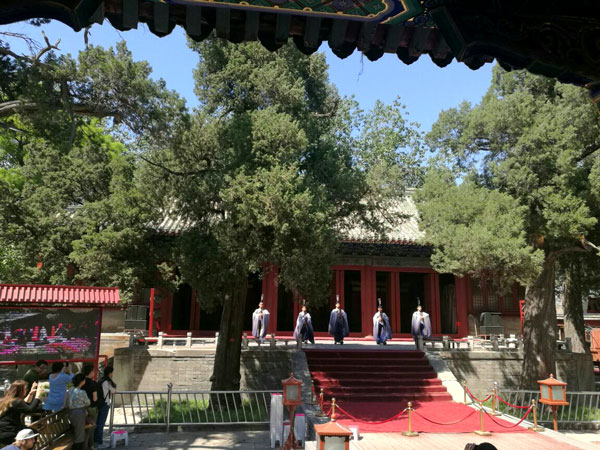 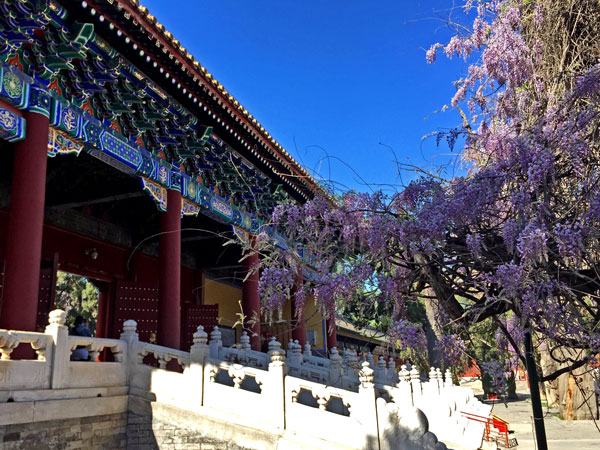 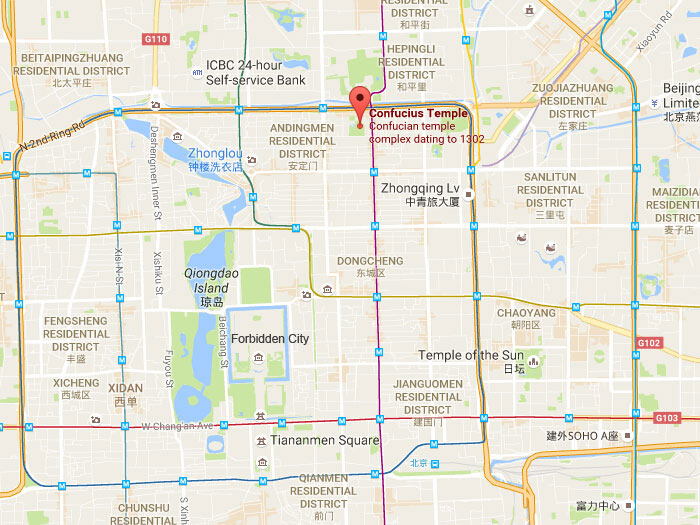 
The Temple of Confucius at Beijing is the second largest Confucian Temple in China after the one in Confucius’ hometown of Qufu. Located on Guozijian Street inside Anding Gate, the Temple of Confucius in Beijing is the place where people paid homage to Confucius during the Yuan Dynasty (1271-1368), Ming Dynasty (1368-1644) and Qing Dynasty (1644-1911). The Temple of Confucius was initially built in 1302 and additions were made during the Ming and Qing dynasties. It has a total area of 22,000 square meters.
This temple consists of four courtyards. The main structures include Xianshi Gate (Gate of the First Teacher), Dacheng Gate (Gate of Great Accomplishment), Dacheng Hall (Hall of Great Accomplishment) and Chongshengci (Worship Hall). Dacheng Hall is the main building in the temple, where the memorial ceremony for Confucius was often held. Inside the temple one can see that 198 stone tablets are positioned on either side of the front courtyard, containing 51,624 names of Jinshi (the advanced scholars) of the Yuan, Ming and Qing dynasties. Also 14 stone stele pavilions of the Ming and Qing dynasties hold the precious historical information of ancient China.

The Temple has many old trees, including one Cypress tree known as the "Touch Evil Cypress". Its name derives from a story that when a famously corrupt official passed by, the tree knocked off his hat.