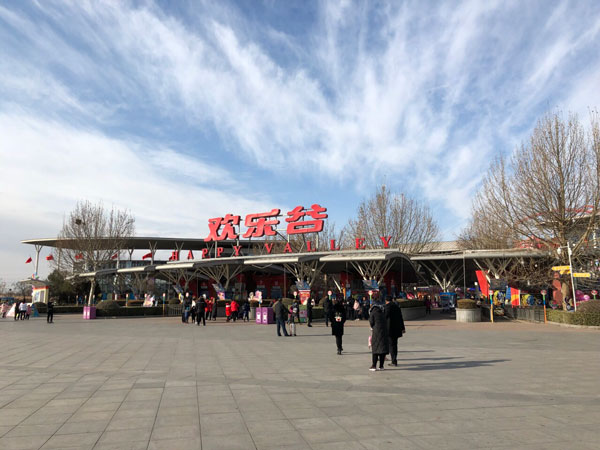 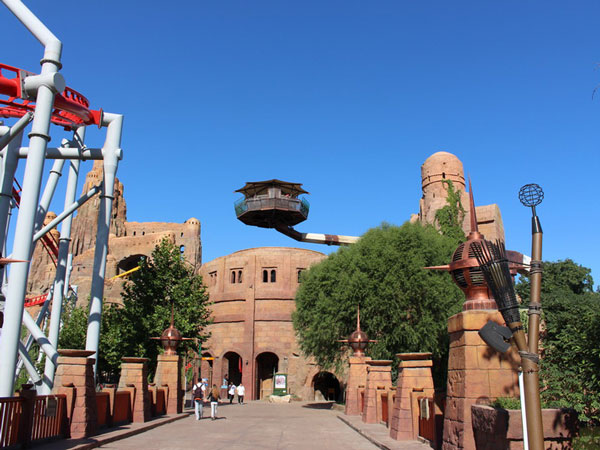 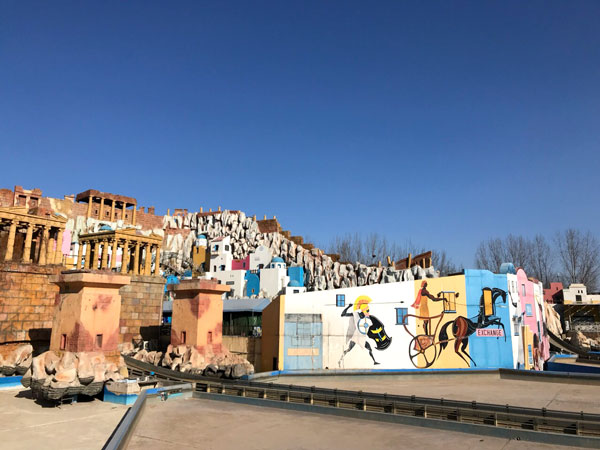 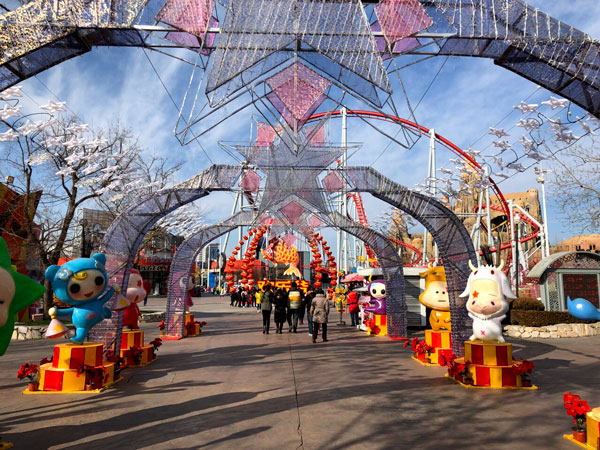 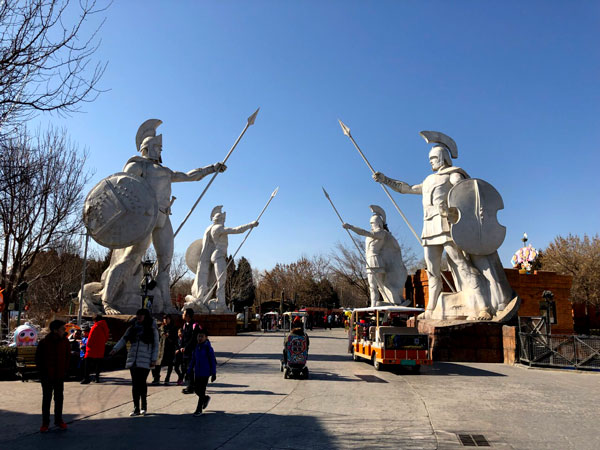 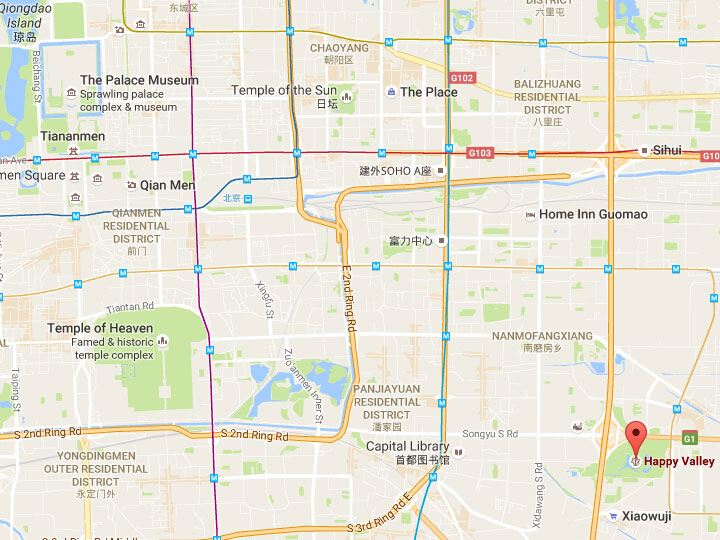 
Beijing Happy Valley is an eco-system theme park to present the modern tourism form in China. It emphasizes on the fashion, interaction, happiness and fantasy for visitors in the park. Gradually, Beijing Haapy Valley became a significant symbol of Beijing modern tourism.
Located in the southeast corner of Sifang Bridge, on the fourth ring road, in Chaoyang District in Beijing, it is your happy theme park, another Disneyland in Mainland China. Covering an area of more than 75 acres (386,102 square meters), it has been open to tourists since 2006 and attracted a lot of visitors from home and abroad.
Beijing Happy Valley is composed of six theme parks, including Firth Forest, Atlantis, Aegean Sea, Lost Maya, Shangri-La and Ant Kingdom. More than 50 scenic sights of culture and ecology are scattered in all direction, to offer you a rare opportunity to experience the charm of various civilizations regardless of the distance of space and time. Firth Forest at the entrance to the park acts as a dividing portal for visitors to enter Atlantis, Ant Kingdom or Aegean Sea areas.

Them Parks in Beijing Happy Valley

【Wild Fjord】
The wonderful Beijing Happy Valley trip will start from "Fiord Forest ". Here you will see colorful glass air trails, sparkling joy square, stylish park gate, beautiful and innocent joy theatre, and green woods. What a perfect combination of fashion and nature!
【Lost Maya】
In Beijing Happy Valley "Lost Mayan" theme area, you will have the opportunity to rediscover the ancient Mayan Kingdom and explore the lost Mayan civilization, accompanied by the great archaeological explorer--- Dr. Norman. During the exploration, the local indigenous turned from the initial hostility to friendship. Because of cultural differences, there always come the interesting episodes between Dr. Norman and the indigenous people.
【Atlantis】
Atlantis area is the code area of Beijing Happy Valley. In this area, visitors can see the life scene which had been lost since the ancient time. Aiming to represent the scenes of Atlantis people who were lived in the deep ocean, designers help people to inspire their imagination towards the ancient culture.
【Aegean Harbor】
It’s a story of the ancient Aegean Sea, in the blue sky and water, among the sunshine, flowers, and bird songs. Open the campaign scroll, explore the life essence, and carry forward the Olympic spirit. In this area, visitors can savor the traditional architectures of Greece including the temple or churches and the local towns.

【Shangri-La】
The story of Beijing Happy Valley Shangri-La theme area takes place at the inevitable road to Shangri-La --- southwest border of South China, a small paradise in deep mountains, where Han, Tibetan, Naxi, Bai, Dai, Yi, as well as Naxi Masuo people live. They live with peace and tolerance, plus the variety of religious and cultural convergences. Town buildings have a sense of history, including Naxi towns, Mosuo wooden house, Tibetan tile houses and Lama temples. From the town, you can see two mysterious snow mountains, named Angrier, and Harder by the local. It’s said that there are terrible snowmen living in the mountain. Starting from the town, there are three roads leading to the Shangri-La: "Exotic Moku", "World Great", and "Spray Drifting".
【Ant Kingdom】

Ant Kingdom may be the most fantastic area in Beijing Happy Valley. It is built in an ant's view, every thing here is mini even to children. From the lifestyle and the living environment of ants, children can learn more knowledge in eco-system, biography, creatures and species which are comparatively difficult for them to understand.