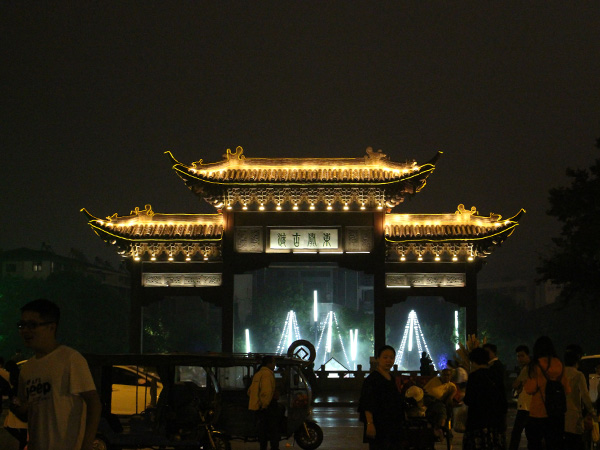 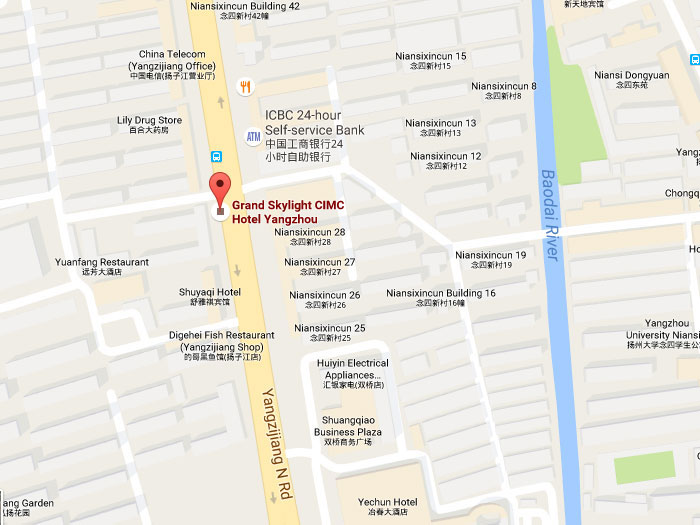 Part of the Maritime Silk Road, pagoda and Islamic scenic spot Puhaddin are along the ancient grand canal

The Ancient Grand Canal in Yangzhou is about 30 kilometers in length. There are dozens of attractions along the river; hence, its tourism value is extremely high. It collects the Yangtze River and the canal, natural and artificial, history and reality, economic and culture, new and old line, city and country; constitute a colorful tourist routes with amorous feelings kinds, variety of scenery and rich connotation.

In this section of the canal, there are famous places of the world's four major religious activities, such as the QiongHuaGuan (Taoism in the Western Han Dynasty); Gaomin Temple (Buddhism in the Sui Dynasty), Puhading Cemeterial (Islam in Song Dynasty) and Catholic church (Catholic in Qing Dynasty). There are sites that reflect the Yangzhou ancient port, water conservancy and the city construction, such as the Shuidoumen, Longshouguan, Dongguan Ancient Crossing and the ancient bay Touzha. Also, there are historical remains of ancient emperors in their Yangzhou Tours, such as the Gudu Jinchun Garden in Guzhou and Longyi'an. In addition, there are Yangzhou salt merchants residential community and Wsbee small garden; a lot of literary masterpiece left by famous scholars in Chinese all previous dynasties.