What Shows to Watch in Guilin

As a famous tourism city in China, show is an indispensable part of tourism industry in Guilin. But what kind of shows are there in Guilin tourists can expect? Singing and dancing show is a bit ordinary in such a minority area. Acrobatic show is not the highlight show in Guilin, although tourists can make up if they miss an acrobatic show in Shanghai or Beijing. We introduce you the local and unparalleled shows as below to enrich your Guilin tour.

The show of Impression Liu Sanjie is an night show, which most tourist have never seen before. It is one of the highlights of Yangshuo tour. The theatre is just in the open are. The stage of this show is Li River and the background of this show of Impression Liusanjie is the 12 hills along or behind Li River. This is a virtual scenery performance. With the vast sky, it consists of the largest virtual scenery theatre in the world, great lighting effect and most original dancing and singing in this region. 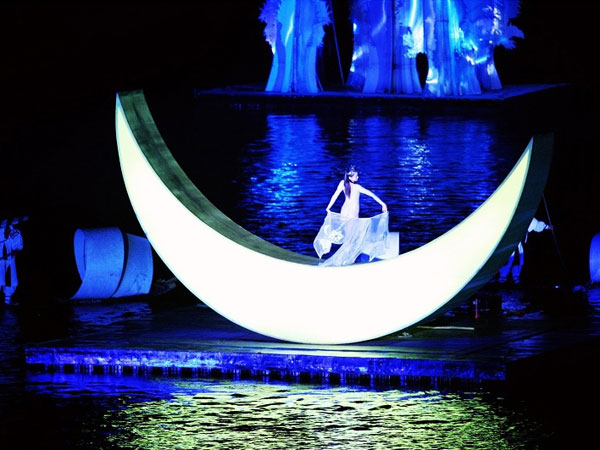 See the Impression of Liusanjie Show

Cormorant fishing is unique in China. This way of fishing has been existing for hundreds of years. The birds do fishing much better at night than at daytime. People sometimes see lights on bamboo rafts in the river. That will be the fishers who use cormorants to fish to make extra income. It is a rare opportunity to get a close look at the fishing and people always wonder how these birds can fish for people. Those who are interested will get the answer and experience after they make reservation. 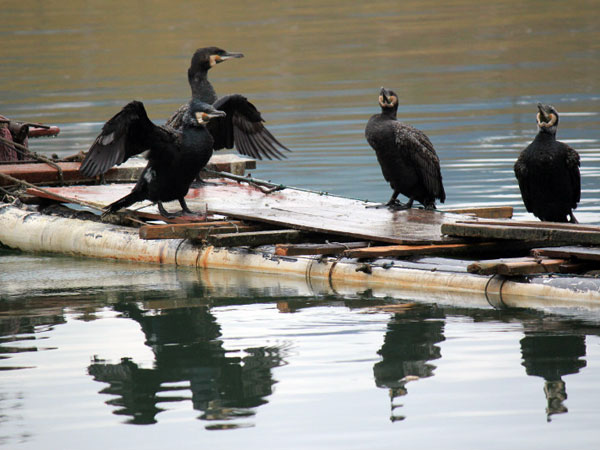 People get aboard on a local boat. It drifts while the bamboo rafts following, so that tourists can watch the performance clearly. Upon the order form the fish man, the well-trained cormorants will dive into water to find fish and catch them. They are so good at diving that they can go under water for quite a long time. When they succeed in getting any fish, they will proudly swim back to the raft and show off to the fish man. The fish man usually award one or two very small fish to encourage them. Of course, the birds also swallow the small fish they catch. Sometimes they do get big carps that weigh 3-4 pounds. With the straw or rope tied around their necks, they would not swallow the big fish they catch. To some extent, this is quite cruel and unfair to the birds. The poor but interesting birds work for man, not for themselves.

Dreamlike Li River Show is a large panoramic landscapes performance in Guilin which is comparable with Las Vegas Show in United States. The performance is a perfect combination of ballet and acrobatics. The special stage and three-dimensional set with the performance of hundreds acrobats and ballet dancers’ performance will lead you to a magnificent dream of fantasy. The performers on the stage all had performed at the Mysterious East Show, and 3 of the acrobatic shows and 2 dancing performances had won International Gold Medal and the National Gold Medal. The theater was built against a hill, and the seats of guest are soft and comfortable sofas equipped with media washrooms. 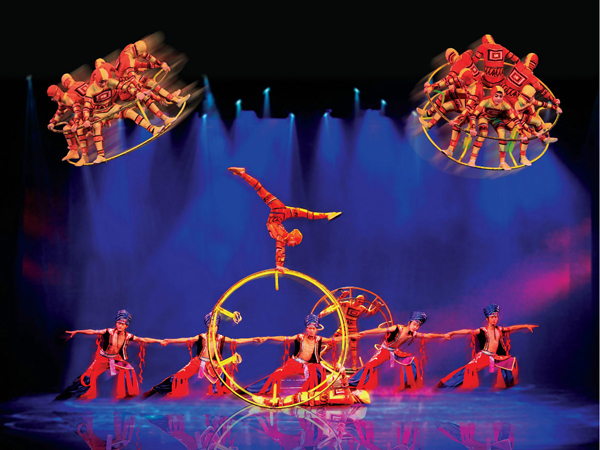 Inspired by the beautiful landscape and unique minority heritage of Guilin, and with extraordinary artistic design and state-of-the art special effects, the show presents a breathtaking entertainment experience to the audience. 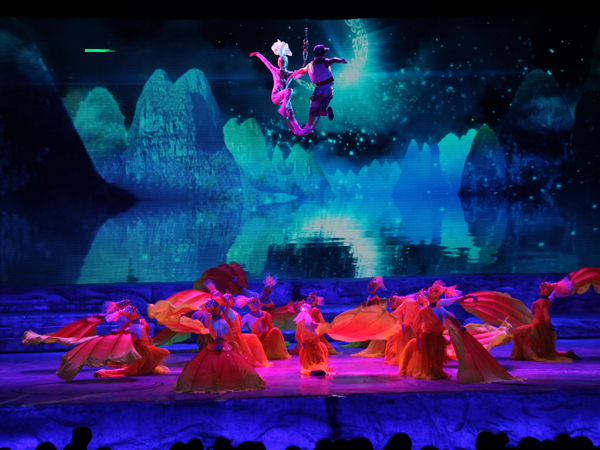 Set against the beautiful scenery of Li River and Xiangbi Hill (Elephant Trunk Hill), Mirage Guilin tells an idyllic and romantic story of people and their love with nature. It features colorful costumes, folk songs, exotic dance, and aerial acrobatics, weaving together a fantastic journey which promises to be both acoustically and visually amazing and unforgettable.

The show is produced by Guilin Tourism & Entertainment Corporation, and directed by the key members of the acclaimed team responsible for the opening ceremony of both the 2008 Beijing Olympic Games and the 2010 Guangzhou Asian Games.