How to Get to Dujiangyan from Chengdu 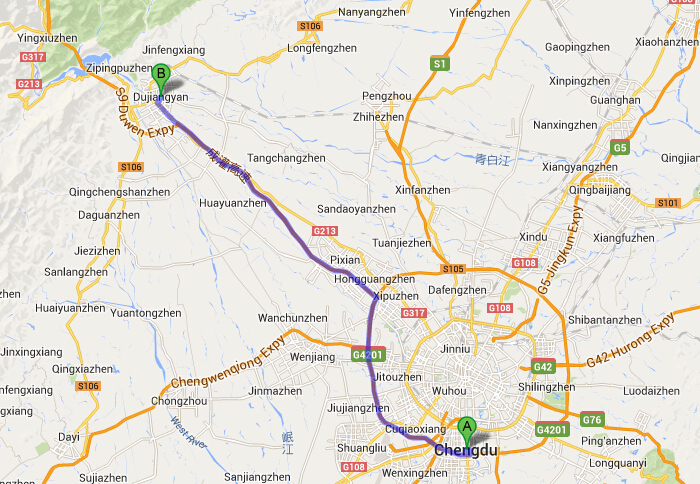 →A is for Chengdu and B for Dujiangyan

Where is Dujiangyan Irrigation System?

How to get to Dujiangyan Irrigation System from Chengdu?

A new express train service now runs from Chengdu's Train Station (take Subway Line 1 to get to the station), with stops at Dujiangyan Station(about 30 minutes), as well as Qingchengshan Station (about 40 minutes). By train is highly recommended, for it saves time for tourists and costs less money compared with taking a bus. The ticket will cost ¥15. It is best to buy tickets the day before your departure, as the tickets are often sold out ahead of time, even on weekdays. Even if you don't buy tickets ahead, trains leaving Chengdu are not evenly spaced throughout the day so it's advisable to check the train schedule a day in advance.

Train Schedule from Chengdu to Dujiangyan

Attentions: There are 21 trains every day. Train Schedule of Chengdu to Dujiangyan is for your reference only. Please check the ticket information including the tickets fares at the railway station or by your TCT tour advisors separately.

To get to Dujiangyan by bus, visitors should take bus from Chadianzi Bus Station in Chengdu (take Subway Line 2 to get to Chadianzi Passenger Terminal). The bus ride will take about 1 hour. The bus drops you off at the front gate of Dujiangyan Scenic Area, which is not actually the start of the trails. You can either climb to the top which takes around 2-3 hours or take a boat across the lake (¥5) to a ropeway (¥35 one way ¥60 round trip) which will get you there sooner depending on the queue. A sedan chair can also be hired for ¥100 or more in which two men carry you up the mountain. Some buses may drop you off at Dujiangyan Passenger Transportation Center, then you need to take Bus 8 to get to Dujiangyan irrigation system area. 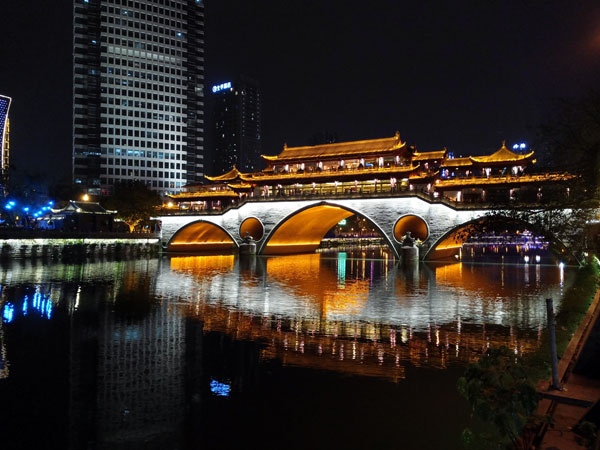