In the heart of Sichuan Province, Chengdu is the largest transportation junction in Sichuan and also in southwest of China. This enticing urban star attracts millions of visitors home and broad every year, with its unique charm and convenient transportation net of urban trunk road, national highway, railway and airlines. Therefore, Chengdu is easily accessible, whether travelling by flights, bullet trains or long-distance bus. It is also connected with many international cities.

How to Get to Chengdu 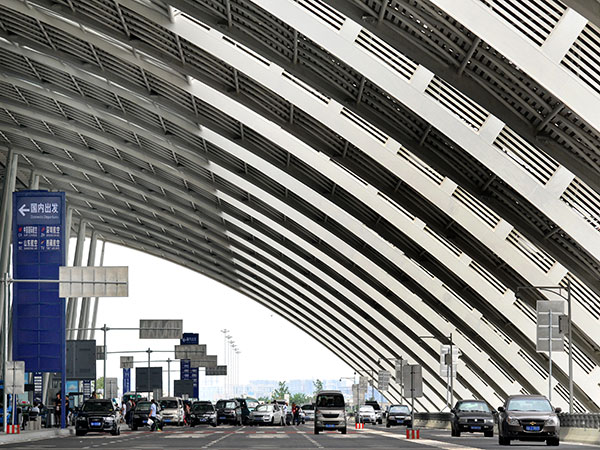 Transportation from airport: Passengers can take airport shuttle bus from Chengdu Shuangliu International Airport to the center of Chengdu City (20 km apart), which departs every 15mins. The ticket price is CNY 8-10 (except Line 5).
There are five airport shuttle bus lines:

As the largest transportation hub in Southwest China, Chengdu is the departure station of many train lines. There are trains from Chengdu to Beijing, Xian, Kunming, Chongqing, Guangzhou, Urumqi, Shanghai, Lanzhou and 20 other main cities in China. It also has Tourism Express Trains to Guangyaun (Sudao Scenic Area), Yibing (Chuannan Scenic Area) and Pangzhihua (Pangxi Scenic Area).
Apart from the conventional trains, travelers can also take bullet trains to Chengdu. The high speed train has much shortened the journey time. For examples, if traveling by bullet trains, it takes only around 2 hours from Chongqing to Chengdu, about 1 hour from Leshan to Chengdu, 14.5 hours from Beijing to Chengdu, and around 14 hours from Shanghai to Chengdu. With the extension of China's bullet train network, we can also expect fast trains from Kunming to Chengdu, Guilin to Chengdu and Xian to Chengdu in the future.
Currently, there are three train stations in Chengdu: Chengdu (North) Train Station, Chengdu East Train Station and Chengdu South Train Station. Most of the bullet trains arrives and departures at the East Train Staion. 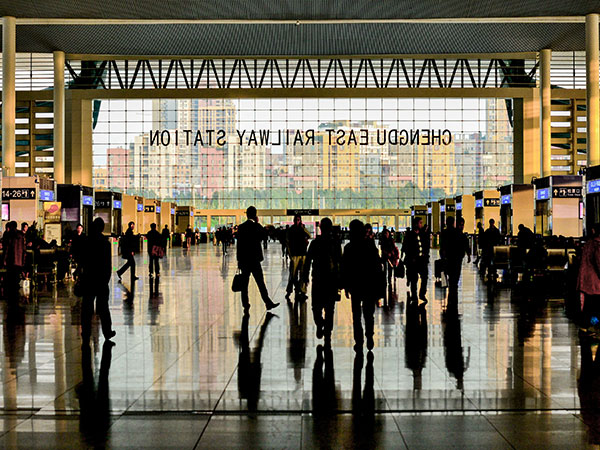 The four subway lines in Chengdu have linked almost all the city attractions, shopping centers, train stations and bus terminals, thus make travelers’ trip in Chengdu very smooth and convenient. The starting fare is CNY 2, and the highest single ticket price is CNY 10. So it is also very money-saving to travel in Chengdu by metro. 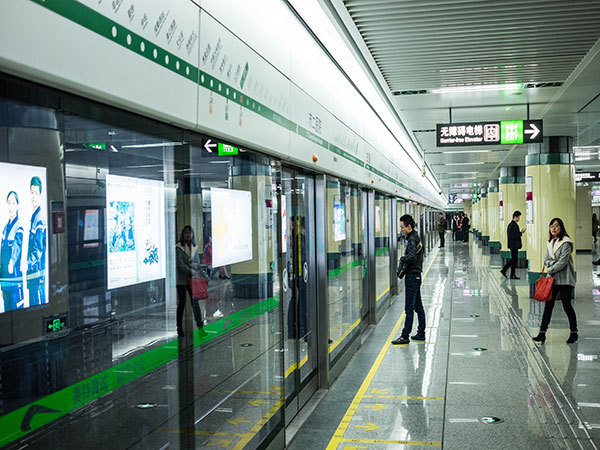 Visitors can take the city buses to most of the scenic spots in Chengdu. Just remember to avoid the rush hours.
Normal bus fare: CNY 1
Air-conditioned bus fare: CNY 2 normally, and CNY 3 after 22:00 at night