Best Places to visit in Chengdu

TopChinaTravel would like to introduce some of the Best Places to visit in Chengdu, to lead you to explore the multi-beauty of this city of recreations. Then, where to visit in Chengdu? Chengdu is such a city that rich in cultural and natural recourses, come with us, you will have chance to visit the cute pandas, to explore the well-known world heritage sites, and appreciate the natural wonders that far beyond your imagination…

Located in the north part of Chengdu, Chengdu Research Base of Giant Panda Breeding covers an area of over 600,000 square meters, is a non-profit research and breeding facility for giant pandas and other rare animals. This huge institution replicates the natural habitat of the giant panda and is dedicated to preserving and increasing their population so they will not become extinct. 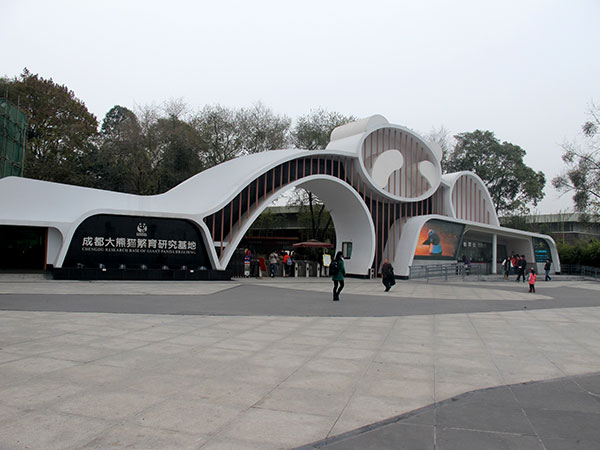 One of the biggest attractions is the panda breeding center where you can watch the baby pandas through glass in their playpens. You are not allowed to photograph the baby pandas, as the flash can hurt their eyes. Another highlight is the video you watch about the reserve and panda reproduction and learn how a panda gives birth to a baby cub. The baby just slides out and at the first time mothers don't know what it is, so it is common for them to accidentally kill the baby as they swat it around if the researchers can not help out in time. In all, it is nice to see all in the panda breeding center.

Located in the west part of Guanghan City, 40km away from Chengdu city, Sanxingdui Museum is a large modern thematic museum exhibits the relics and unearthed artifacts that discovered from Sanxingdui, the ruins of the capital of the ancient Shu, a Kingdom over 4,000 years ago, is recognized as one of world's most important ancient remains because of its vast size, age and cultural contents. 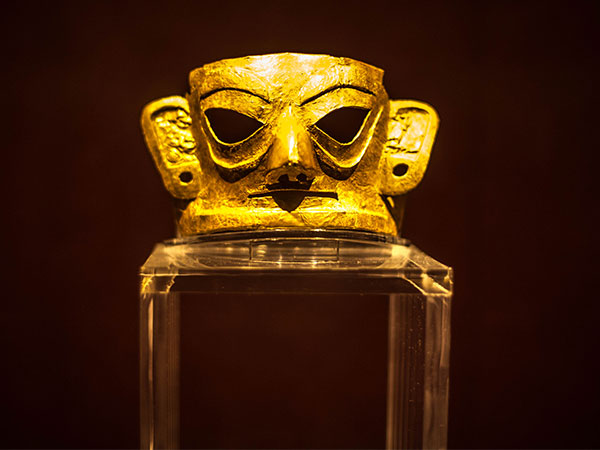 Mt. Emei scenic area locates 150 km to the southwest of Chengdu, is a famous sightseeing attraction and one of the sacred mountains of Buddhism. Seen from afar, the undulating mountain range of Emei resembles a girl's eyebrows, hence the name. 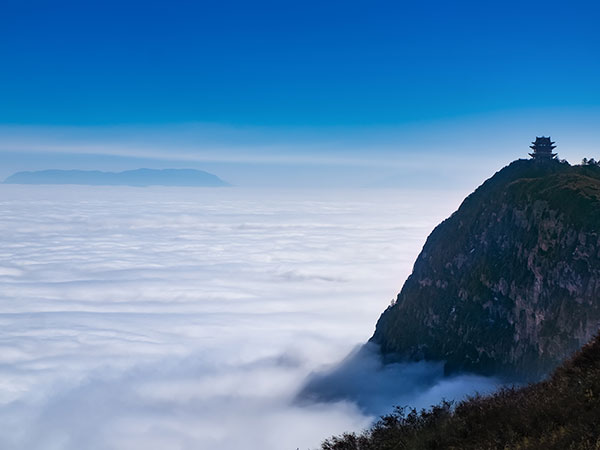 It is the enlightening place of Samantabhadra, the Bodhisattva of moral. There are 26 temples on the mountain. The Golden Summit, gathered the most representative religious and sightseeing attractions of Mt. Emei, especially famous for its 4 great spectacles, which are sunrise, clouds sea, Buddha’s Auro and scared light. It was made a UNESCO World Heritage Site in 1996.

Seated 137 km to the southwest of Chengdu City, Leshan Giant Buddha is the tallest stone Buddha statue in the world. With a total height of 71 meters, it is carved out of a cliff some 1,299 years ago. The construction was started in 713, led by a Chinese monk named Haitong.

This Buddha faces Mt. Emei, with the Minjiang, Dadu and Qingyi rivers flowing below his feet. This site was listed on the World Cultural and Natural Heritage in 1996. 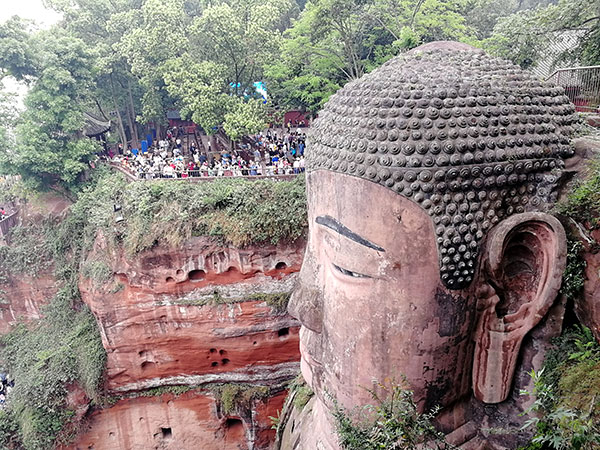 The statue depicts a seated Maitreya Buddha with his hands resting on his knees. Maitreya is the future Buddha, who will appear to preach the dharma when the teachings of Gautama Buddha have faded away. Maitreya was especially popular during the 4th to 7th centuries, and his images are found throughout the Buddhist world, conveying his characteristic air of expectancy and promise.

Situated in the northern part of Sichuan Province, Jiuzhaigou Valley is a well-known fairyland that features perennially snow-capped mountain peaks, verdant and lush forest, stretches of serene lakes, and various birds and animals. Upon entering the resort, you will find yourself strolling in a fairyland, leaving behind nothing but earthly troubles and vexations.

It is also a world of water, the clearest in the world. Water brings Jiuzhai Valley its most enchanting views, which is the soul of the place. Bright green waters, icy waterfalls, colorful forest (especially in autumn) and pure snow mountains surrounded, all contributing to the unique view of Jiuzhai Valley and earning it a place on the UNESCO World Natural Heritage List.