As the capital of China, when it comes to Beijing, you probably think of the Great Wall, Tiananmen Square, the Forbidden City, etc... In fact, in addition to these particularly famous attractions in Beijing, there are numerous hundred-year-old streets worth exploring. What old streets in Beijing are worth exploring? For a more enjoyable Beijing tour, knowing the following Top 9 Historical Streets to Explore in Beijing.

Dashilan Street, located in the Qianmen area and south of Tiananmen Square, is the oldest and most prosperous commercial street in Beijing with the unique style. Dashilan area served as the main hub of commerce over 600 years ago. Plenty of century-old shops on this street are still full of vitality, Liu Biju, Quan Jude, Dong Lai Shun, Go Believe, etc, make Dashilan different from other old streets. 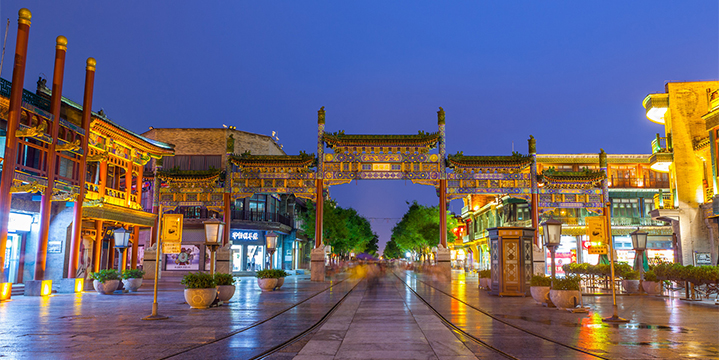 Liulichang Cultural Street is the most important ancient cultural street in Beijing. This street is outside the Peace Gate of Xicheng District. The street is full of traditional shops selling diverse Chinese handicrafts, artistry, antiques, ancient books, calligraphy, paintings, rubbings and other items. As the most cultural street, Beijing Liulichang Ancient Culture Street has a history of more than 300 year and is famous both at home and abroad. Many foreign tourists will come here to experience the rich traditional Chinese culture. 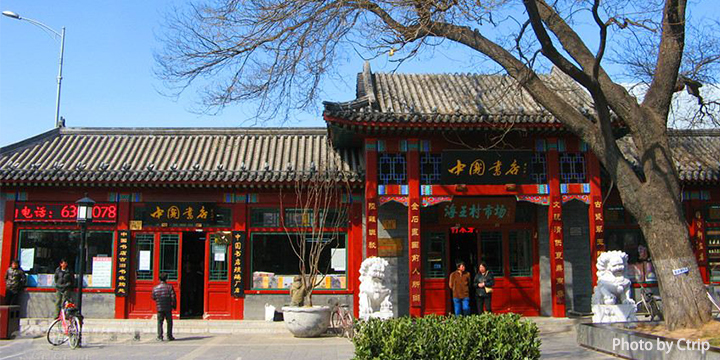 South Luogu Lane is one of the oldest streets in Beijing, and many foreign travelers list it as a must-see attraction in Beijing. Nanluoguxiang runs from north to south and is about 800 meters long. It used to be a rich area, and now it is a very distinctive bar street in Beijing and the most complete quadrangle courtyard area in Beijing. There are also lots of interesting restaurants, coffee shops, boutiques and shops selling handicrafts, curios and other unusual items. 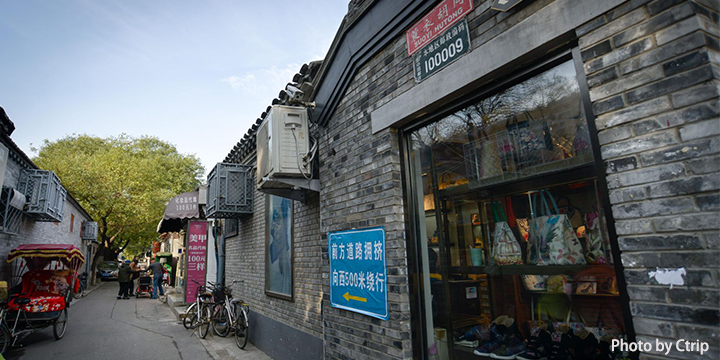 Guozijian Street or Chengxian Street, lied in the Andingmen Gate of Dongcheng District, Beijing, is an east-west Hutong with a history of more than 700 years. It is named after the well-known Confucian Temple and the Imperial college. It condenses the essence of Chinese traditional culture and has become a unique cultural scenic spot in Beijing with its elegant, tranquil, solemn and mysterious environment as well as rich historical and humanistic connotations. 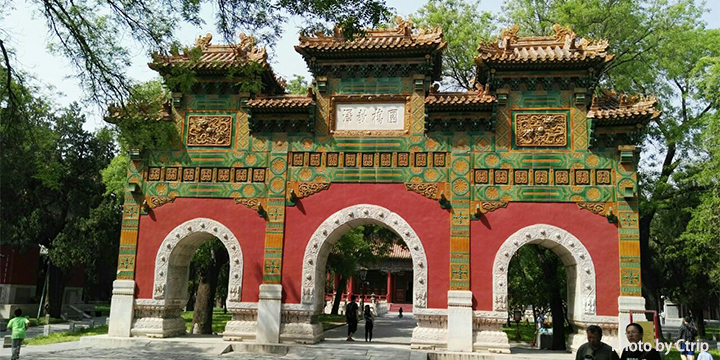 Wangfujing Street, enjoyed a reputation of "Golden Street", is one of the most popular and busiest commercial pedestrian streets in Beijing. It is located in Dongcheng District, Beijing. The length of the street is 1,818 meters and it can be divided into 4 sections from south to north. You can see the prosperity of Beijing, sample various yummy Beijing snacks, buy delicate products from local handcrafts and souvenirs to fashionable and luxury products in Wangfujing. 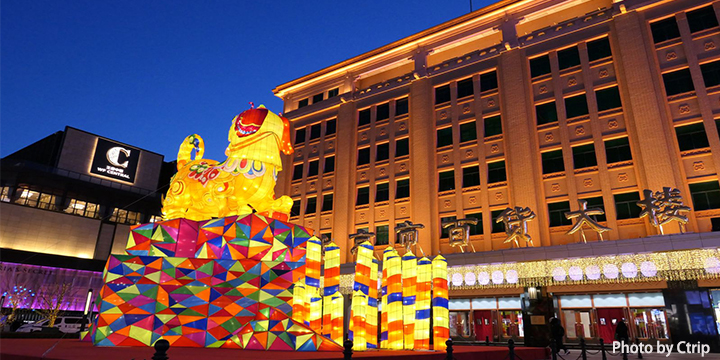 The 236-meter-long street is the oldest commercial street in Beijing. During the Qing Dynasty, it mainly operated smoking utensils, decorated calligraphy and painting, and sold antique jade articles. The slender street is like a tobacco pole, and the entrance at the east end is like the mouth of a tobacco pouch, so it is named after "tobacco pouch"(Yandai in Chinese). Now the Yandai Xie Street has been a good place for everyone looking for gourmet, antiques, and ancient architecture in Beijing. 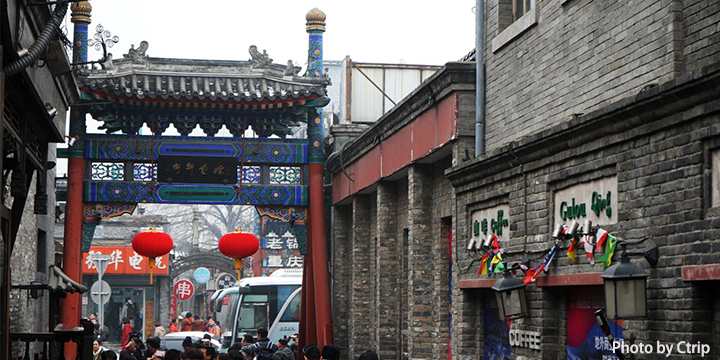 Nanchizi Street is located on the north side of Dongchang'an Street in Dongcheng District, on the east side of the Palace Museum. The south of Nanchizi Street starts from the site of the Imperial City Wall, which was the forbidden place of the royal family in Ming and Qing Dynasties. Now, on the east and west sides of Nanchizi Street, there are important historical relics such as Dongyuan, Huangshicheng Temple and Pudu Temple in the Qing Dynasty, as well as different sizes Hutong of Feilongqiao Hutong, Duankou Hutong and CikuKu Hutong. It is an old street that Beijingers often go to. 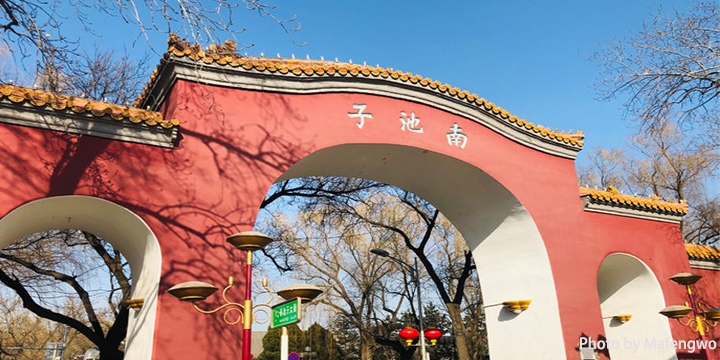 Shichahai Bar Street is the most artistic bar gathering place in Beijing, mainly distributed in the lotus market and Qianhai section, near Yindian Bridge, and Houhai. This is the ancient water area in Beijing during the Yuan period 700 years ago. Here, the Prince Gong’s Mansion, the Alcohol Prince’s Mansion, the Qing’s Prince’s Mansion, and other Fuen University’s ruins are worth seeing. As the famous “Nightlife” hinterland in Beijing, it has become the hometown of classical tradition and modern fashion, oriental culture and Western culture. 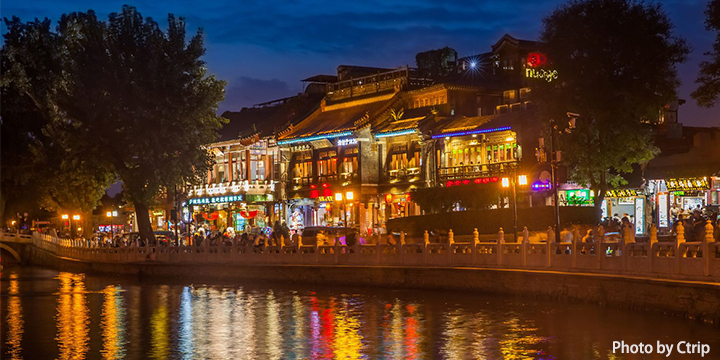 Dongjiaominxiang Alley or Legation Quarter is the longest hutong in Beijing, which is 1552 meters long. In the Ming and Qing Dynasties, Dongjiaominxiang is the seat of the court office. In modern times, it was once a famous embassy district. Britain, France, the United States, Russia, Japan, Germany, Belgium and other countries have established embassies in Dongjiaominxiang. Today, the western buildings on both sides of Dongjiaominxiang Alley have basically kept their original appearance and are mostly the office sites of state organs. 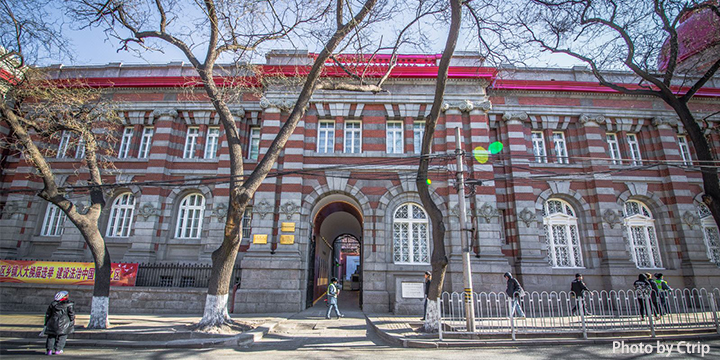