Marked as the must-go destination in China tours, Beijing is the gateway to enter into this ancient oriental nation. With the development and the globalization tendency, Beijing tourism industry has become an international industry rather than a national one.
Tourism in the urban economic development in the industry, position, and gradually increase the economic role of the tourism industry to boost the urban economy, social employment, driving force, as well as the promotion of the role of culture and the environment becomes increasingly obvious. Tourism is a pillar of China's economic development industries. 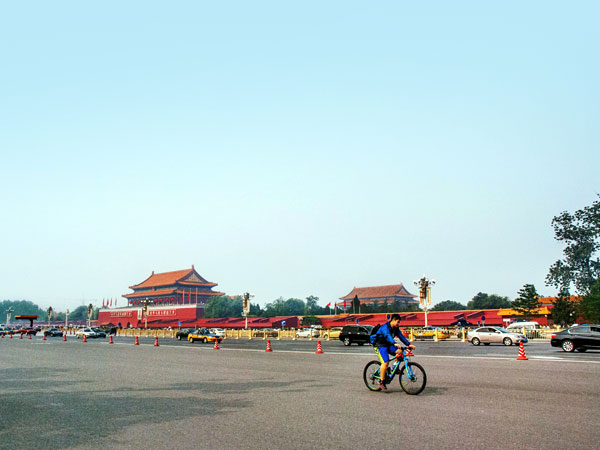 In the past, Beijing tourism focused on the landscape tours. Great Wall, Forbidden City, Beihai Park, Summer Palace and some ancient architectures were the major attractions for travelers. During the recent decade, because of the rapid economic development and the Olympic Games in Beijing, the structure of Beijing tourism had changed dramatically. The products of Beijing excursions have changed from the traditional and cultural sightseeing tours into modernized city excursion, recreational and vacation tour, convention as well as business exhibition group which includes high-ended products for Beijing tourism.
Tours integrated with culture, sports and modern activities gradually became the main trend. Besides that, business travel as well as conferences and exhibitions based traveling is slowly getting its position in the market of Beijing tourism. The revenue from business travel and conference travel has covered 40% from the total income of foreign exchange in Beijing. On the other hand, 30% from the income of domestic tourism is contributed by these kinds of tourists.
Tourist Information Centers in Beijing provide useful information about the city. These centers have a team of friendly and highly trained people. Besides, the staff at the centers is expert in at least two languages, including English. The centers are equipped with Touch Screens providing information on all tourist attractions in Beijing. Tourists can get emergency numbers and souvenirs from here. Besides, tourists can also register their complaints at Beijing Tourist Information Centers.
Beijing Tourist Information Center

Beijing Tourism Administration
Beijing Tourism Administration (BTA) is a functional department of the Beijing Municipal Government. Its major responsibilities lie in planning and promoting the growth of the tourist industry in Beijing, formulating and executing tourism policies, and fostering and supervising the development of the tourism market.
In recent years, BTA seizes the opportunity of the 2008 Beijing Olympic Games to promote Beijing’s travel and tourism industry by developing a series of well-received theme events, such as the Beijing International Tourism Expo, Beijing International Cultural Tourism Festival and the Exoticism of Beijing Fascinates the World. Such annually held events have effectively enhanced the popularity and attraction of Beijing. Meanwhile, BTA is vigorously intensifying its regulatory function of the tourism industry, and effectively improving the service quality of the industry in an effort to creating a favorable environment for visitors from all over the world.