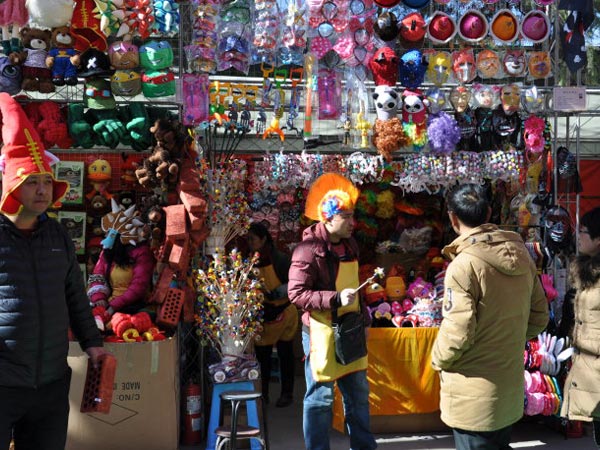 What to see in the Beijing temple fair
Temple fairs culture stems from temple fairs. Temple fairs in Beijing are initially held around the temple, then held in specified places, as time goes on, and finally evolves into a type of culture.The features of Beijing temple fairs are definitely the folk performances and a variety of folk handicrafts, as well as the local snacks. Performances like yangko dance and lion dance are visible almost everywhere. Within this kind of carnival, folks put on the traditional Chinese clothes as well as play joyfully.

When is the Beijing temple fair
In Beijing, temple fairs were held in turn every 10 days at the White Pagoda Temple, the Flower Market,the Huguo (Protect the Nation) Temple, the Longfu (Intense Happiness) Temple and the Earth Temple. There would be also the yearly Changdian (Factory Grounds) Fair put on in the first 15 days of the first lunar month and the yearly Pantaogong (Peach of Immortality Palace) Fair put on the third day of the third lunar month inside the Dongbianmen (Eastern Informal) Gate. Those fairs mentioned previously occurred repeatedly over 300 years. The majority of Beijing temple fairs are generally held in the Spring Festival period. 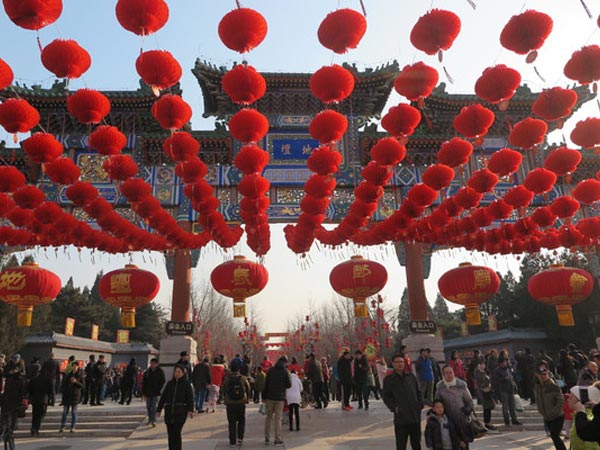