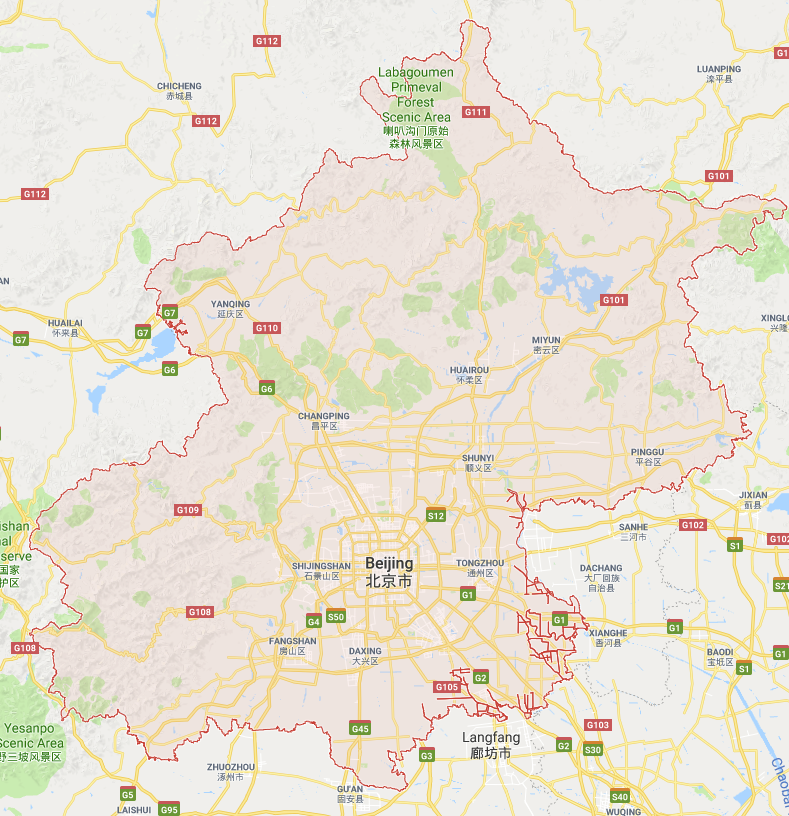 According to the environment and industry development, the 16 districts in Beijing can be listed in four types:

The optimum meeting point of new Beijing and old Beijing, culture essence of China nation with the representation of royalty culture is embodied in Dongcheng. Dongcheng District is the most centralized district of Beijing Cultural relics and historical site. As the most central district, it covers the seatern half of Beijing’s urban core. It is 41.84 square kilometres in area and has a population of 822,000. 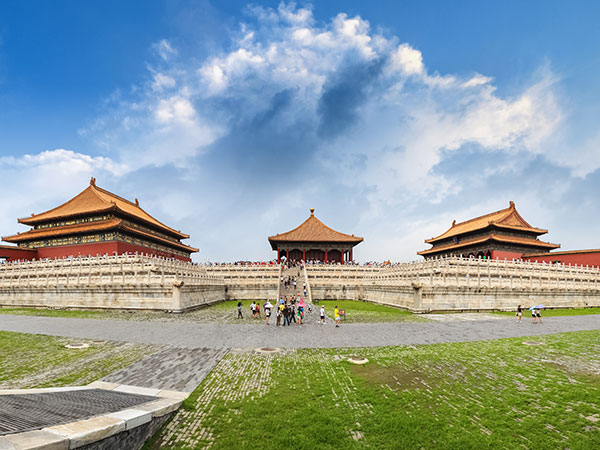 The history of Xicheng District is quite long. Since ancient times, it connects with the development of Beijing City closely. Xicheng District is an important carrier of capital Beijing, the political and cultural center. And it is an important financial and commercial activity district. If you come to Xicheng District, it is better to visit the former residence of celebrities, and perhaps they were once your adoring idols. When you enter into their former living place, you can steel be touched by their personality charm.
Xicheng district originally belonged to Jixian County during the period from Qin Dynasty, Han Dynasty to Sui Dynasty, Tang Dynasty and Five Dynasties, and then was incorporated into Wanping Xian County during the period of Liao, Jin, Yuan, Ming, Qing Dynasties. The present Xicheng district administrative area was the western part of the capital of Yuan, Ming, Qing Dynasties in history. After the founding of People's Republic of China, on April 18th, 1950, the Central Government divided the area of Beijing into 16 districts.

Haidian, located in the northwestern part of Beijing’s urban area, is a major functional district of the city. On this fascinating soil, many of the latest achievements have been recorded through the perfect fusion of traditional Chinese culture and modern science and technology. Boasting of charming landscape, profound cultural ethos, abundant high-caliber talents, advanced modern sci-tech industries and pastoral ecological environment, Haidian is one of the most appealing districts with great dynamism and innovative spirit in China.
Haidian, meaning sea and shallow lake in English, is named for its much water. Just as a result of this, enjoying the beautiful scenery brought by mountains, water, forest and fountain, Haidian retains a great number of vast temples and royal gardens without parallel in history and in future.. In Ming and Qing dynasties, construction of gardens in Haidian reached a period of great prosperity. The present campuses of Beijing University and Tsinghua University were just the scenic gardens winning universal praise in Ming Dynasty – Shao Yuan (spoon Park) and Qinghua Yuan (Tsinghua Park); “though man made but seemed God created” “three hills and five gardens” are on the scroll of fame. Today’s Haidian has been the pioneering position initiating hi-tech as Zhonguancun-China’s Sillicon Valley is just here. Experience the glamour of modern hi-tech culture in the dynamic Haidian.

Fengtai District is a suburban district of the municipality of Beijing. It lies to the southwest of the urban core of the city. the famous tourism scenic spots in Fengtai District include the War of Chinese Resistance against Japan Memorial Hall and the Historical site Marco Polo Bridge (Lugouqiao) etc. before 1990s. The World Park opened in 1993 which inproved the image in a whole of the tourism district entertained 2,700,000 person-times of domestic and foreign tourists in 1998. There are more than 10 tourism scenic spots in the whole district at present. 1 of them is key cultural relics protection unit at nation level and 7 of them are key cultural relics proction unit at city level. Fengtai is listed as the first station of Capital Southwest tour by Beijing Tourism Bureau.

Shijingshan District is an urban district of the municipality of Beijing. It lies to the west of the urban core of Beijing, and is part of the Western Hills area. The district consists of 9 subdistricts of Beijing's city proper.
Shijingshan District, “east close to the emperor’s court, west adjacent to the Hunhe River”, is named after the Shijingshan Hill within the district which is usually known as the first fairy mountain in capital Beijing. With beautiful natural landscapes, precious humanism resorts, joyful recreation and entertainment centers, Shijingshan District enjoys three major locations for relaxation and entertainment that have their won special features respectively.
One of the highlights in Shijingshan attractions is the Fahai Temple which contains top frescos of Ming Dynasty, reflects like a bright pearl with the elegant and green Panlong Hill. Another one is the famous Badachu Park which is extrodinarily spelendid like the Charles’s Wain among the Lishi, Pingpo and Cuiwei Hills.

Tongzhou District is a district of Beijing, the capital of People's Republic of China. It is located in southeast Beijing and considered the eastern gateway to the Chinese capital. Downtown Tongzhou itself lies twelve miles from central Beijing, at the northern end of the Grand Canal (on the junction between the Tonghui Canal and the Northern Canal) and at the easternmost end of Chang'an Avenue. The entire district covers an area of 906 square kilometers, or 6% of Beijing's total area. It had a population of 590,000, and has seen significant growth and development since then. The district is subdivided into 4 subdistricts of the city of Tongzhou, 10 towns, and 1 ethnic rural township.
Tongzhou has a long history of more than 220 years since its foundation in Xihan Dynasty. Relics unearthed in Tongzhou indicates that human beings had lived here as early as the Neolithic Age; In 195 BC, Liu Bang, the first Emperor of Xihan dynasty, set up the county here; In 25 AD, the first year of Donghan dynasty, the emperor Liu Xiu renamed it as Lu County; In 1151 AD, when the ruling power was the Jin dynasty, the emperor--King Hai Ling set up a new feudal province and renamed County Lu as Tongzhou since the Chinese character Tong could fully describe the importance of the Great Canal in transportation; In 1914, Tongzhou was renamed Tong County; In 1997, it was, by the State Councilis confirmation, renamed Tongzhou and became one of the districts in Beijing.

Shunyi District is located in the northeast of Beijing. It is 30 miles away from the Beijing city center. With an area of 1,020 square meters, major ethnic groups in Beijing Shunyi District are Hui, Man and Han minorities.
Southern Shunyi is a hive of construction activity - not unlike hundreds of other parts of China. In the Tianzhu Development Zone - the region abutting the airport to the west - the largest international exhibition centre in China has just been opened. Shunyi District had served for the 2008 Olympic Games for the rowing, canoeing, and kayaking events. The newly Shunyi Olympic Rowing-Canoeing Park was the place to hold these activities.
When Beijing Capital International Airport was first built, Shunyi was a subdistrict of Chaoyang. When Shunyi was promoted to full districtship, Chaoyang maintained direct control over the airport so although the airport is completely surrounded by Shunyi district, it is not administratively in Shunyi; it pays its taxes to the Chaoyang government.

Fangshan District is situated in the southwest of Beijing, 38 km away from the downtown Beijing. It has an area of 2,019 square kilometers and a population of 1,188,000. The district consists of 28 townships (streets), 459 administrative villages, and 154 community neighborhood committees.
Fangshan District in Beijing may be a historical district because of the ancient sites. The most famous site Peking Man site in Zhoukoudian is located in this district. It is the most ancient mankind by far and is also one of the richest cultural sites which have been found in the world concerning the ancient mankind site. Another site which refers to the Buddhism is Yunju Temple, a temple has contained the most stone inscriptions in the world. “Shidu” which means Ten ferries is a famous scenic spot with beautiful scenes here and there.

Huairou District is situated at northern Beijing. Huairou District, covering an area of 2123 square kilometers, is divided into 12 towns and 2 ethnic rural townships with a population of 373,000. It is 50 kilometers from the city center (about a 1½ to 2 hour drive); 90 percent of it is mountainous area. Its major agricultural products are chestnuts, walnuts, hawthorns, sweet pears, and apricots.
The long-lasting history of Huairou can be dated from the Tang Dynasty over 1300 years ago and the jurisdiction remains the same as that in 1368. On December 30, 2001, Huairou District was officially set up under the approval of the State Council. In ancient Chinese, the character 'Huai' means "Coming', and 'Rou' means 'Appeasement’, when coming together they mean benevolent rule, national unity and mutual development.

Pinggu District lies at the extreme eastern end of Beijing municipality, and borders Tianjin municipality near Ji County. It has an area of 948 square kilometers and a population of 437,000. The district is subdivided into 2 street, 14 towns, and 2 townships.

Located in the west Beijing, Beijing Mengtougou District has an area of 1,448 square kilometers. It is subdivided into 4 streets, 1 district and 8 towns.
The district was purely a rural area well into early 1990s and was not considered as part of Beijing by the urban population, and as of today, many parts of Mentougou remain quite rural. The 6th Ring Road cuts through the eastern, more urbanised section of Mentougou Precinct.
Mentougou is gaining popularity as a tourist destination. Among its main sights are the temples of Jietaisi, Tanzhesi, Miaofengshan, Lingshan Mountain, the highest mountain around Beijing, and Chuandixia Village.

Miyun District is situated at northeast Beijing, which is the largest district in Beijing. It has an area of 2,229 square kilometers and a population of 478,000. Miyun District has jurisdiction over 17 towns, 2 sub-districts, and 1 township (regional offices).
Attractions in Miyun District are featured the ancient architectural characters. Sites in Miyun District, Beijing mix the ancient culture in villages and dwelling ruins with unique local civilization. Miyun people entertain visitors by inviting them to be involved in their daily life so that tourism in Miyun District develops very well as one of the leading industry here.
One of the most beautiful sections of the Great Wall Simatai - Great Wall is located in Miyun District. The undeveloped surroundings of this section make Simatai Great Wall as a dreamland for many photographers.

Yanqing District governs 3 streets, 10 towns, and 4 townships. It is a haven of peace you can actually touch. It is a magic paradise for businessmen who are seeking somewhere to invest and hoping to realize their ambitious dream. It is the famous summer resort on the outskirts of Beijing -Yanqing, about 40 minutes' drive along the Badaling Highway from downtown Beijing.
About 74 kilometres northwest of downtown Beijing, Yanqing enjoys a convenient transportation facility. Badaling Highway, No 110 State Road, Jingbao (Beijing-Baotou) Railway and Daqin (Datong-Qinhuangdao) Railway connect Yanqing with its surrounding districts and regions. Convenient transportation offers a guarantee of Yanqing's future development.

Yanqing is spacious but sparsely populated, boasting great potential for further economic development. In an area of 2,000 square kilometres, there are only 280,000 people residing. Thanks to the special topography, the average temperature in Yanqing is about 4 degrees lower than that in the downtown area of Beijing, which offers an ideal condition for promoting summer resort tourism and ice and snow activities in winter.