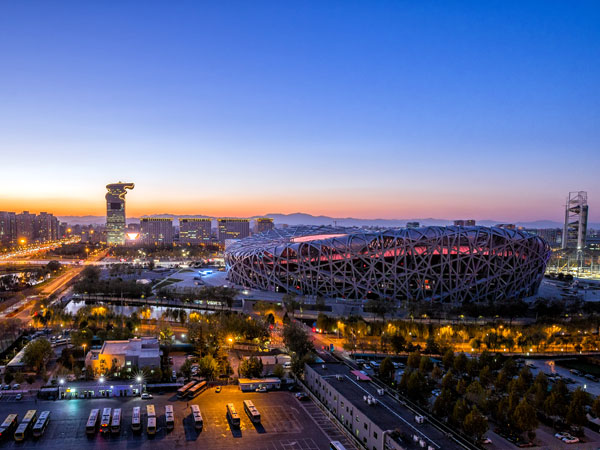 Beijing dialect is quite appealing. Travelers from other areas generally make a complaint that they rarely learn what Beijing local people talked about. Beijing local people chat quickly using a number of colloquial words and phrases. Although the Beijing dialect and Standard Chinese are quite similar, a variety of distinctions usually make clear to Chinese speakers whether a person is really a local of Beijing speaking the local Beijing variant or is definitely a person communicating in Standard Chinese. Beijing dialect characteristically utilizes several words and phrases which is usually regarded as slang, and thus appear much less or not at all in Standard Chinese. People definitely not local to Beijing sometimes have problems knowing some or the majority of these.

What follows is a list of colloquial expressions of Beijing, which can provide you with fantastic assistance:
bié jie — do not (Usually used when rejecting a favor or politeness from close friends)
bèir — very, especially (referring to manner or attribute)
diār le — to leave; to run away
cuō huǒr — to be angry
zhé — way (to do something)
sóng / niār — no backbone, spiritless
sa ya zi — to let go on feet, to go, leave.
èr bǎ dāo — a person with limited abilities, klutz
xiāo ting — to finally and thankfully become quiet and calm

Features of Beijing dialect
Beijing dialect is the closest language to the Mandarin dialect. Many of such slang words employ the rhotic suffix -r much more than Mandarin. All rhotic vowels are the result of the use of the -儿 /-ɻ/, a noun suffix, except for a few words pronounced /ɑɻ/ that do not have this suffix. The Beijing dialect is softer compared with Mandarin. And there are quite a number of local words. The old Beijing residents keep more local words. Many Beijingers themselves describe the Beijing dialect with "Pi", which means riffraff in Chinese. Examples include:
kōumér – stingy, miserly (may be used even outside Beijing)
qíxiǎor – since a young age
tàocír – to toss into the hoop; used of basketball

In addition, Beijing dialect has broad slur speech sound changes, which we generally called "syllable fusion". For example, in fast speech, initial consonants go through lenition if they are in an unstressed syllable, so bùzhīdào ("don't know") can sound like bùrdào.