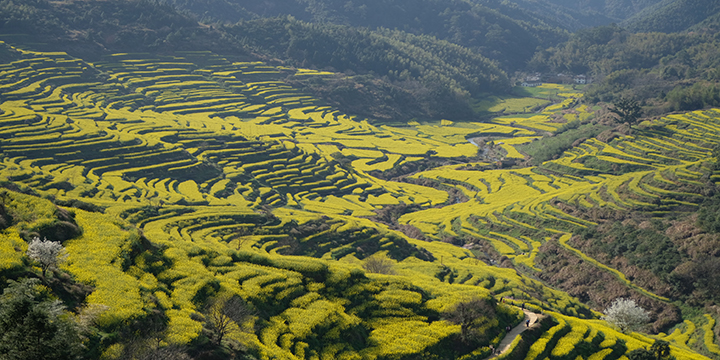 What is Rape Flower

Rape flowers (Latin name: Brassica campestris), native to Europe and Central Asia, is an annual herb of the Cruciferae family. In China, it is concentrated in Wuyuan county of Jiangxi province, Hanzhong Basin, Luoping county of Yunnan province, and Menyuan Plateau of Qinghai province.

When to Photograph Rape Flowers in Wuyuan

Generally, the flowering phase of Wuyuan rape flowers is from March to April, earlier or later. Sometimes it differs by half a month. There are many factors that affect the flowering phase, such as the weather condition, rapeseed varieties and topography. 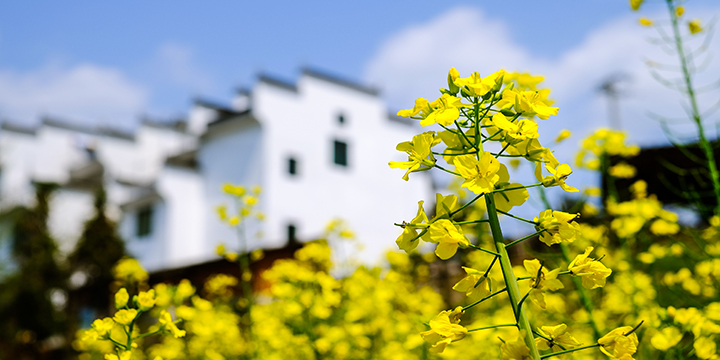 Where to Photograph Rape Flowers in Wuyuan 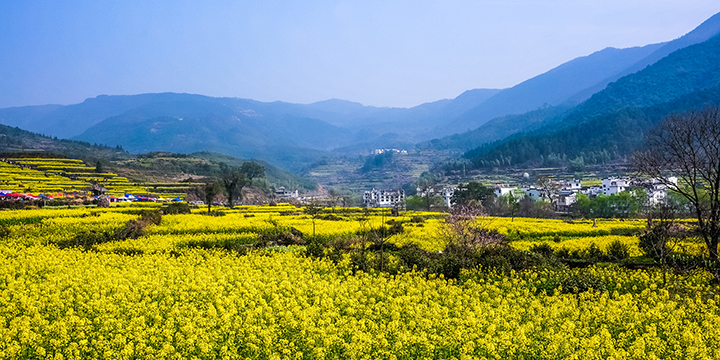 The most beautiful rape flowers are concentrated in the east line, which is the most popular route for rape flowers photographers with multiple photography themes:

Jiangling, located in the northeast of Wuyuan County, is Wuyuan' s ace spot and the representative of Wuyuan' s idyllic scenery. It is also the most famous rape flower photography base in Wuyuan. At the beginning of spring, the golden rape flowers are blooming on the terraces, winding around the mountains, spreading from the top to the bottom of the valley. Jiangling now has four viewing platforms, the second platform of which has a small plank road, where you can shoot the terraced rape flowers and ancient villages from different angles.

Likeng is a small water village surrounded by mountains. The Hui-style ancient buildings in the village are still well –preserved. There is a large rape flower field in front of the village. Standing on a nearby hill and shooting the panorama view of Likeng, you will find that the Hui-style architectures and golden rape flowers constitute a vivid landscape painting.

Yueliangwan is a moon-shaped island on the way to Likeng. There is a village and scattered rice fields beside Yueliangwan (Moon Bay). The best angle to shoot the panorama view of Yueliangwan is on the nearby mountain from where you can see the whole moon shape of the bay. When it is in the peak blossom season of rape flowers, the entire bay is yellowing, and the view is extremely stunning. You can also rent a bamboo to tour around the "moon", which is also a wonderful experience. 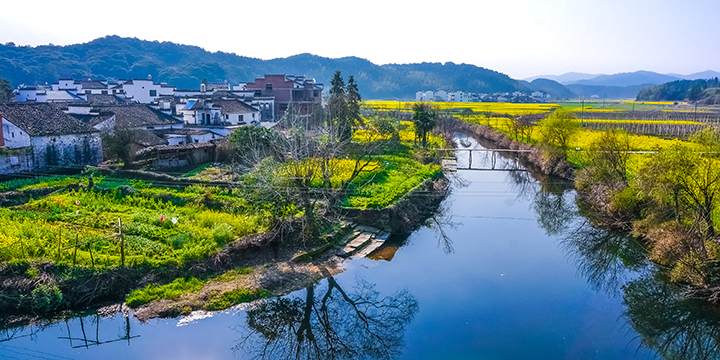 The sharpness of the image is a crucial factor in shooting rape flowers. It is suggested to choose low ISO. Only in this way can the details of rape flowers be expressed more delicately.

Adjust the Exposure Compensation according to the environment

The exposure at shooting time should be considered in combination with the natural and human scenery, such as the landscape, architecture and trees related to rape flowers on the scene, and exposure compensation should be made according to the comprehensive needs or the performance subject. If there are many high-brightness objects such as distant mountains in the picture, the exposure amount needs to be increased, and if there are dark-tone forests, the exposure amount should be reduced.

It is difficult to present the details in distant scenes or large scenes. Therefore, it is necessary to focus on the arrangement of color blocks and make good use of large areas of yellow blocks and cooperate with buildings and trees to express the beauty of the large environment. The middle scene is more suitable for presenting the sense of lines and layers. Most photographers currently popularize digital SLRs, and the image resolution is greatly improved. The middle scene chooses dense objects to express the details and layers of flowers. When processed properly, it can become a nice idyllic painting.

Take good advantage of the light

The color of rape flowers can be emphasized with smooth light, so that the saturation of yellow can be best shown. The sidelight is more suitable to express the three-dimensional layered sense of rape flowers. For example, when shooting a large-scale scene, if you want to show the level changing and three-dimensional sense of the rape flowers field at different positions such as mountain slopes, side. it is recommended to use sidelight. Backlight is more suitable for shooting close-ups or medium shots. When the exposure is accurate, the texture of rape flowers and leaves can be better displayed. If you shoot under diffuse light, it is better to choose a relatively simple background as a contrast. Otherwise, small flowers can be easily submerged in the background. 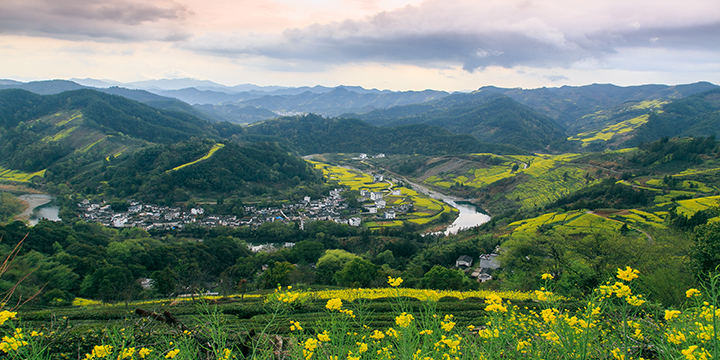 Usually, when shooting rape flowers in a certain place, the photography purpose is not just shooting the yellow flowers but mainly to show the regional scenery in that area. The image of Wuyuan rape flowers is often mixed with the local Hui-style ancient dwellings, which increase the content and visibility of the image. If you are shooting rape flowers at a local water village, you should take full advantage of the rich colors changing from the river surface, which will highlight the rape flowers in the foreground. 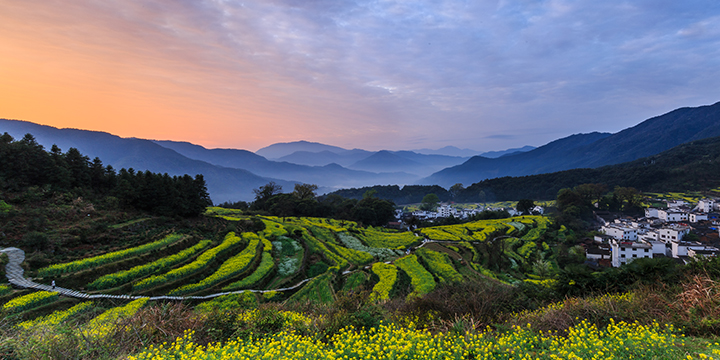 Enjoy a Photography Tour in Wuyuan

We hope that the Photography Tips for Rape Flowers in Wuyuan will help you plan a trip more smoothly. Or you can let us help you with all the arrangements. 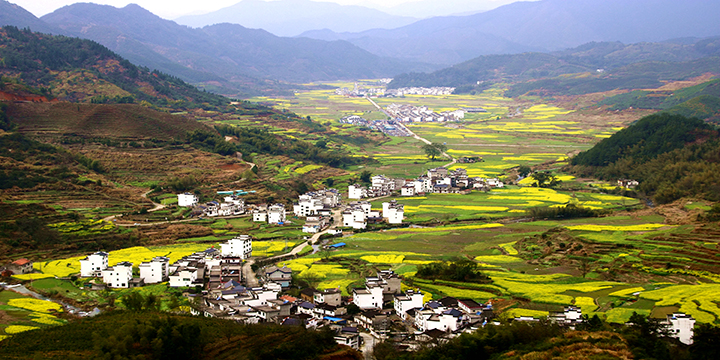