Flower Tour in China: Photography Tips for Lavenders in Ili

In European tradition, lavender seems to be naturally related to love, and a lot of love legends or folk customs are involved with lavender. The flower language of lavender is waiting for love. Having the same latitude and Mediterranean climate with Provence and Hokkaido, Ili Kazakh Autonomous Prefecture, located in northwestern Xinjiang, is reputed as the largest lavender planting base in China. With a total planting area of 2,000 hectares of lavender, Ili will become a purple sea during the blooming season.

Photographers who like shooting flowers will plan a photography tour and flock to Ili to record the purple lavender sea. Let's read on to know some photography tips for lavenders in Ili. 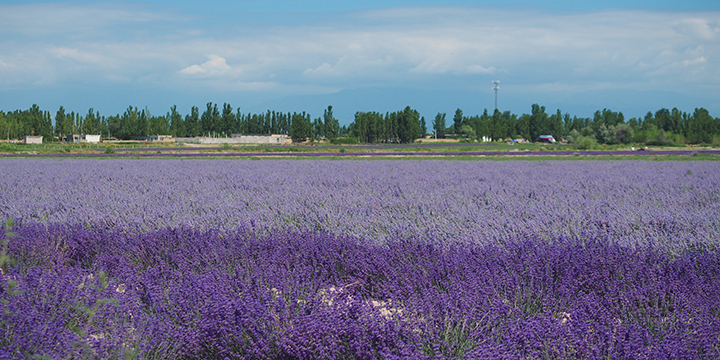 Lavender (Latin scientific name: Lavandula angustifolia Mill.), also known as perfume plant, spirit vanilla, vanilla and yellow vanilla, belongs to labiatae, and it is a small shrub. Lavender is wild in the southern foothills of the Alps along the coast of the Mediterranean Sea in France and Italy, as well as in Spain and North Africa.

When to Photograph Lavenders in Ili 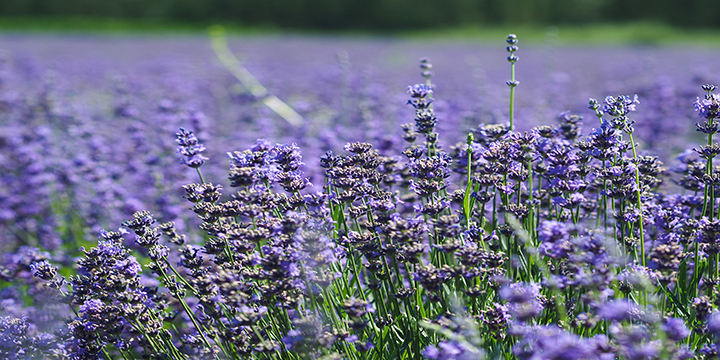 Where to Photograph Lavenders in Ili

Huocheng County holds a lavender festival in June every year, which makes it the most popular tourist destination in Xinjiang during the flowering period. There are large areas of lavender fields on both sides of Huocheng's highway. The most famous planting bases in the local area are Princess Lavender Garden and the 65th Regiment Field of the Fourth Agricultural Division.

Princess Jieyou Lavender Garden is located in the Qingshuihe Town, Ili, Xinjiang, an important town on the ancient Silk Road. It is the largest lavender garden in Yili and the most popular lavender garden among tourists. There is a lavender museum in the garden with introductions of the types, extraction process of lavenders and various lavender planting samples. Qicaihuatian is the most important viewing area, located in the center of the garden, and the best time for viewing lavenders is from June to July every year.

Photography Tips for Lavenders in Ili

Soft focus lens usually produces severe vignetting at large apertures with superb blurring capabilities. It flattens the background of the picture and makes it clear and concise, thus playing the role of highlighting the subject.

Whether it's shooting flowers, portraits or animals, backlighting is undoubtedly the photographer's most favorite theme. Some details, textures, light and shadow changes can only be expressed under backlighting. Backlighting can show unique artistic beauty. Shooting from the backlight, you can use spot metering, and point the focus on the brightest petals.

Lavenders have fewer "buds" and are mostly growing with branches, so it is not suitable to use close-up shooting. If the photographer is not sure about the composition, he can use a telephoto lens to shoot and relatively simplify the composition through blurring. Although lavenders are mostly shot in the form of flower sea, the subject can be highlighted with more textures. However, it is not recommended to use single lavender as the subject. Multiple lavenders in the foreground and the background will show the audience strong contrast and avoid the visual monotony.

Using Lines to Guide the Focus of the Picture

Lavenders are mostly planted in ridges. Photographers can make full use of these lines to guide the viewer's eyes to the points of interest we want to highlight. Photographers directly face the lavender field, allowing the field lines to converge on the horizon. Such as sunsets, trees, wooden houses, gazebos, etc., are also props that we should make full use of, and then find a "foothold" for the sight.

The Applying of Colors

When shooting lavender flowers, the overall color tone of the screen is mostly purple. If the whole picture is of purple, the effect of the picture is not good and stunning. We should actively look for the colors around the lavender fields, such as blue sky, yellow sunflower sea, green bushes and other pure colors with high saturation to highlight purple. Please avoid too many color elements. 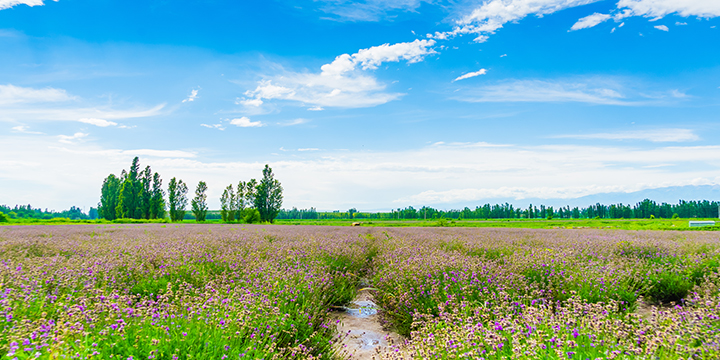 Lavender Fields under the Blue Sky

When is the best time to photograph lavenders, of course, the answer is morning, one hour before and after the sun comes out. At this time, the light is obliquely close to 180 degrees. The light is not strong and has a warm color temperature, which is very suitable for taking pictures. In addition, the color of lavenders belongs to cool colors, and photographers can use the warm colors of dusk to highlight the purple lavenders by backlighting.

Enjoy a Flower Tour in China

When planning a flower tour in China, Ili, with great lavender fields, will be an ideal choice for you. As there are two seasons for lavenders in Ili, you can choose your travel date from May to August.

Just contact us if you have interests, all your ideas will be included in the travel plan. Moreover, you can have a tailor-made tour if you also want to visit other places in China.