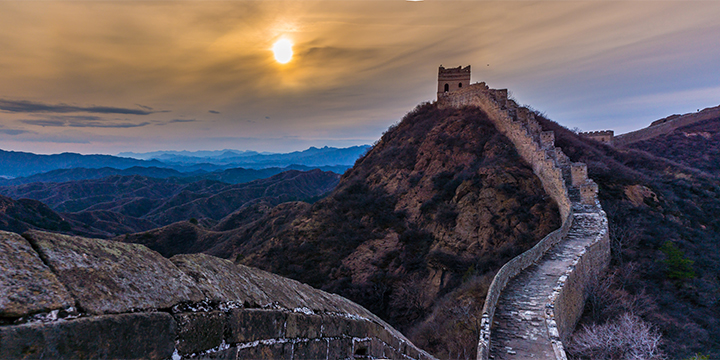 Best Places to Photograph the Sunrise

As the paradise for photographers, Jinshanling Great Wall have attracted many photographers coming here to shoot the picturesque sceneries. Besides, sunrise and sunset are also their favorites. If weather permits, you will have the opportunity to shoot the sea of clouds. The best places to shoot the sunrise are the Small Jinshan Tower, Flower Tower, Eastern Five-window Tower and General Tower. 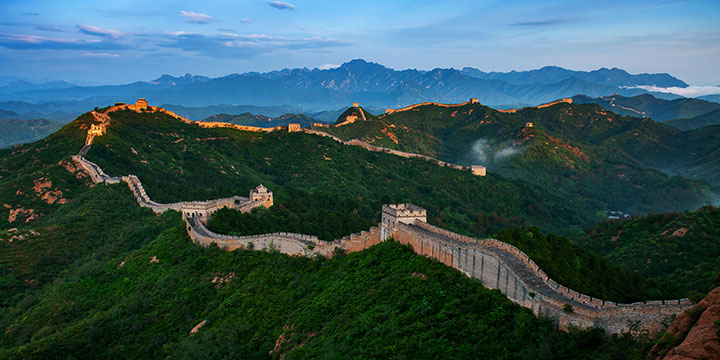 Best Places to Photograph the Sunset

A photography tour is not complete without sunset photos. The best places to shoot the sunset in Jinshanling Great Wall are General Tower, Western Five-window Tower, Yaogou Tower and Gaojian Tower.

The Small Jinshan Tower, a two – floors building, was built in 1569 with an altitude of 498 meters. It's made of masonry and the interior building is shaped like boat roof.

The Flower Tower was built in 1579. It is a masonry structure building with superb architectural craftsmanship. The stone structures such as doors and windows, made of white marble, were carved with various flowers and beasts. That's why it's named the Flower Tower.

The General Tower, with an altitude of 475 meters, was built in 1569 and renovated in 1985. From the far and near steps on the north side, there are beacon walls, branch walls, horse-retaining walls, moon walls and barrier walls on both sides of the enemy tower, which construct a solid military defense system. What's more, the General Tower is the essence of the military defense system of the Great Wall. 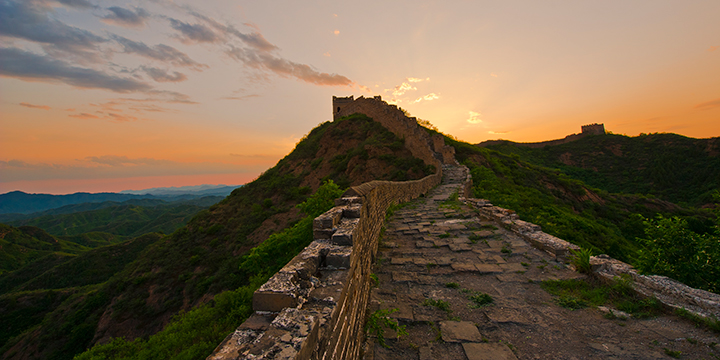 Enhancing the Expression of the Clouds and Fog

The cloud is a natural reflective object in the shooting, which can spread the red light of the sun, thus constantly change the color and composition of the image. Clouds can also be used as the main sources for shooting. But pay attention to observe the situation that when the cloud covers the sunset, and the light will shoot from behind the cloud which will create stunning effects.

When shooting the sunset or sunrise, place the sun in the center of the screen to allow the sky to occupy 1/3, the water surface or the ground to occupy 1/3, and the foreground to occupy another 1/3 of the photo. You can also let the sky occupy 2/3 and the surface water or the ground occupies 1/3. The rule of the thirds composition is a more convenient and direct composition method. Photographers should pay attention to the horizon when shooting.

How to Get to Jinshanling Great Wall

Take Line 13 or 15 to West Wangjing Station, and then take the tourism shuttle bus to Jinshanling Great Wall.

Good to know: If there are less than 20 passengers, you will be arranged to another shuttle bus at Jinshanling Scenic Area Service Center to Jinshanling Great Wall.

If you find it too troublesome to take public transportation to Jinshanling Great Wall, you can rent a car and travel with an experienced English-speaking guide from Top China Travel. Our guides are very professional and are familiar with all the routes, so they know better where to shoot the best photos. With the guidance of our guide, you don't have to waste time on the road, or worry about getting lost and any emergencies. It is comfortable and flexible. 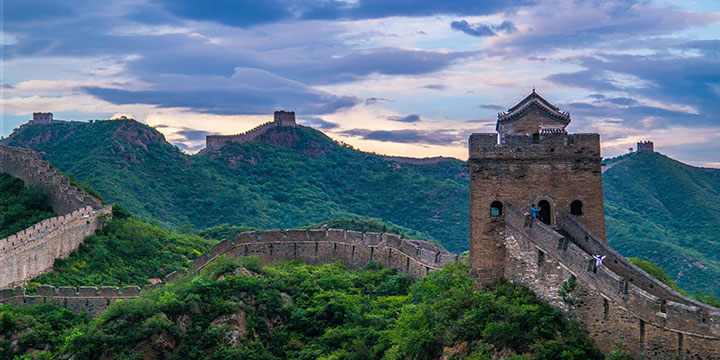 Have a Photography Tour at Jinshanling Great Wall