Mount Everest (Qomolangma), located on the Himalayan mountains, on the border between the People's Republic of China and Nepal, is covered with snow all the year round. With a height of 8,844.43 meters, it is one of the most beautiful and impressive mountains in China.

How to name the world's highest peak was once a challenge after its height was established.

Mount Everest was briefly referred to as "Everest” in western countries, and literally translated as “Holy Mother”. It was called Sagarmāthā or Sagar-Matha by Nepal people, but was announced as Qomolangma or chomolangma by People's Republic of China.

How was Mount Everest Named? 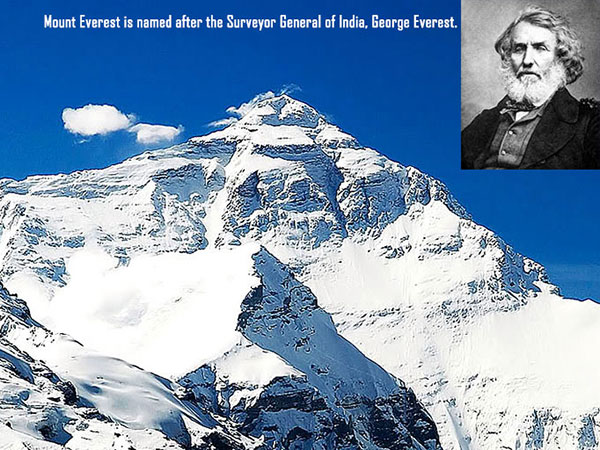 Before the year of 1865, the European and American countries as well as parts of Asian countries called this peak ad "Peak XV", and after 1865 it was officially named Mount Everest.

While the survey wanted to preserve local names if possible (e.g., Kangchenjunga and Dhaulagiri), Andrew Scott Waugh argued that there are so many local names and it was hard to pick one better than all others. He recommended naming the mountain as Peak XV after his predecessor who was the Surveyor General of India, George Everest. George Everest opposed his recommendation and told the Royal Geographical Society that the name Everest could not pronounced by native Indians and written in Hindi. Though there were many objections of Waugh’s propose, the Royal Geographical Society still officially adopted the name Mt. Everest for the world’s highest mountain in 1865. And the pronunciation of Everest /'evərist/ is different from that of the Sir George’s first name Everest /'i:vərist/. 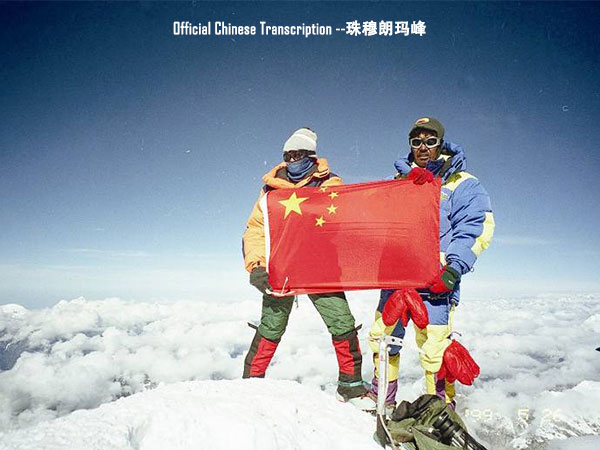 The name Mt. Everest is popular used in western countries by not so accepted by Tibetans and Chinese.

The Tibetan name for Mount Everest is ཇོ་མོ་གླང་མ (IPA: [t͡ɕʰòmòlɑ́ŋmɑ̀] with its official Tibetan pinyin form, Qomolangma. It is also popularly romanised as Chomolungma and as Jo-mo-glang-ma or Jomo Langma. The official Chinese transcription is 珠穆朗玛峰, whose pinyin form is Zhūmùlǎngmǎ Fēng. It is also infrequently simply translated into Chinese as Shèngmǔ Fēng (圣母峰 literally “Holy Mother Peak”).

In 2002, newspaper, Chinese People’s Daily, published an article making a case against the use of "Mount Everest" in English, insisting that the mountain should be referred to as Mount "Qomolangma", based on the official form of the local Tibetan name. The article argued that British colonialists were not the “First Discover” of the world’s highest mountain, as it had been known to the Tibetans and mapped by the Chinese as "Qomolangma" since at least 1719.

There are many local names for the world’s highest mountain, such as Kangchenjuga, Dhaulagiri, Deodungha, Chomolungma, etc, which are mainly named by Nepalese and Tibetans.

What is Mt. Everest's Name in Nepalese? 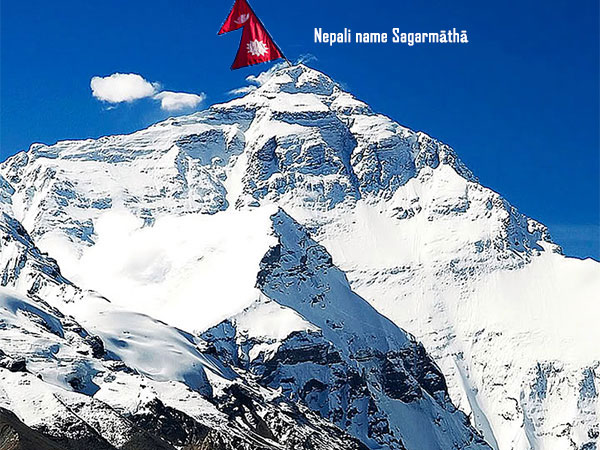 In the early 1960s, the Nepalese government gave an official Nepali name for Mount Everest, that is Sagarmāthā or Sagar-Matha (सागर-मथ्था).

The name comes from the local use of Vedic, sagar means "sky" while māthā means "head", the meaning of " Sagarmāthā is "the forehead of the sky".

Baburam Acharya, a prominent Nepali historian, published his article in 1938, for the first time pointing out that the region has always called this peak "Sagarm".