Mount Everest National Nature Reserve, also known as Qomolangma National Nature Reserve, was established in 1988 and promoted to be a national nature reserve in 1994. It is set for protecting the Highland ecosystems in this area. There is rich hydropower, light and wind energy resources. With unique biological geographical feature, natural landscape, ethnic culture and historical sites, the reserve is also a very popular destination for tourists all over the world. The scientific value of the reserve is incalculable. It is also the study base for the researches of plateau ecological geography, plate movement, uplift of plateau, environmental science and some other sciences. 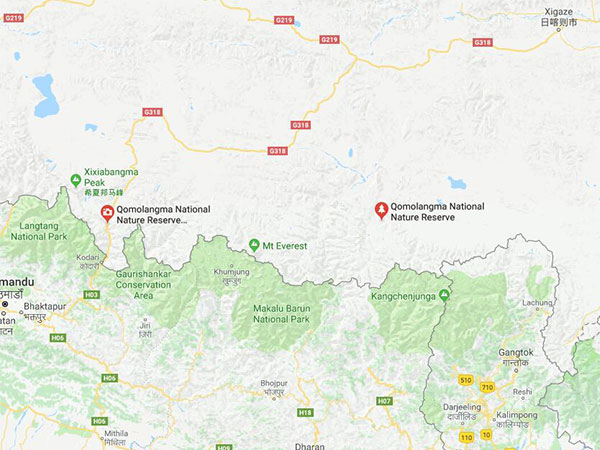 Qomolangma National Nature Reserve is situated at the border between China’s Tibet Autonomous Region and the Kingdom of Nepal. It is roughly located in north latitude 27°48ˊ--29°19ˊ, east longitude 84°27ˊ--88°. The whole reserve covers an area about 33,810 square km with a relative altitude of 7408m (1440m—8848m).

From the south boundary, the reserve stretches northwards to Yarlung Zangbo River in Geelong County and South Tibet Watershed in Tingri County. The east reserve starts from the Nadangqu and Haqu watershed, Pengqu breach of the Yalung Zangbo River in Nyalam County, extending west to Dinggya County. 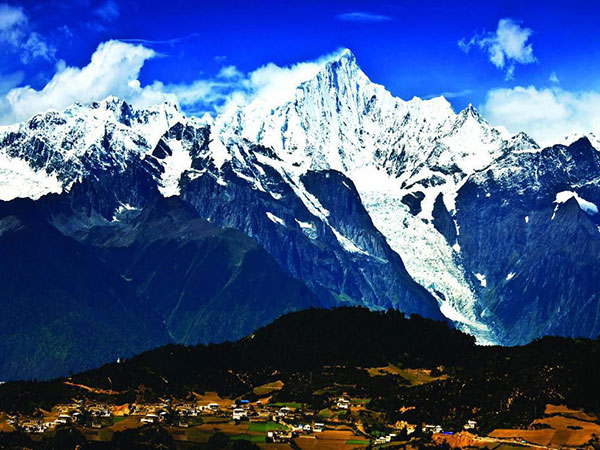 The Mount Everest Natural Reserve contains the highest mountain in the world--- Mount Everest and the other four peaks with altitude of more than 8,000 meters. The reserve lies on the border of Tibet and the Himalaya highlands, and hence forms the most distinctive biological and geographical area in the world. The diversified ecosystem in the area is basically in the origin status, with abundant species, especially special species in the reserve. The scientific value of the Mount Everest Natural Reserve is priceless, for it is precious resources for researching of highland geography, plate movement, and other subjects.

Most area of the reserve is located in the north slope of Mt Everest with ground elevation from 4000 to 5000 meters, and mostly belongs to the cold and semi-arid continental plateau climate. Only in the south area which is at an altitude of 2000 meters below is hot and humid.

The annual sunshine hours of mt. Qomolangma nature reserve are 3,323 hours, and the percentage of sunshine was 75.3%. 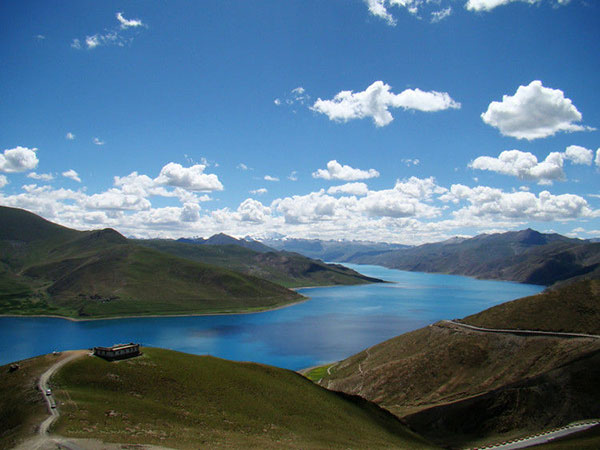 The core zones occupy 30.33% of the whole reserve, covering an area of 10,324.85 square km, are source bases of the species resources and research bases to save and protect the rare and endangered species and explore the biological resources.

There are seven core zones in Qomolangma Nature Reserve. Five of which are located in the southern flank of the Himalayas. They are Tuolong ridge, Rongxia, Xuebu hillock, Jiang village and Gungthang which representative of forest ecosystems in humid and semi-humid mountain areas.

The other two core zones, namely Mount Qomolangma and Mount Shishapangma core reserve, are the representatives of the shrub and grassland ecosystem in the semi-arid plateau of the northern Himalayas.

The scientific experimental zones cover 6254.93 square km, 18.64% of the whole reserve. They are located at the outer edge of the core zones and are buffer zones established to ensure that core reserves are protected from human activities.

There are five scientific experimental zones in the Qomolangma nature reserve, including Chen tang, Pazhuo - kada, Nyalam, Gillon and Gungthang.

The economic development zone is 16561.3 square km, 51.03% of the whole reserve and are political, economic and cultural center of the Qomolangma nature reserve. It is the most densely populated and active area in the protected zone, distributed in the northeast of the reserve, covering 48% of the reserve, but concentrating more than 70% of the population in the reserve.

Located in the heart of the area, the largest town in Qomolangma nature preserve, the town of Shelkar, is the site of the reserve management service center, and is the center of politics, economy, culture and education of the whole protected area. 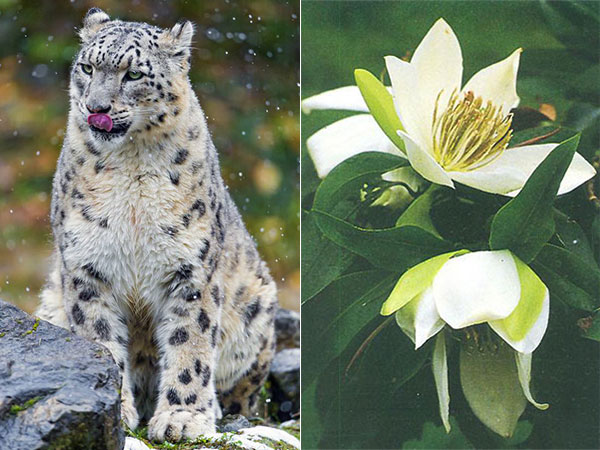 By 2004, there were 53 species of mammals, 206 species of birds, 8 species of amphibians, 6 species of reptiles and 10 species of fish in Mount Everest National Nature Reserve. According to incomplete statistics, there are 160 known medicinal plant resources in the protected area. Livestock breeds are yak, yellow bull, dzo, horse, mule, donkey, goat, sheep, etc.

There are many varieties of crops, such as wheat, barley, buckwheat, chicken feet, corn, potatoes, peas, rape and so on. Key national protected plants such as alcimandra cathcardii, Tibet trillium, rhizoma gastrodiae, malus sikkimensis, radix notoginseng, morinda spruce, pinus palustris, etc. The most noticeable animal is the snow leopard, and endangered species.