Shangri-la, also named Zhongdian, locates in Northwestern part of Yunnan Province, connecting with Tibet. Shangri-la grassland is very beautiful, in the middle of mountains, green grass, blue sky with white clouds, which shows a highland scenery painting. In Shangri-la, it is easy to find different-size grasslands scattered in the lush forests. It seems magnificent, but also pretty. 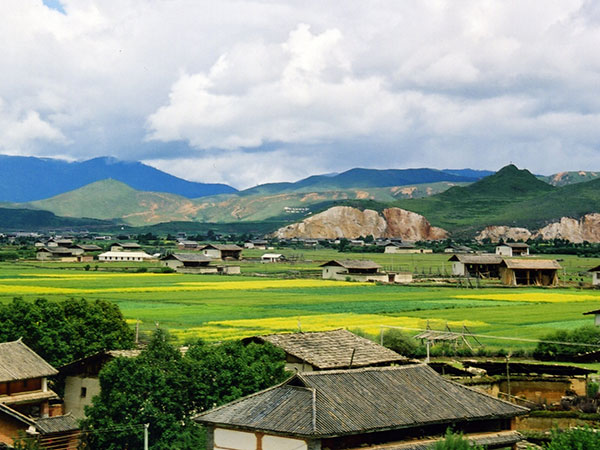 When you travel to Shangri-la, you could find the impressive scenery of the grassland, on which streams flow through with large wetlands, azalea and some nameless wild flowers grow on the grasslands, making a colorful grassland, a piece of green, a piece of red following a piece of golden. You could also find herds of Tibetan yaks and black Tibetan pigs eating on the grassland. On the edge of the grassland, there are some unique style local houses with green highland barley growing around, or surrounded by blue potato flowers in blossom or golden rape flowers. Wow, what beautiful painting-like scenery.

It is hard to tell how many times I went to Shangri-la, but I will get to watch the grasslands each time. The average altitude in Shangri-la is around 3280 meters. It is on highland. With the influence of monsoon climate and warm & wet flow, it makes the grassland hear with a variety of colors. 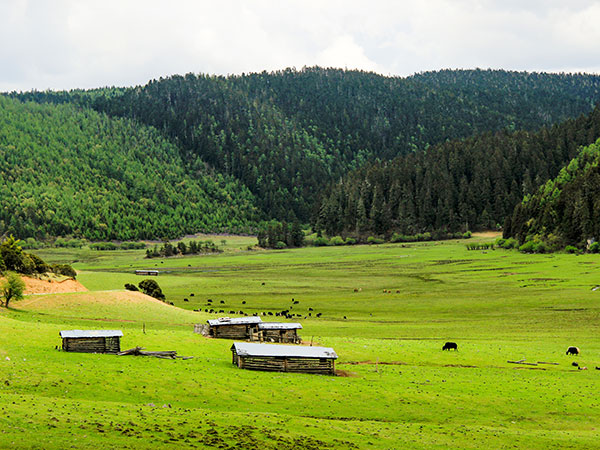 Driving North along Highway No 214, across Jinsha River for around 1 hour, it goes into Zhongdian Bazi. Bazi refers to the plains in basin, valley or mountains in this Yunnan and Guizhou Plateau. Zhongdian (or Shangri-la) just lies in a small plain among mountains. Although, Shangri-la is a cultivation area, it is easy to see the local people living with nature and grassland harmoniously.

With the special location, it makes various sceneries in Shangri-la. Therefore, it is suitable to visit Shangri-la in four seasons. Tourist could find different sightseeing in different season. Besides, Shangri-la grassland also attracts a lot of shutterbugs. In spring, the grasslands become the ocean of flowers, bright and colorful. In summer, it is green grassland with highland barley fluttering in patches of fields. In autumn, golden haystacks hanging on the drying racks in the green grassland, under blue sky. In winter, the Snow Mountain and forest are in the distance and the yellow grass, white houses and scattering cattle are close. The best places to visit in Shangri-la are Napa Village, Hongpo Village, Luorong Village, Bita Lake and Potatso National Forest Park. 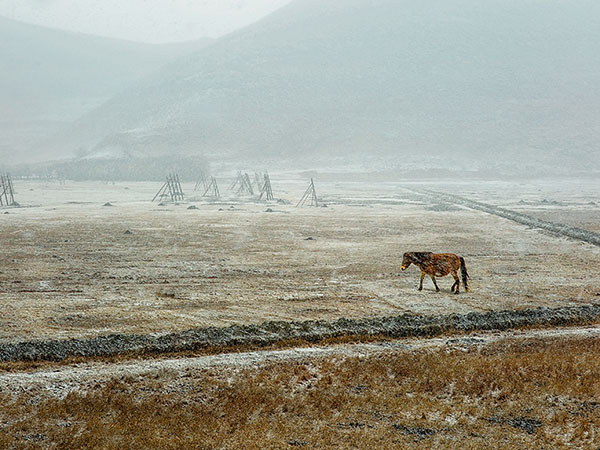 Next: Food Guide along the Guiyang-Guangzhou High-speed Railway