China has vast territory with abundant resources, Shaanxi is the political and cultural center of the Chinese nation since ancient times, there is thousands of years culture, Zhou, Qin, Han, Tang 13 dynasties established their capitals here. The profound cultural accumulation formed the broad and profound Shaanxi culture and deeply influence and infected the laborer of the land, also influence the way they express art at the same time, gradually formed the inherent artistic features of Shaanxi.

It is a time-honored folk art, a special thing that is made in a very simple way. It is nonetheless a cultural symbol of Shanbei district. The paper-cuts in Xian are highly praised by everyone in the world. Some of them are meticulously made, exquisite and delicate; some are simple, bold and unsophisticated; while others have clear-cut lines, and exaggerated patterns. All of them carry rich connotations and profound meanings, full of life interest and flavor. During the New Year period, every family will put these paper-cuts on their windows as decorations. 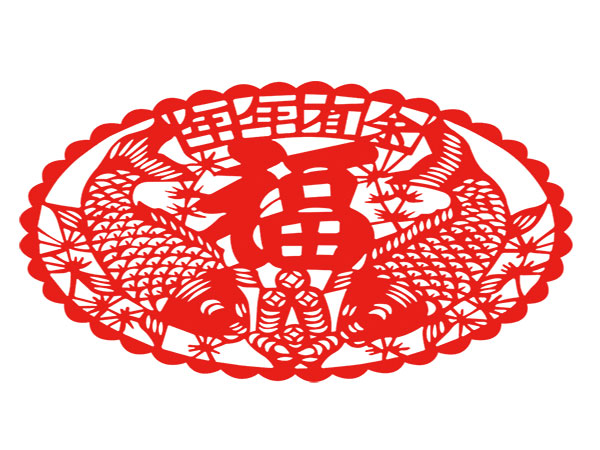 Shaanxi paper-cut is one of the Han nationality folk art form with a long history. Paper-cutting is a kind of hollow out art, on the vision gives people the feeling of see-through and art enjoyment. The carrier can be paper, tinsel, bark, leaves, cloth, leather, leather and other sheet material. Folk paper-cut was created by working people in order to meet the need of spiritual life and creation, and it is a kind of art style prevailing and apply among them. It survives in laborer life deeply, not restricted by the utilitarian thoughts and values, reflected the most basic human art aesthetic and spiritual quality, with distinctive artistic characteristics and life interest. 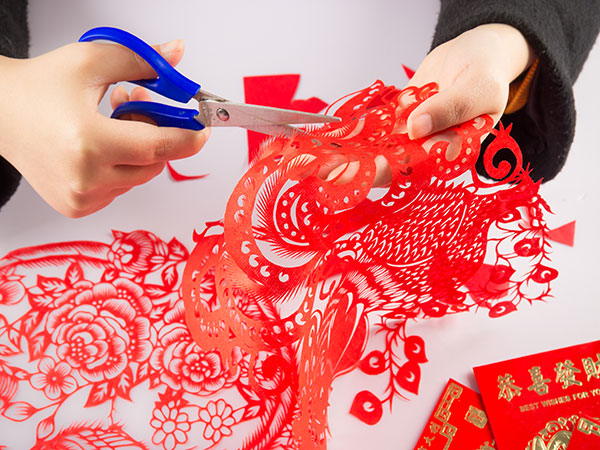 Traditional Chinese Paper-cut should be traced back to before paper is invented by Cailun in eastern Han dynasty in China, with the evolution of history, economy, culture, science and technology and many other aspects, folk paper-cut art in the Northern and Southern dynasties developed mature and its flourishing was after mid Qing dynasty. Due to the "precious" at the beginning of the invention, the earliest paper-cut art began prevailing in the palace and scholar-bureaucrat mansion. In Tang and Song dynasties, has greatly popular in the different kinds of folk festival occasion; and in the Yuan dynasty, it was subsequently spread to the Middle East and Europe; As in the Ming and Qing dynasties, the art has been combined with a festival in people's daily life.

Nowadays, this high value fold-art form is stretching out of China. Recently many paper-cuts artists have gone abroad to show their skills and spread Chinese culture by their own hands.