Hong Kong is not only a paradise for shopping, but also a great place to explore gourmets. As Hong Kong is a international metropolis in the world, you can find all kinds of famous cuisines gathering from all over the world. But street food is still the best way to start your cuisine journey in Hong Kong. There are a variety of street foods here. It is a good way to fully experience the Hong Kong food culture. Here to introduce you to some of the most popular street food with the locals of Hong Kong. When you go on vacation in Hong Kong, you can enjoy these cheap but delicious snacks.

It has become popular in Hong Kong in the 1950s through independent street vendors operating on roadsides and in public housing estates in low-income districts, using carts. Many street vendors have vanished now but the name and style of noodle endures as a cultural icon in this city. 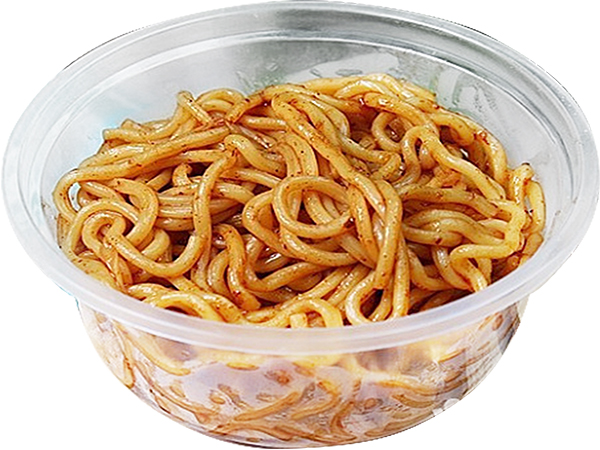 Egg Waffle, also known as Eggette or Gai Daan Jai, is a unique egg-based waffle popular in Hong Kong and Macao area. It is ranked as one of the most popular "street snacks" in the city.

With juice, pour in the middle of the two pieces of special metal honeycomb template, baked on the fire. Pour the eggs are golden, there is the fragrance of the cake, and the middle is half empty, bite when special taste. The making of egg waffle is quite simple. Batter leavened by eggs, sugar, flour and evaporated milk is baked between two plates of semi-spherical cells. When is finished, Egg Waffle looks in golden color with flavor of cake. Now some shops may add chocolate, coconut, sesame, etc. in the batter to create different taste. They are best served hot, and often eaten plain. They can also be served with fruit and flavors such as strawberry, coconut or chocolate. 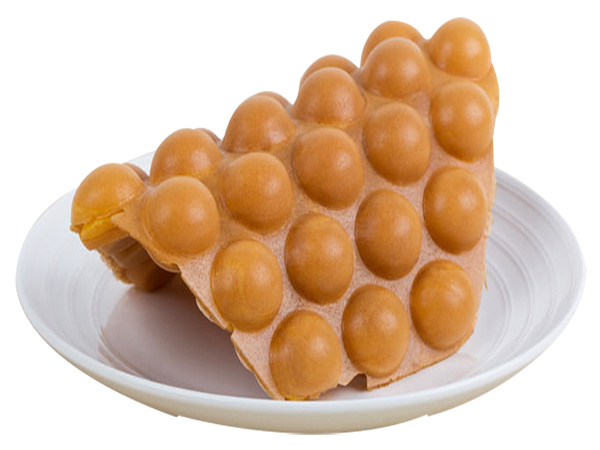 Egg Tart is a kind of food influenced by British culture. It is a must-have in Hong Kong's bakery. Authentic Hong Kong egg tarts are divided into two kinds according to the crispy outer crust. One is Puff pastry and the other is shortcrust pastry. They are traditionally made with lard rather than butter or shortening. They are both filled with rich custard that is much eggier and less creamy than English custard tarts. 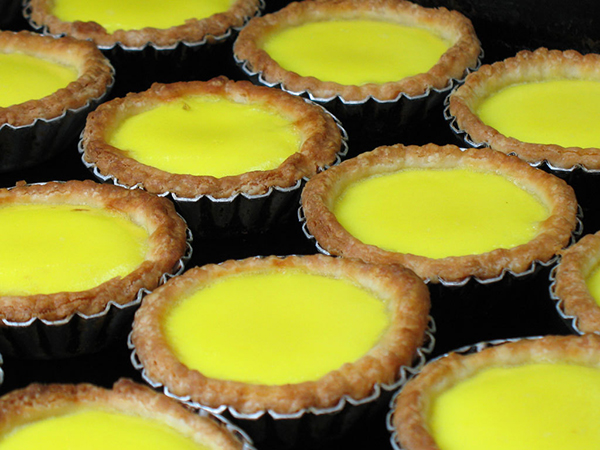 Beef brisket is a part of cow's belly. It has the effect of part to raise skin maintenance. It is the classic Cantonese food materials, one of the characteristic street food in HK. In Hong Kong, beef brisket is generally divided into curry beef brisket and clear soup beef brisket. Real beef brisket food must be cooked with beef bones for a few hours, make it flank soft and tasty. 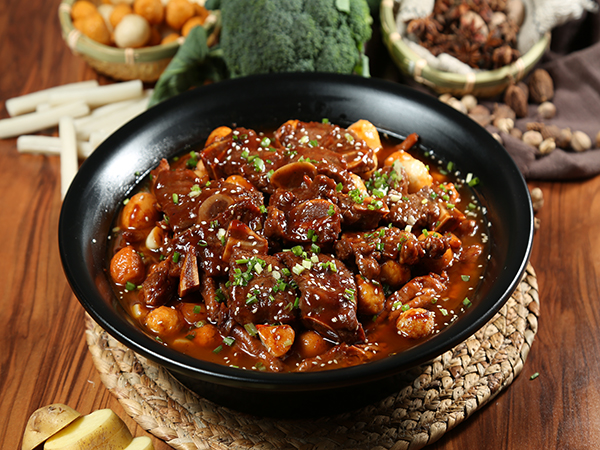 Chilled Mango Sago Cream with Pomelo, also known as Mango Pomelo Sago, is a Hong Kong style dessert. It is composed of mango, pomelo, sago, coconut milk, cream and sugar. It is not only a dessert or drink, it is also a flavor for cake, ice-cream, ice pop and mooncake. It is said that it invented in 1984 by the Hong Kong Lee Yuan Restaurant.

The making process of it is not complicate. Puree the mango in a food processor; boil the water with rock sugar to make a syrup, tear the pomelo segments into small pieces, mix all the ingredients together and chill in the refrigerator. Then finally serve cold in a bowl.

Hong Kong-style milk tea is a kind of drink originated in Hong Kong, which is made from black tea and milk (usually evaporated milk or condensed milk. It is also known as “silk stocking tea” because it is often brewed in a large tea sock that resembles pantyhose. It has become a part of Hong Kong tea culture. It has a smooth, creamy texture thanks to the evaporated milk 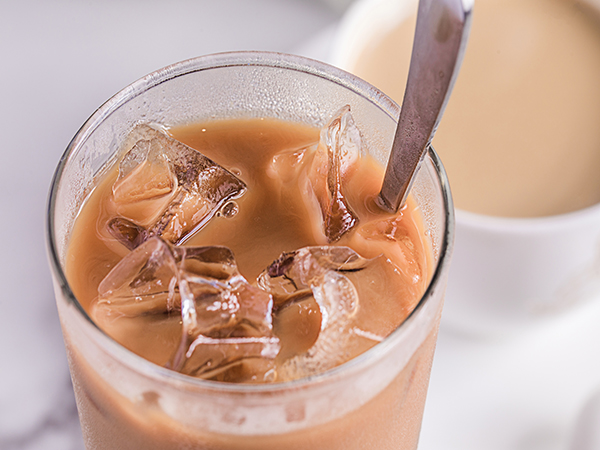 Wan Zai Chi is one of the common street snacks in Hong Kong. It was usually sold by the vendor aside the street, served with small bowls. The main ingredient includes mushrooms, black fungus, pork meat, noodles, served with seasons like flavoured pepper, vinegar, sesame oil, etc.

Pineapple Bread, known as Bo Lo Bao in Chines, is a kind of sweet bun quite popular in Hong Kong and Macau. It is a pillowy soft bread with a crunchy and sugary top crust which looks like a pineapple, hence the name. Typically, the bun would be brought hot from the oven to the diner's table, and served halved with a large slab of butter in between the halves. 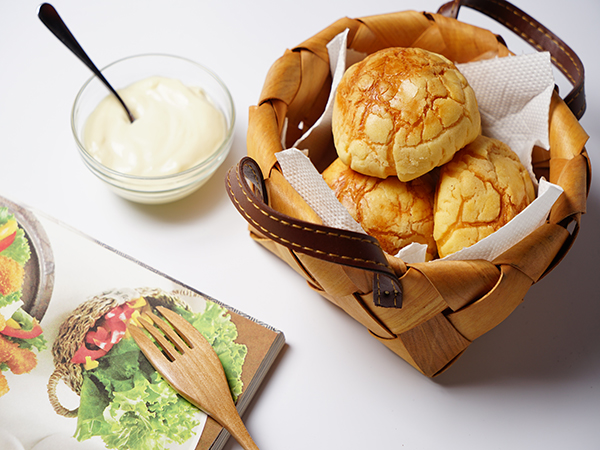 shrimp-filled Wonton Noodle is the most famous. It is made with shrimp held together by a delicate flour wrapper and served with chewy egg noodles in a savory broth. 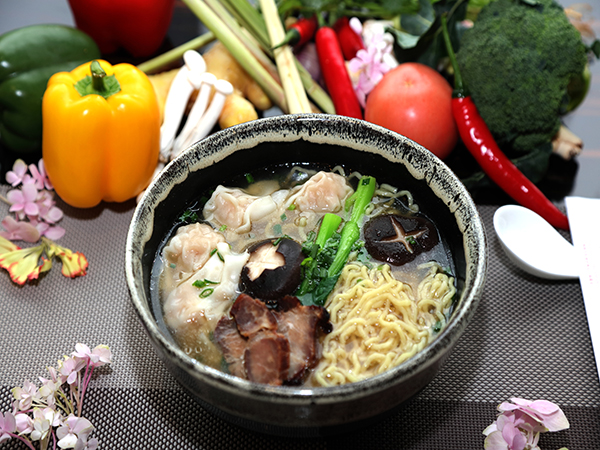 Except for the top 10 most popular street food in Hong Kong, there are still a lot of more famous local snacks for your exploration.