As an ancient capital of nine dynasties Luoyang, its long history is not only embodied in the cultural relic attractions, also in food. Many of dishes in Luoyang are from royal family. In addition to the traditional imperial cuisine, there are also delicious snacks like Bufan soup, Zhang’s roast chicken. On the streets in Luoyang, all kinds of soup can be seen everywhere: drinking soup with pepper in winter can warm stomach; Bufan soup is full of local characteristics and it is very popular; drinking a bowl of beef soup will make you sweat. Coming to Luoyang, whether imperial cuisines or street foods, it is worth to try.

As the dish most peculiar to Luoyang, the Water Feast is famed as 'Top Banquet under the Heaven' and parallels the well renowned Dumpling Banquet in Xian. It originates from the Tang Dynasty (618-907) and has a long history of over one thousand years.
There are in total 24 dishes accompanied by different soups, hence the names of the feast. The dishes combine meat and vegetables together and are served according to a very strict order. You can delight your taste buds with the abundance of flavors that include sour, sweet, salty and hot. 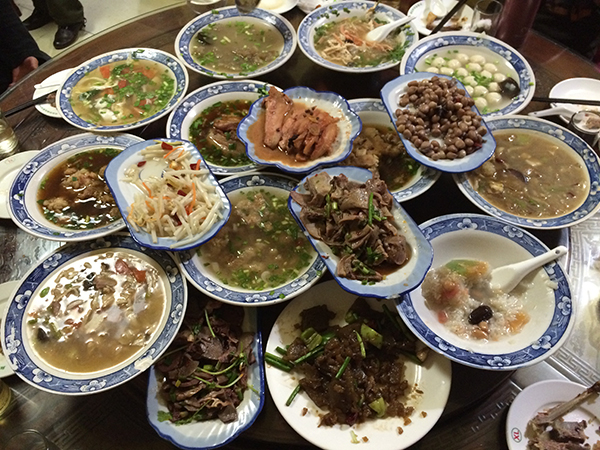 Hula Soup, also known as Soup with Pepper, is common and traditional in northern breakfast of the Han nationality, is also the Luoyang local featured cuisine and popular snack. It is spicy fresh and appetizing. Soup with Pepper main ingredient is flour, noodle, fat pork, etc., with all kinds of condiments which is hot, sour and appetizing, and it is really worth to have a try. 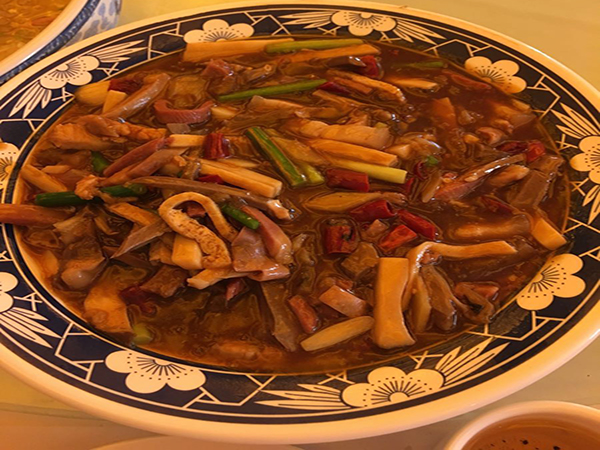 Carp Jumping over Dragon Gate (Liyu Yue Long Men) is another famous dish in Yu Cuisine of Henan Province. You may find strange about the name of this dish. After you get some information about this food, you may immediately want to have a taste of it.
Without introduction, the main food is carp. The carp lived in the Yellow River is very famous. A sentence “the value of the carp in Luoyang is as expensive as the beef and mutton”. The tender flesh, rich nourishment and delicious flavor of this carp make become an exotic food for gourmet both at home and abroad.
This dish uses those carps as an ingredient and looks quite vivid. The ideal carp dish is designed with subtle skill. The carp, with its head held high above the plate, is masterfully placed, seeming to be leaping over the cabbage "gorge" at the side of the plate, a symbol of competitive spirit. The dish also is known in these parts as "Carp Leaping over the Gorge" (Liyu tiaolongmen).
• The legend
Why it is called “Carp Jumping over Dragon Gate” can be traced back to a legend.
Long long ago, the Yishui River was blocked by the Dragon Gate in Luoyang. The carps in Yellow River had known that the scenery on the other side of Dragon Gate was fantastic. So they decided to have a look of it.
When they came to the front of Dragon Gate, they found it was hard to get there because of the Dragon Gate Mountain. One of the carps said “we should jump over this mountain.” And then, this carp jumped highly by all the power and swam with the cloud and rain in the air.
Finally, this carp reached the other side of the Dragon Gate and suddenly turned into a dragon. At this time, another huge dragon was coming and telling the other carps “don’t be afraid, if you can jump over this gate you will turn into dragons as well. So be brave to experience this challenge.”
The other carps had encouraged by the sentence and challenged to jump the gate one by one. Although only few of them could turn into dragons at last, the courage of them were praised and spread to the human world widely.

Noodles in Mung Bean Milk (Jiang Mian Tiao in Chinese) is famous for its unique taste among Luoyang snacks. This traditional food is popular with the locals as well as the foreigners.
• Why it is special
Totally different from the noodle which is cooked in boiled water, Noodles in MungBean Milk is cooked in a kind of special soybean milk which tastes sour.
There are two necessary factors to make this soybean milk. One id the quality of the mung bean, it should be the top level ones. The other factor is the technique of the chef because of the complex cooking process.
• Cooking process
The unique cooking process makes this food be loved by all generations.
Take the top mung bean milk to cook boiled, and then put into seasoning and the noodle tighter. Some ingredients such as salt, ginger, peanut, pepper, sesame, etc. can be put for a better taste.
Because of the sour taste of the mung bean milk, this food will give you a good appetite after you finish a bowl of it. 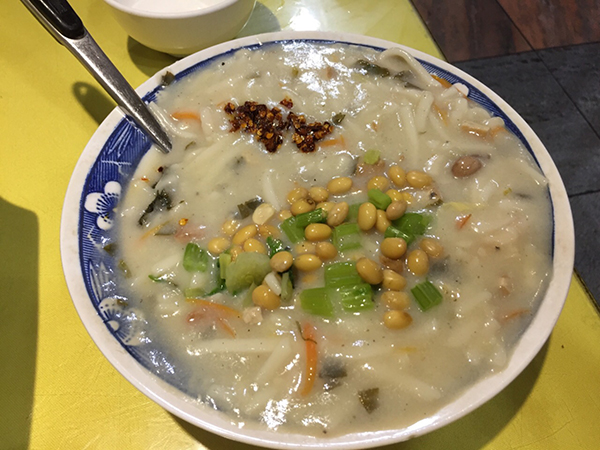 Peony Swallow Dish can only be found in Luoyang because of its historic position in China. Peony Swallow Dish, also called Luoyang Yan Cai, belongs to the Yu Cuisine in Henan.
The dish is made by steaming radish threads and then mixing them with chicken threads, pork threads, sea cucumber threads and seaweed threads in a nourishing pork soup. It not only tastes fresh and delicious, but also appears like a beautiful peony blossom.
• History
Served first in the Water Feast, this is an imperial dish. It is said that when Empress Wu Zetian (the first Chinese empress) governed the nation in the Tang Dynasty, local farmers discovered a huge radish in Luoyang and presented it to the empress because they regarded it as a gift from god. The royal cooks steamed it with delicacies of all kinds, making it taste like succulent bird's nest soup (Yan Wo in Pinyin). The empress was greatly satisfied and praised it as the 'succulent mock bird's nest soup'. And she gave it the name ‘Yancai’. From that time on, Yancai spread in popularity. 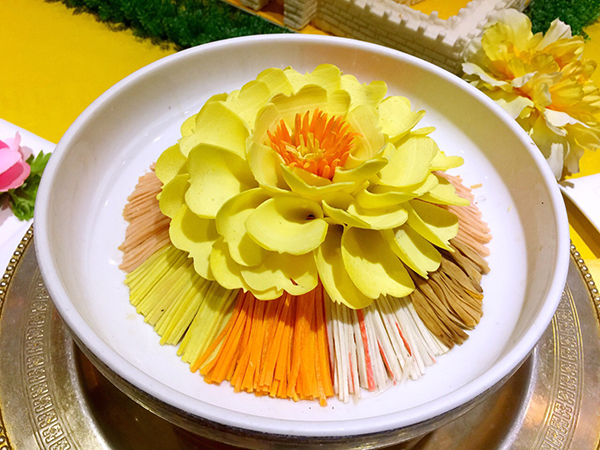 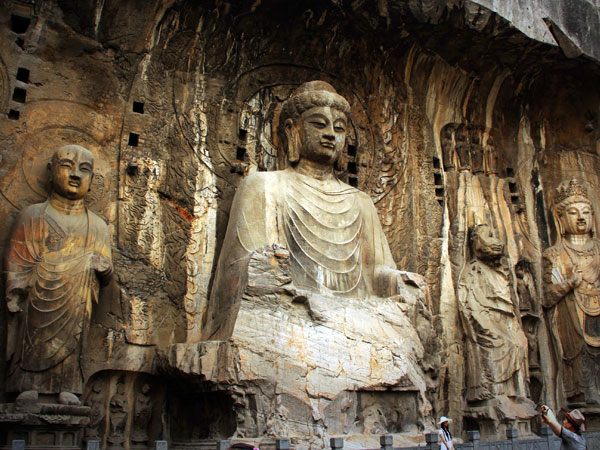