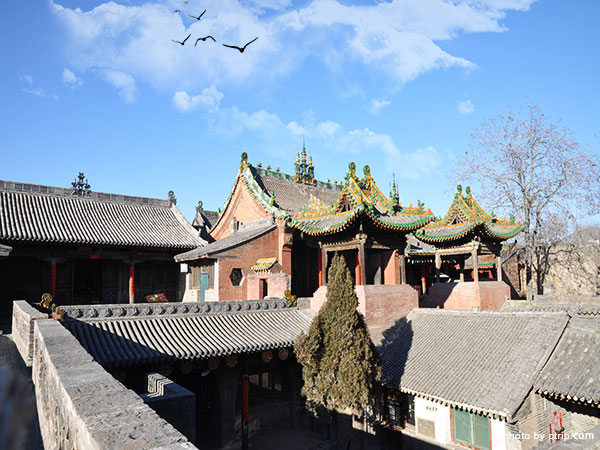 
Zhangbi Ancient Castle is located in the Zhangbi Village in Longfeng Town, Shanxi Province. It is the state-level cultural relic protection units, one of the "Chinese top ten charming ancient towns"; also is the second batch of selected "China's historical and cultural name village".

Its city and old castle upper the ground; and underground "myriametre Great Wall" are the most of the world. It is an ancient pocket castle melting military, living, production and religion in the integration. It focuses on the Xia and Shang dynasties' historical cultural sites, Sui and Tang dynasties' ancient tunnel, Yuan Dynasty's stage, Jin Dynasty's tomb, Ming and Qing dynasties' residential culture and a series of Chinese culture essence, having a very high academic research value and tourism ornamental value.

The old castle's elevation is 1040 meters, covering an area of about 0.12 million square meters. Its topography is high in the south and low in the north. Looking down from a height, you can see an ancient strategic defense base, and also you can see it's a place of orderly village. 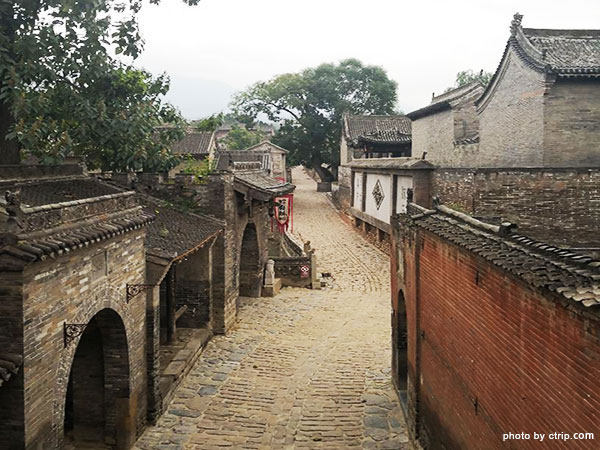 In the middle, there is a three hundred meters street built by red dinas with three alleys on the east, and four alleys on the west. Both sides of the street, there are shop, ancient dwellings, ancient locust trees embracing the willow, chic entrance to the lane and gatehouse; full of antique north folk architecture color. The most make dazzling thing is that, in this small villages, there are not only dwellings, and the Tang and Song dynasties' temple palace, pavilions, terraces, and towers. The top of these buildings are covered by coloured glaze, and decorated by paint. The most rare thing are the two glass tablet, which is the only one that discovered in China, having very high cultural value.