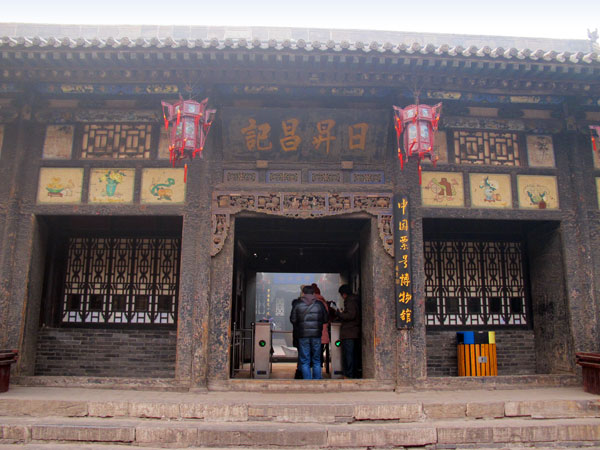 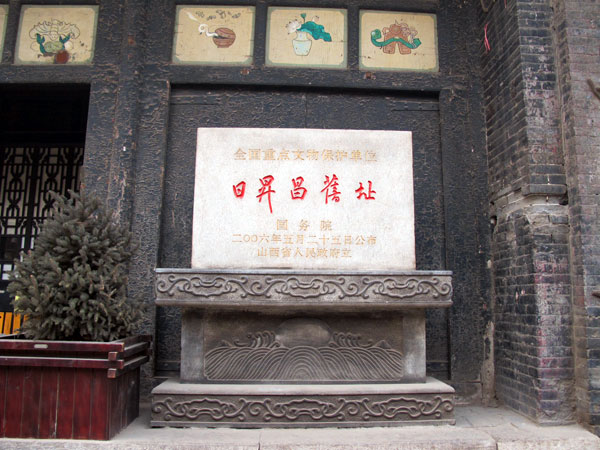 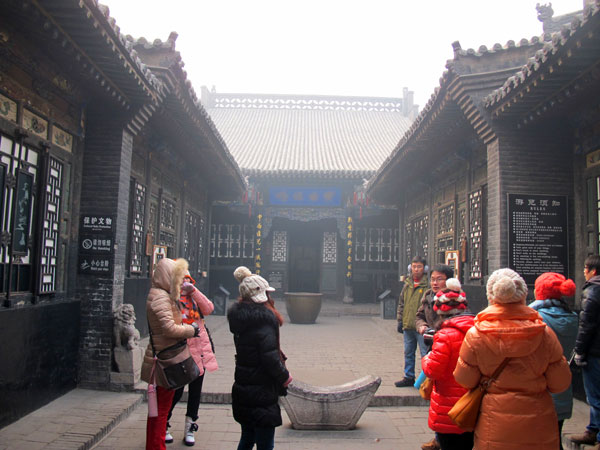 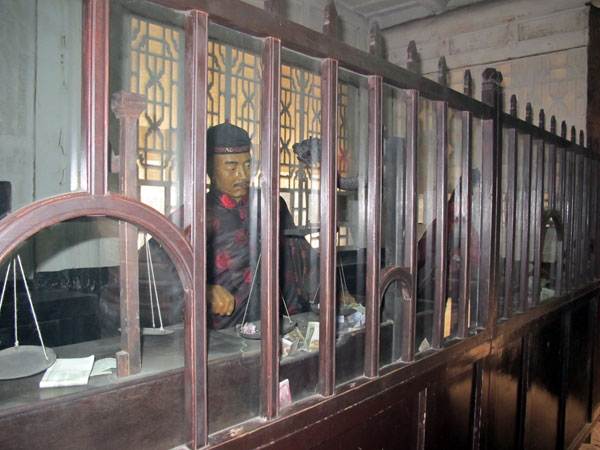 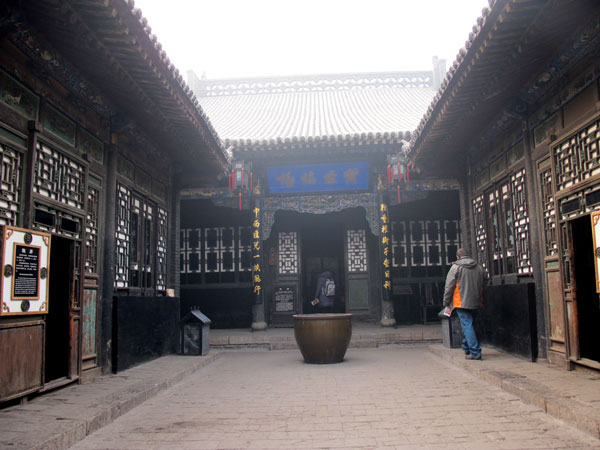 
Rishengchang Exchange Shop (also known Rishengchang Piaohao or Rishengchang Remittance Bank) is located in Pingyao Ancient Town, Shanxi province, China, and is considered the first draft bank in China's history. It was founded in the third year of Daoguang Emperor in Qing Dynasty (1823) by Li Daquan & Lei Lvtai and was the most famous among the same kinds of financing institution. Rishengchang Exchange Shop specialized in silver (used as currency) remittance, deposit and loan business. It is regarded as the originator and a milestone in Chinese financial development.

Located in the west street inside Pingyao Ancient Town, Rishengchang covers an area of 1,700 square meters. The economical use of land and deliberate structure show us exquisite design. This original head office of the Rishengchang Exchange Shop, which consists of a series of rooms built around several courtyards, was restored and converted to a museum in 1995. There are 21 buildings surrounding three courtyards. On either side of the front yard are the counters. Main banking activities were carried out in the middle courtyard house, which functioned as an exchange center as nowadays.

During the Ming and Qing Dynasties, Shanxi merchants developed extensive trade routes throughout China and overseas, with Pingyao at the centre of this trade. In those days, traders paid for their goods with silver coins, and in those dangerous times it was unsafe and heavy for a businessman to bring large sums in silver from one city to another. In 1823 (during the late Qing Dynasty) the first piaohao (alternatively translated as "exchange house", "draft bank," or "remittance shop") was opened, and these piaohao provided remittance services, accepted deposits, and made loans business. After the establishment of the first piaohao in Pingyao, the bankers in Shanxi dominated China's financial market for centuries until the collapse of Qing Dynasty and the coming of British banks. Rishengchang was the this first exchange house established branches in different cities in China and abroad and used bank drafts to move money from one city to another. Three years after the "Rishengchang" was founded, its branches have scattered in Shandong, Henan, Liaoning, Jiangsu provinces etc. It even extended its business to oversea countries like Japan, Singapore, Russia and India, etc. Subsequently, Pingyao became the center of the nation's banking industry, with over 50% of the country's piaohao headquartered within Pingyao's ancient walls. It also controlled almost half of the Chinese economy and its branches were widespread throughout China's big urbans and capital, Beijing, in the nineteenth century, at its peak. What started out as a single businessman efforts to safely manage the accounts of his widely spread company, became a private banking enterprise that caught on like wildfire - a similar phenomenon occurred in Europe at the end of the Middle Ages.

Rishengchang survived for 108 years before collapsing in 1932. After being greatly rebuilt in 1995, Rishengchang was converted into a museum and renamed "the museum of Chinese "piaohao", the head office was as the same as it was in the Qing dynasty. In 2006 it was included on the List of monuments of the People's Republic of China (6-484). A number of other piaohao based in Pingyao have been repaired and opened to travelers as well.

Here you can see the complete managing business of Rishengchang, a number of valuable materials and material objects. What’s more, there are lots of history materials presenting us something about Pingyao piaohao, Shanxi piaohao and Chinese piaohao. In a word, we can feel the up and down of Chinese piaohao in "Rishengchang".

• Address: West Street in Pingyao Ancient Town, Shanxi province, China
• Opening hours: 8:00am - 6:30pm from April to October; 8:30 am - 6:00pm from November to next March
• Recommended time to stay: one hour
• How to get there: After you arrive in Pingyao Ancient Tow, you can just walk to the place, no need to take a tricycle or bus.