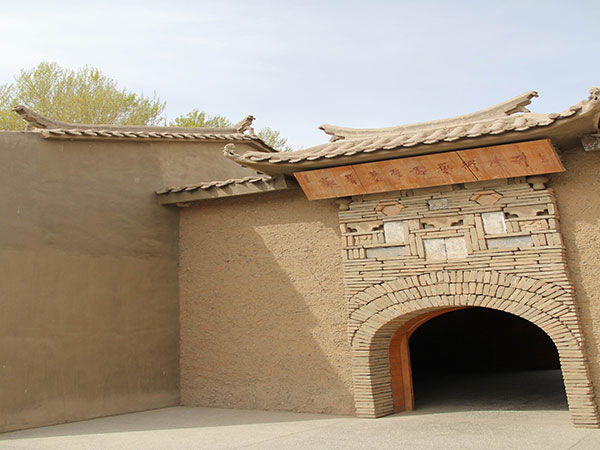 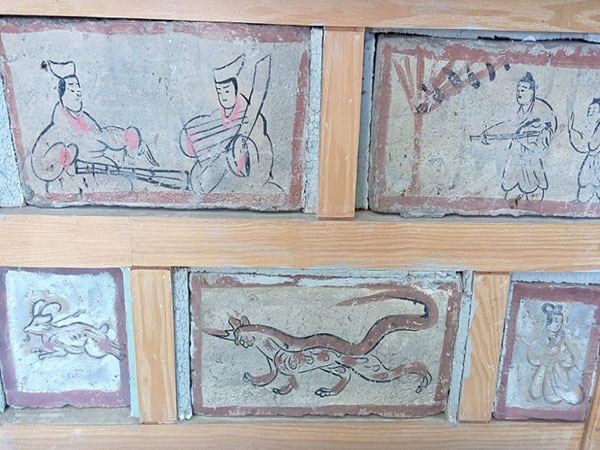 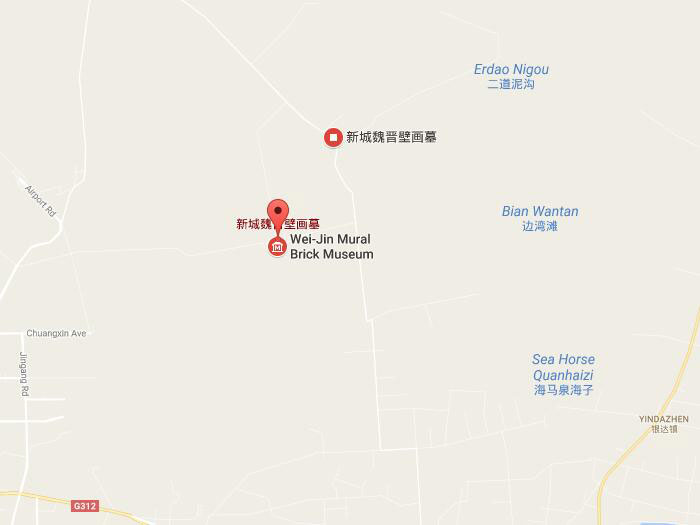 20 km away from Jiayuguan City, area between Xincheng Township and Guoyan Township.


Weijin Tomb Murals are located on the endless expanse of the desert, 20 km away from the northeast of Jiayuguan City. There are 1400 brick tombs of Jin and Wei Dynasties scattered here, which are the famous JinWei Tombs, and they were reputed as “world’s largest underground art gallery”. The ancient tombs extend east and west to Guoyuan Township of Jiuquan City and northwest to Xincheng Township. The tombs on the desert just like waves in the sea.

Jiayuguan Pass, constructed in 1372, is the western starting point of Ming Great Wall. Under the administration of Suzhou Garrison, it is also one of the nine important frontier towns in China in ancient times. In late Han Dynasty, there was called Yushizhang, while during the Five Dynasties, it was called Tianmen Pass. Jiayuguan was a place of strategic importance in every dynasty in ancient China. Until Wei and Jin Dynasties, there were lots of wars, especially in 310, the forth year of Jin Huai Emperor. Locust disaster, pestilence and wars all happened in this year. People were starving and ate grass, leaves and even furs of cattle. Many people died of starving. And the tombs in Jiayuguan were just built during this hard period (220-589).

Heritage Sector of Jiayuguan City had excavated 13 tombs from 1972 to 1979. From the character of tombs, these are family tombs. 8 of the tombs are brick mural tombs. Over 700 bricks were unearthed from the tomb. Now No.6 and No. 7 tombs are opened to public. No. 3 tomb is the single person tomb, The No. 7 tomb buried 4 people, and other tombs are all buried 2 people. The Weijin Tomb could divide into 2-chamber tomb and 3-chamber tomb. The No. 6 tomb is the one which has most mural bricks, and also the most representative tomb.

【Structure】
The construction process of No. 6 Tomb: dig the path and cave of the tomb first and then built with dry bricks. The tomb is 2 meter wide and 20 m long. Textured Bricks were paved on the bottom. The gate of the tomb is arch door with brick gate house above. There are blue dragon, white tiger, rose finch, blatt, Kirin painted on the gate house. In addition, architectural modeling brick were inlayed in the gate hours, which greatly enriched the national color of the ancient tomb mural. The tomb is a 3-chamber tomb including the front chamber, the medial chamber and the rear chamber. The murals in the tomb mainly show the life of labors, servants and the masters. The front chamber’s four walls divide into 2 layers which imitating the multi-layer building. On the wall there is a cabinet and a tabernacle which shows the front chamber is a bedroom. There are 2 arch doors, one on the east wall, 2 on the west wall. The whole tomb was totally inmate the layout of the house of bold and unreserved family at that time.

【Brick Murals】
The most precious unearthed relics are brick murals. Up to now, there are 132 mural bricks unearthed from No. 6 Tombs. 55 mural bricks were found in the front chamber while 65 bricks found in the medial chamber and 12 in the rear chamber. Mural bricks’ contents are very rich, including grazing, farming, mining of mulberry, sericulture, hunting, slaughtering, excursions, playing music, gaming, dancing, reproduction, eating, drinking, kitchen, brewing, clothing, dressing, textiles and so on, which are precious and visual materials for reaching the husbandry of Wei and Jin Dynasty.