The First Beacon Tower of the Great Wall 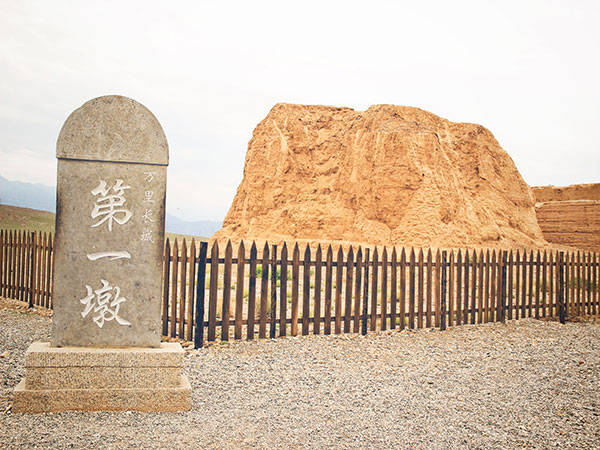 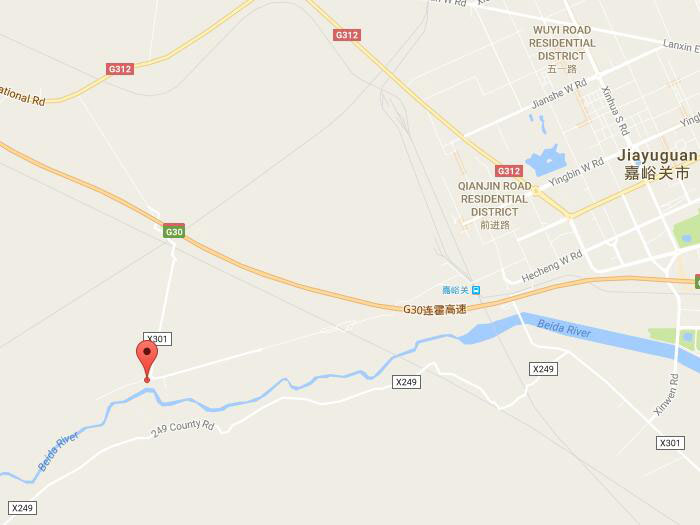 7.5 km away from the Jiayuguan Fortress


The First Beacon Tower of the Great Wall, also known as Taolai River Beacon Tower, was constructed in 1539 under the supervision of the official of Suzhou rectifying armed force, Lihan. It is the first beacon tower of the Great Wall and also the western starting point of the Ming Great Wall, as one of the important part of the Jiayuguan Great Wall defense system. It is about 7.5 km away from the Jiayuguan Fortress. The Beacon Tower standing at the summit of the 80 meters deep valley, which one may well say it is the most dangerous beacon tower of the world.

The Beacon Tower is located in Jiayuguan at the west part of Hexi Corridor of Gansu Province, with the coordinate of east longitude 98 ° 17 ', north latitude 39 ° 47 '. The first pass of the Great Wall is located 5 km from the west of Jiayuguan City, and was the important hub of the ancient Silk Road. The walls of Jiayuguan pass the valley and the highest mountain Jiayuguan Mountain connecting the Overhanging Great Wall on the Heishan Mount to the north and the first block Jiayuguan Fortress to the south.

The beacon tower was built when constructing the Great Wall since 1372 during Ming Dynasty. At that time, the general Fen Sheng, choose the first block here as the foot of the northwest Jiayu Mountain was very dangerous. The fortress began to construct and after over one hundred years construction did the relatively complete defense system was formed. The grand fortress was reputed as “The Most Impregnable Pass in the World”.

Originally the beacon tower is 14 m long, wide and high and in a square pyramid shape. For such a long time, part of the tower was disrepair and only the base of the tower still on the cliff. Now, it is about 10 meter high and the bottom of it is still 14 wide and long. The inner part is still in square shape and the length and width are all 6 meters. The tower was built with loess. The rammed earth is about 10-20 mm thick. The tablet inscription “The First Beacon Tower of the Great Wall” was inscribed by the West General Wei Chuangtong.