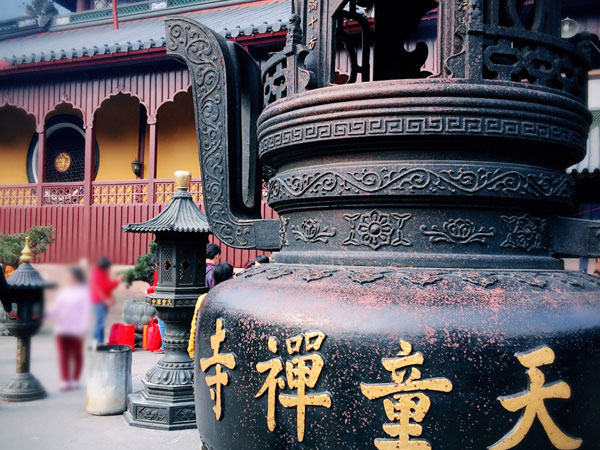 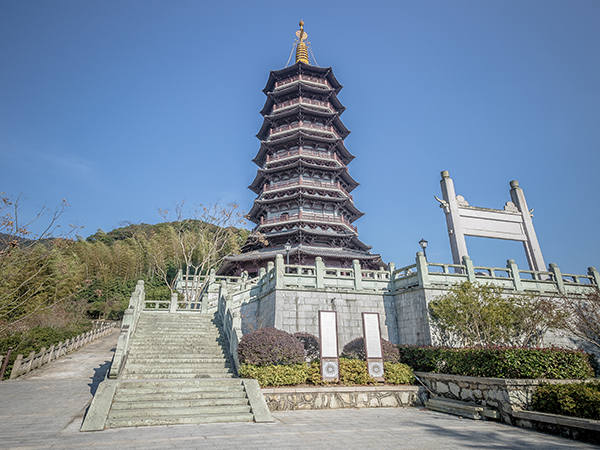 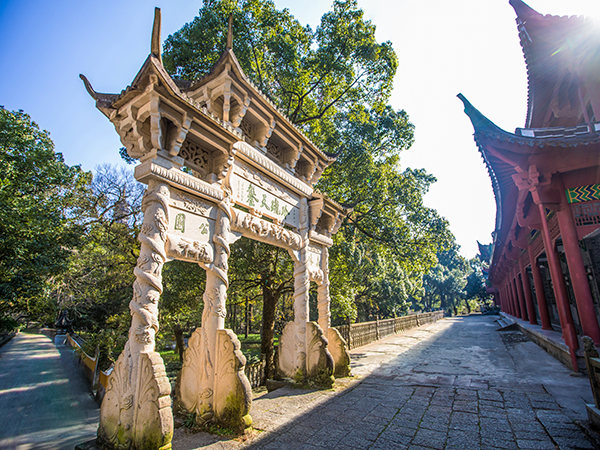 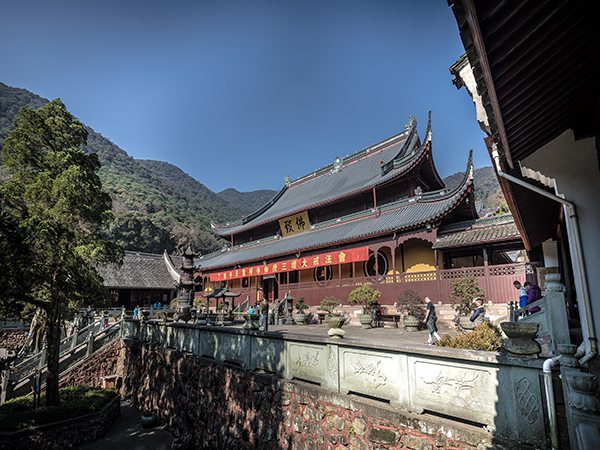 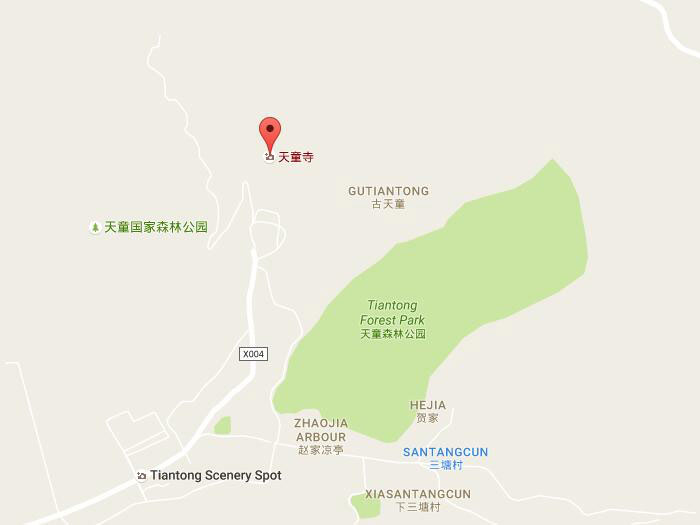 
Tiantong Temple is located on the ascending slope at the foot of the Taibai Mountain, 25 kilometers east of the city proper of Ningbo City, Zhejiang Province, China. It is known as "Buddha's Holy Land in Southeast China". It is one of the ten sacred temples of the Buddhist Chan sect, having 730 houses of the architectural style formed in the Ming Dynasty.

This temple has 1700 years history, older than Hangzhou Lingyin Temple. It was built in 300 AD in the West Jin Dynasty and came through a succession of warfare. Around 300 A.D., the monk Yixing sought to build a temple and, according to legend, the Heavenly King sent the god Taibai to earth to be reborn as a child to help him; hence, it got its name, which means "heavenly child."

The ancient Tiantong Temple is famous for its Buddhist significance as well as its picturesque surroundings. It is cuddled by the soaring Taibai Mountain; where the neighborhood of luxuriant pines along with bamboos. This temple is actually a huge complex, with dozens of ochre-colored plaster as well as red-painted wood buildings marching up the mountainside. Also, this temple is a major destination for pilgrims, especially for those Japanese. It plays an important role in the cultural exchanges between China and Japan and it is renowned in the Southeast Asian countries.

Main structures contain the Imperial Library Tower, the Bell Tower, the Hall of Arhats, the Hall of Early Enlightenment, the Hall of Buddhist Rites, the Grand Hall, along with the Hall of the Four Guardian Gods. A stringy roofed veranda links to all these components and therefore shelters the tourists from the scorching sun and annoying rains. Also, the veranda helps tourists find access to any of the temple's components, an ingenuity of the architects indeed.

Different from other temples, Tiantong Temple has three gates. Walk along the tree-lined trail up the mountain, you will pass by Fuhu Pavilion, Gushan Gate and Jingqian Pavilion. You can see Wanfo (Ten-Thousand of Buddha) Pagoda from the distance. As the temple is located in Tiantong National Forest Park, so the view is quite beautiful with green trees. Walk forward for a while, you will reach the Wangong Pool, which is also known as Free Life Pond. There are quite a few little turtles in the pool.

Step into the temple, you may just walk along the mountain road. The main buildings on the central axis are respectively are Hall of Heavenly Kings, Buddhist Hall, Depository of Buddhist Sutras, Hall of the Arhats, etc.. The grand and magnificent building complexes are connected by a covered corridor. The oldest buildings in this temple are Buddhist Hall and Hall of Buddhist Abbot. The meditation room in the eastern side is used for collections exhibition, displaying some collections of Buddhist cultural relics. The place that you can not miss is the Hall of Buddhist Abbot in the northern side, where there are stone carvings of the eighteen disciples of the Buddha, vivid and charming.

Climb up to the highest point-Yingzhen Pavilion, you can have an overlook of the whole temple and the beautiful view around. where the monastery the surrounding mountain panorama and, very broad perspective. There are many monuments around the pavilion, which were set by more Japanese Buddhist organizations and Buddhist monks. Tourists usually take a rest here, enjoy the scenery and take photos.

The conventional itinerary is to tour around Tiantong Temple area in the morning, take a break at noon, and then go to Tiantong National Forest Park in the afternoon. After that, get back to Ningbo downtown by car.

【Chinese name】: 天童寺
• Address: Tiantong Country, Yinzhou District, Ningbo 315100, Zhejiang Province, China
• Opening hours: 8:00am - 6:30pm. It is free for entrance. It is recommended to spend about 2 hours to get there.
【How to get to Tiantong Temple using public transportation】: You may take Bus Route 162 at Fuming Station(福明站) near to Ningbo Passenger Bus Station to Tiantong Station(天童站), then you may walk up hill for about 1.4 kilometers. The bus leaves every 10 to 15 minutes and it takes about 75 to 90 minutes for the whole trip.