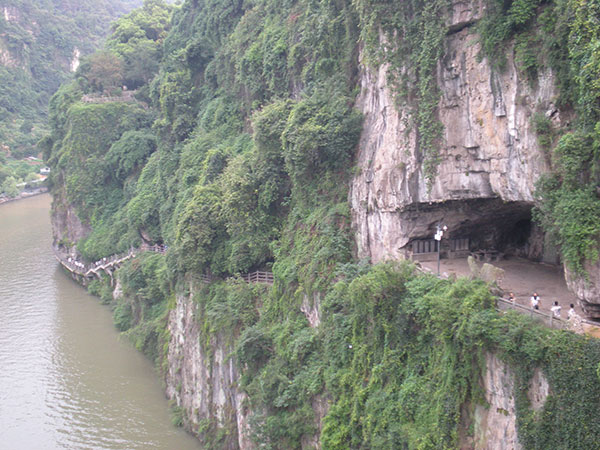 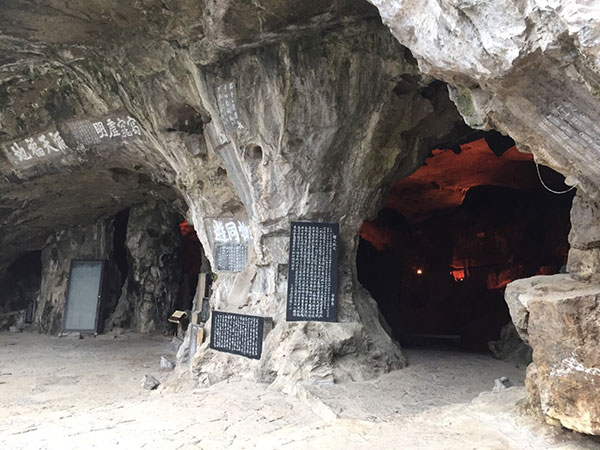 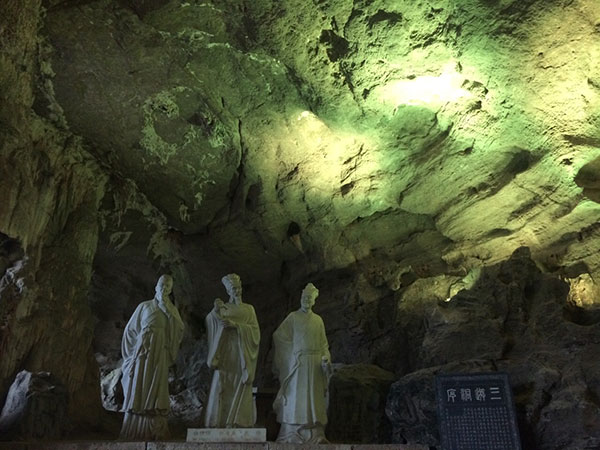 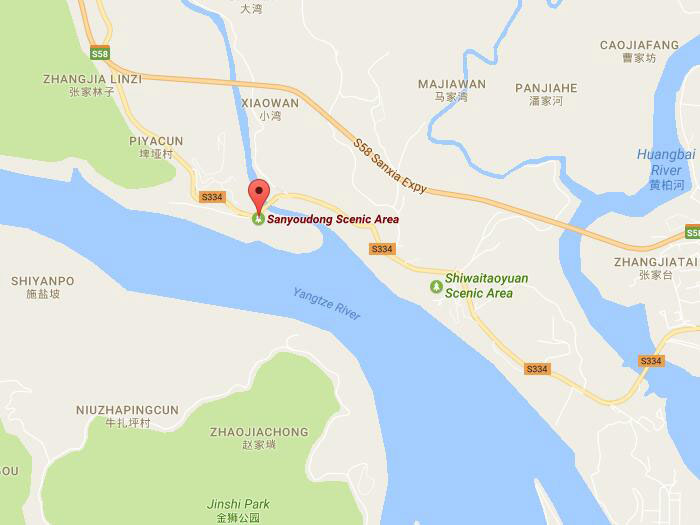 
Three Visitors Cave (Sanyoudong) is located in the cliff of the Mt. Xiling by the Yangtze River, 7km away from the center of Yichang city. It is backed by the mouth of Xiling Gorge in the Yangtze Three Gorges. Facing the Xialao River, the Cave has wonderful and beautiful scenery. It is one of the famous historical sites in Hubei province and on May 25, 2006, Yichang’s Three Visitors Cave was listed into the sixth batch of national key cultural relic protection units for its precious cultural treasures.

There are two stories about the source of Three Visitors Cave’s name. One of the stories happened in Tang dynasty. It is said that in 1819, three famous poets of Tang Dynasty, Bai Juyi, Bai Xingjian and Yuan Zhen came to visit the Cave and inscribed respectively on the wall of the cave. In the result, this place got the name “Three Visitors Cave”. After the three poet travelers, Three Visitors Cave was known to other people and the beauty of the Cave is appreciated by more and more people.

【Three Visitors Cave】The Three Visitors Cave has a steep terrain for situating on the cliff. The shape of the Cave is like a cloak. And it is warm in winter and cool in summer. It is about 30 meters deep, 20 meters wide and 10 meters high. There are three stalactites in the cave. A stone overhangs the roof, which is called the “sky clock”, because when you hit the stone, it will come out a sound. At the same time, there is a convex stone on the ground. When you stamp, the stone come out a sound too. So it is called the “ground drum”.

【Lu You Spring】
Go out of the Three Visitors Cave and step down along the stone steps to the bank of the Xialao River, you can see a square spring. And this is the “Lu You Spring”. According to the records, Lu You, a patriotic poet in Song dynasty, toured to the Three Visitors Cave. He found a stretch of clean water and used it to make tea. He wrote a poet to praise the spring because the water out of the spring is sweet. This is the origin of the Lu You Spring.