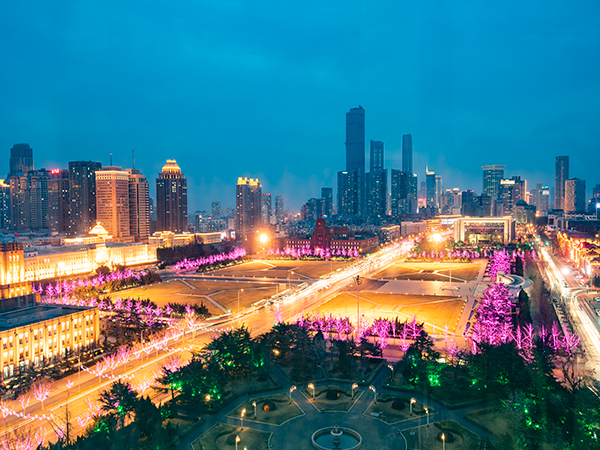 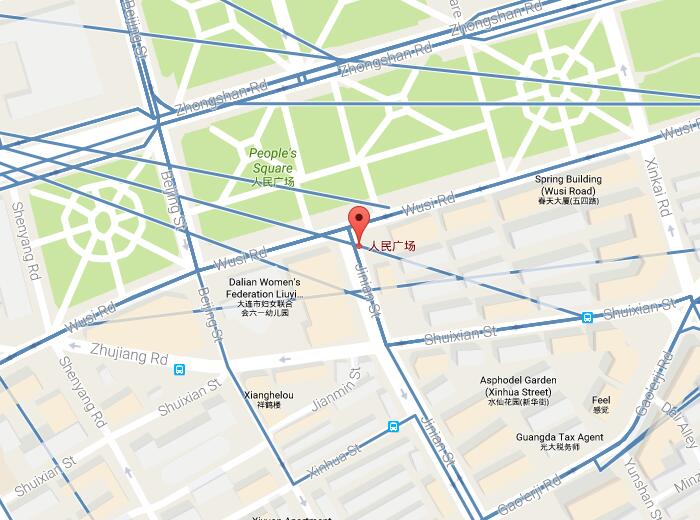 
Located in central area of Dalian, Liaoning Province, north of China, People Square (also called Renmin square in Chinese) is the administration and judicature centre of Dalian. Many executive and judicial branches of Dalian government, such as, Dalian Municipal People's Government, the Dalian Courthouse, procuratorates, Dalian public security bureau, are sited around this square.

The square was originally found and named Dairen Tyouja Square by the Japanese in 1914, then it was changed to Dairen Government Square in 1945, renovated to Dairen Vissarionovich Square by the Soviets in 1949 and renamed and renovated to Dalian People's Square on April, 1999, when was the 100th anniversary of the establishment of Dalian city. The square was once the biggest and most popular in Dalian from 1914 to 1997, when Xinghai Square was constructed.

There are large-scale musical fountains in the square, which consists of main fountains, secondary fountains and many small fountains. Main fountain area includes a European-style building and a large pool in front of the building, which is 70.8 meters long and 6 meters high. When the water overflows, two-story cascading can be seen. This large pool has an area of 890 square meters, with around 2000 fountain spouts inside. The main musical fountain can make 21 changes with the rhythm of music. The two secondary fountains are distributed at the both sides of the main fountain, each is 86 meters long.

There is a platform for raising and downing the national flag. Every Monday, here will raise the national flag and play national anthem. And whenever every important event, there will be a solemn Flag-raising ceremonial here.

Another interesting thing you can see around the square is that a few pretty policewomen are on patrol duty, raising horses. This is unique scenery that can only be found in Dalian around the country.