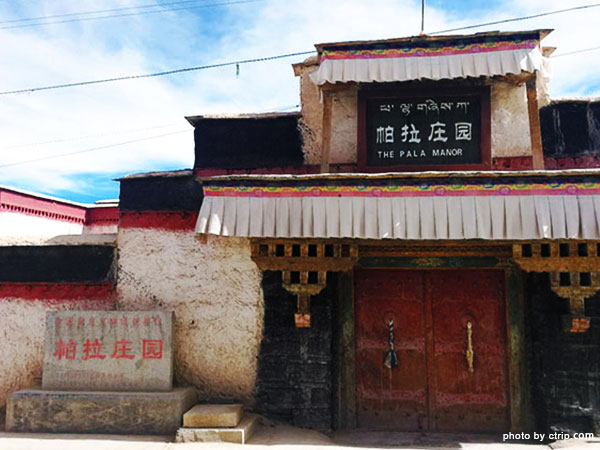 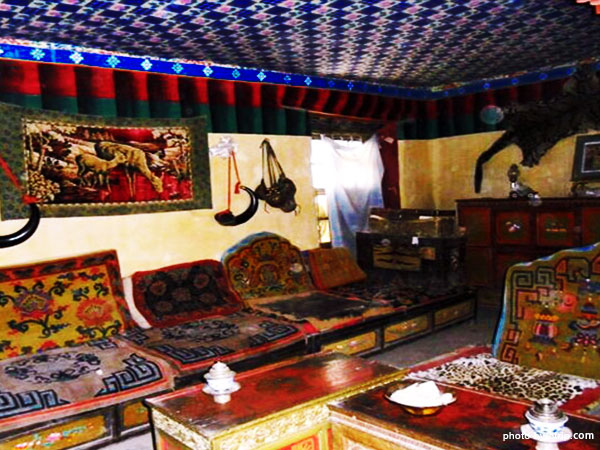 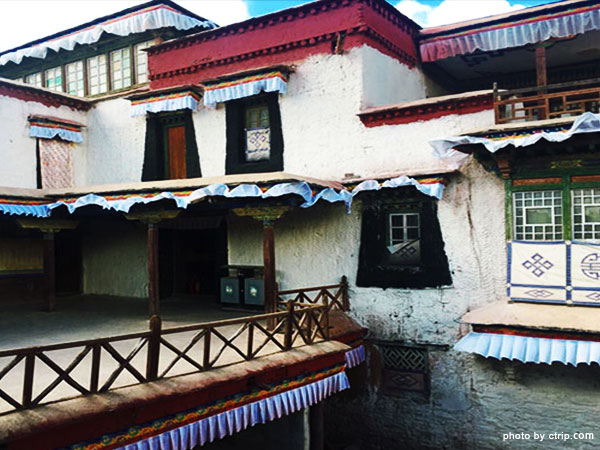 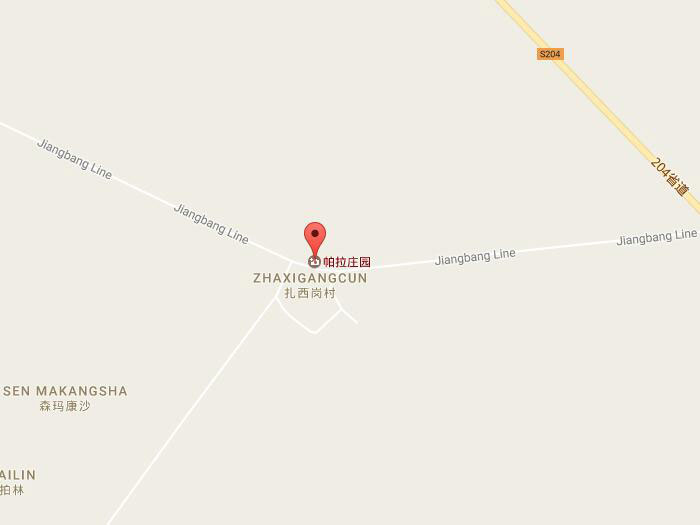 
Pala Manor is ten minutes driving from Gyangtse. As the best-preserved manor in Tibet, Pala will show you the lifestyle of wealthy landed family who once lived here. The former owner was a Bhutanese chief moved to Tibet with his family where in due course he became a local official. At the time of the Tibet Democratic Reform in 1959 he left Tibet along with the Dalai Lama to live in exile. The Pala Manor we see today still has 57 houses on an estate of 5000 square metres. The maze of rooms is richly decorated with exquisitely carved beams and painted rafters.

Pala Manor is manor of Tibet big noble Lord Pala family, full name Paljor Lahkang, located in about 4 km southwest of Banjuelunbu village Gyantse county, so also called Banjuelunbu manor. Pala Manor is one of the 12 big manors in old Tibet, is currently the only intact the old Tibet three lords aristocratic manor.
In 1994, Tibet listed Pala Manor as a key cultural relics protection unit of Tibet, 1996 as of patriotism education base, the construction and property is basically unchanged. Pala Manor is the portrayal of old Tibet lords and serfs two different class life, is a microcosm of the old Tibet society, and is also a precious place of textual research of old Tibet politic, economy and culture.

Tibetan nobles of the feudal serf society are divided into four kinds: Tsenpo's descendants, Yabshi family, Depon family, the rest are collectively referred to as midak, Paljor Lhakang is the Depon family, and as a result, Pala Manor is a noble manor. The middle class of the high division - the highest attainable in practice - was headed by the hereditary nobility. Yabshi were thought to be descendants of the Dalai Lamas, depon were descendants of the ancient royal families, midak were on a slightly lower level.
Pala family is an old family has more than 400 years’ history. To the end of the 19th century, with the development of Pala family, they had 37 manors in Gyantse county, Lhasa, Bainang county, Yadong county, and Shannan region, 15000 mu of land, 12 farms, approximately 14000 cattles, and more than 3000 serfs, become one of the twelve great nobles in Tibet.
In the Tibetan local government, Pala family assumed the office of rtsis-dpon, mdav-dpon, jonechemu, until bkav-blon. In the family rise and fall history, there are five people served as the Tibetan local government bkav-blon, managed administrative affairs in Tibet. Old Tibet was in integration of religion and politics, Pala family had a great influence at that time.
Pala was built in Gyantse Jiangga village, in 1904, British invaders burned the original Pala Manor in Gyantse county Jiangga village. In 1937 at the end of the war of resistance, Pala Manor rebuilt in the other side of the Nianchu River of southwest Kyrgyz city.

Pala which built in Gyantse Jiangga village, was burned down in 1904 when the British invasion and the end of the war of resistance, Pala Manor rebuilt in the other side of Nianchu River in th Banjiulunbu village, 4 km away from southwest Gyantse. With the increase of Pala family power, the scale of Pala Manor is expanding.
Pala was a tribal chief of Bhutan originally, the family moved to Tibet due to civil strife in Bhutan, and became Tibetan local government official. Their offspring successively held a post of officials in the Kashag government in Tibet, and their family was rich
Pala Manor owner Tashi Wangchuk once was small lama in Lhinpo Monastery, after he resumed secular life unfrocked he chaired the farm daily affairs. He cleaned up manor’s economy, expanded the farm size, and strengthened the rule of serfs. Before the democratic reform in Tibet, the Pala Manor owned a total of 22 affiliated small Pala estates, 6 pastures, more than 8600 hectares of farmland, livestock more than 14250, more than 2440 slaves. In 1959, Tashi Wangchuk involved in the rebellion and fleed outbound, his estates should be confiscated, the Gyantse working committee considering Pala Manor was one of twelve big manors in Tibet, which has special significance, so the government protected it properly. Subsequently, the county party committee and government proceeded the repeated maintenance. Pala Manor is now the only well-preserved old Tibet aristocratic manor.

Pala Manor is very spectacular, existing rooms of 57, covers an area of 5357.5 square meters, the main body building has three floors with elegant decoration, set up the scripture hall, solarium, living room (reception room), bedroom, and special hall to play mahjong. Inside the room is carved beams and painted rafters, which is gorgeous and richly ornamented building. Scripture hall display fastidious, scriptures and Buddha niche was intact. Scripture hall is for manor owner to chant buddhist scripture or make religious rites. In the bedroom, gold and silver ware and jade is a feast for the eyes; and there are remains of rare food, tableware, imported wine, imported vinegar, precious fur clothing, vividly reproduce the Pala family luxurious life.
In addition, in the Pala Manor there are distillery, mill, serfs’ brick kitchen range, etc. Barley wine made from manor distillery is mostly for private use, sell or for other use is in a small portion. Pala Manor mill can be divided into water and artificial, main processing zanba and Tibetan noodles, the processing of zanba is divided into three classes: first-class is for manor owner eating, second-class is for servant eating, third-class is for serfs and animals to eat. Pala Manor brick kitchen range is mainly for the serfs to cook.
Pala Manor has more flower stone and poultry livestock, the overall layout is similar to the botanical garden, usually very quiet.

【Chinese Name】: 帕拉庄园
【Recommended Visiting Hours】: 2 to 3 hours
【Best time to travel】: four seasons all suitable
【How to get to Pala Manor】: tourists can charter a vehicle from Gyantse County to Pala Manor or go hiking, 1 hour around, the scenery all the way is beautiful. Taking taxi from Gyantse county costs about 10 RMB.