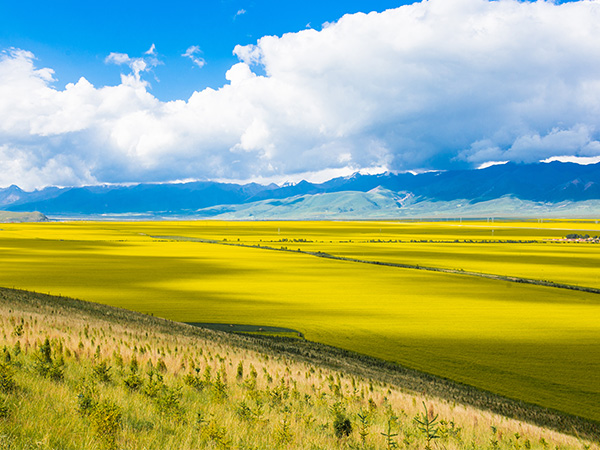 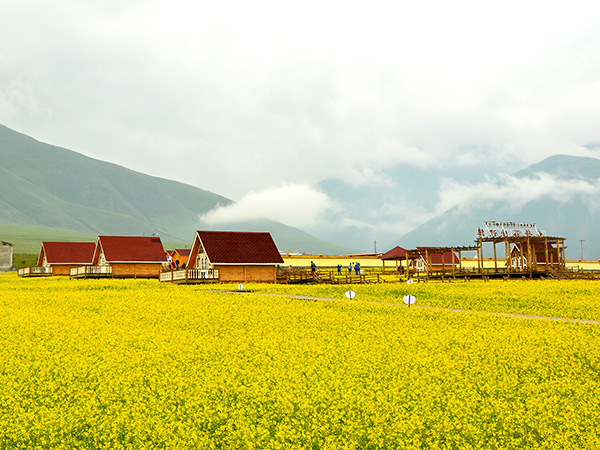 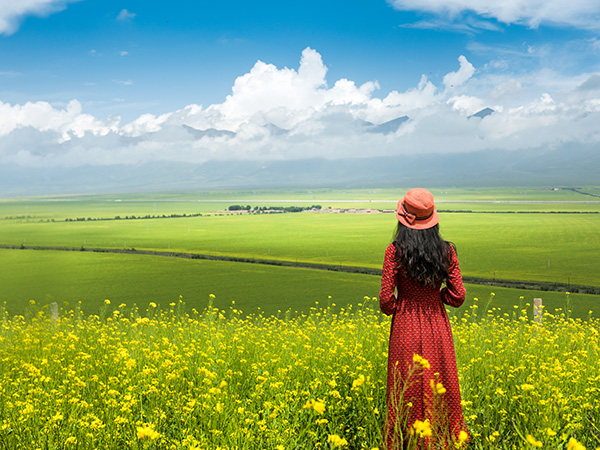 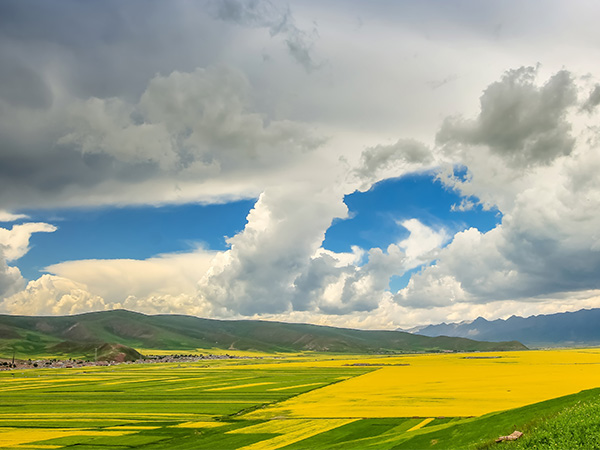 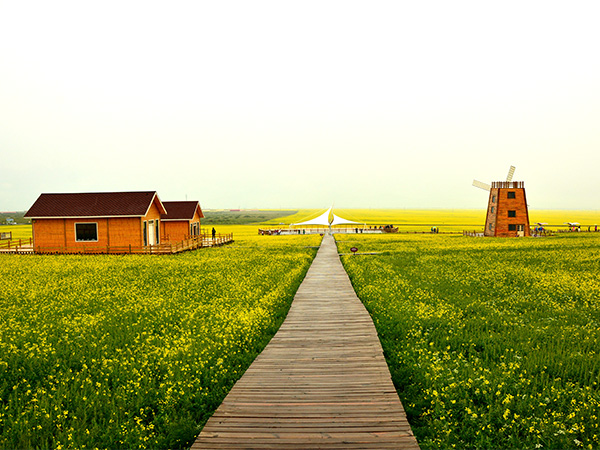 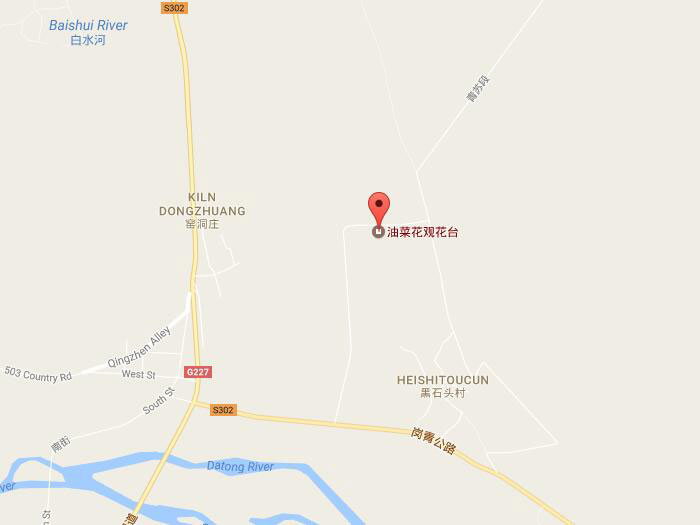 One of the three most beautiful rapeseed fields in China.


Menyuan Rape Flower Base, located in the Menyuan county, Haibei Tibetan Autonomous Prefecture in Qinghai Province, it is the key oil material producing areas in the Qinghai Province and northwestern region.
Therefore, the rape flower here becomes a beautiful and splendid artificial landscape. Moreover, the planting range of rape flower is, starting from Qingshizui in Haomen Riverside in the west, Yulong beach in the Datong riverside in the east, Lenglong Mountain in the junction of Gansu Province in the north, and Daban Mountain in Gaojun in the south, it extend for ten miles. In summer time, walking into Menyuan Hui Autonomous County in Qinghai Province you will have a feeling of stepping into a natural painting.

Time: 18th to 25th of July every year.
Menyuan in July is a paradise on earth. The eagle is circling around in this clear sky; the grass is green and the flower is red in this vast grassland, and flocks and herds as many as clouds; the mountain of Xianmilin area and flourish of woods vie with each other. 600 thousand mu of rape flower make up this marvelous spectacle of sea of flower. The sons and daughter of Menyuan who can walk and ride, who can speak and sing, hold a festival to make friends and display their talent - Rape Flower Festival of Qinlian Mountain in summer.
The golden rape flower is labeled “Menyuan oil flow in the street”, which makes Menyuan becoming a small base of rape flower and bee product of the whole province. In the end of June of 2003, base on introducing high quality planting pattern of brasicanapus, Menyuan rape flower have won the green food authentication.
If you visit Menyuan, you will find it likes a fairyland. There is a history that during flourishing age of Sui and Tang Dynasty, Emperor Yang of Sui had visit here where is the side road of Silk Road. Now when a great wind rises, here will appear an illusion of ancient battlefield over the mountain, according to local people’s description. Magic description, flocks and herds on the vast grassland, charming and dazzling imperial city, Sujitan prairie, grand and magnificent Lenglongxian modern glacier, all of these make up a unforgettable trip to Menyuan. Walking through green ocean in golden Menyuan, one cannot fail to appreciate its intoxicating atmosphere.