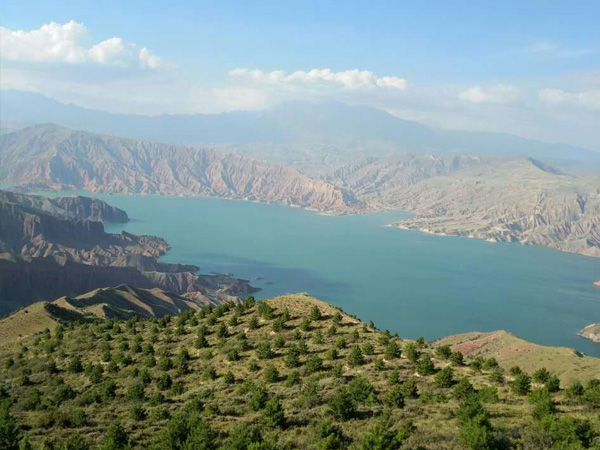 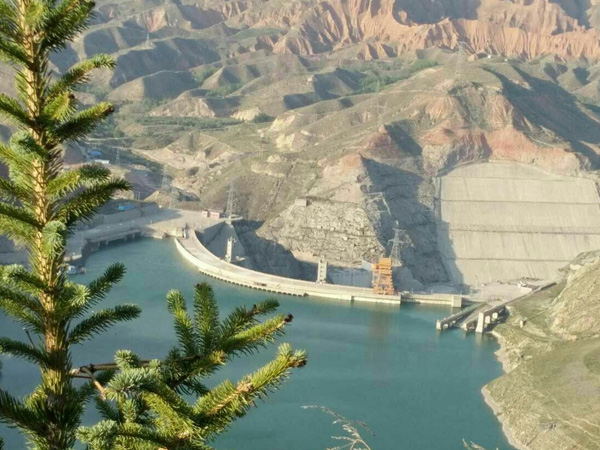 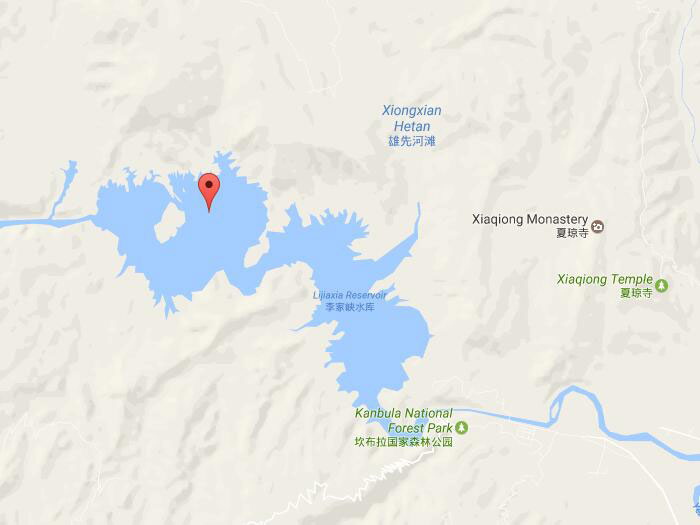 
Located in the border of Jianzha County and Hualong County in Qinghai, the Lijia Gorge is the third stage large water power station in the project of Longyang Gorge to Qingtong Gorge in the upstream of Yellow River. This power station is another important energy base in the upper reaches of the Yellow River in China.

Lijia Gorge reservoirs belong to the second step hydropower stations in upper Yellow River within the territory of the famous Kanbula National Forest Park, surrounding by the danxia landform of the mountains formed by red sandstone. Under the sun, adret is red brown, ubac is deep brown, and the shallow water shows green, deep water shows azure blue. The Yellow River flows from here. Its bottom is clear which is unusual to see in the other Yellow River.

Lijia Gorge is more than 30 kilometers in length. The project of this station is April 1988; and the successful closure of this station is on October 13, 1991. This hydropower station has vast water level and good water quality. The dam reservoir area along with the forest park, form a comprehensive large sightseeing district.

The artificial lake in the reservoir area covers an area of 32 square kilometers. The lake water is dark green, which is an ideal location to develop aquaculture industry. During summer and spring, tourists can white water rafting and angle for fish in the lake. While in winter and spring, tourists have the chance to enjoy the sight of snowscape on the plateau, which adds a proper highland human landscape to the beautiful and old Kanbula Scenic Area. Go upstream along the reservoir area by ship, you can visit the Centre Island and Songba Gorge.

【Passenger car】
Kanbula National Forest Park is close with the national key project of Lijia Gorge, 131 kilometers from the provincial capital, Xining. From Xining to Kanbula, tourist can take minibus in the Long-distance Bus Station in front of the Xining railway station to Lijia Gorge. Every half an hour will depart a bus, fare is around 12.

When come back, there is a Long-Distance Bus Station in Kanbula town on the side of the road, tourists can take a coach go back to Xining.
【Self-driving】
After entering Lanxi high-speed from Shengli road and passing through Ping’an county, you will see Adai. From the direction of Adai going to the end, the toll is 30 Yuan. Driving down the freeway, you will see the signs pointed direction of the Jianzha county then you drive on the right for about 30 km. After that you will see a guideboard of Kanbula National Forest Park, according to the signs you will easily get to Lijia Gorge. The total mileage from Xining to scenic area should keep within 130-145 km.