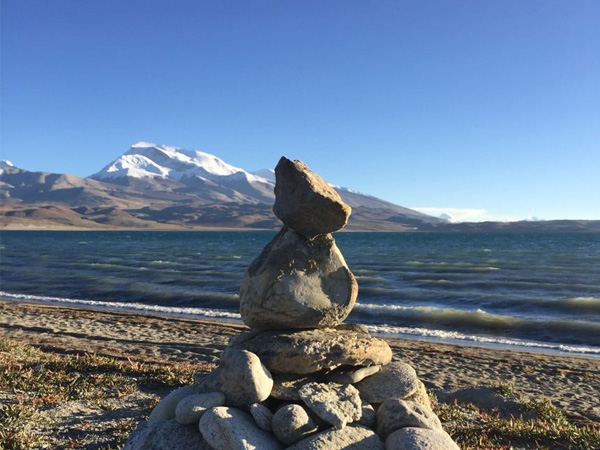 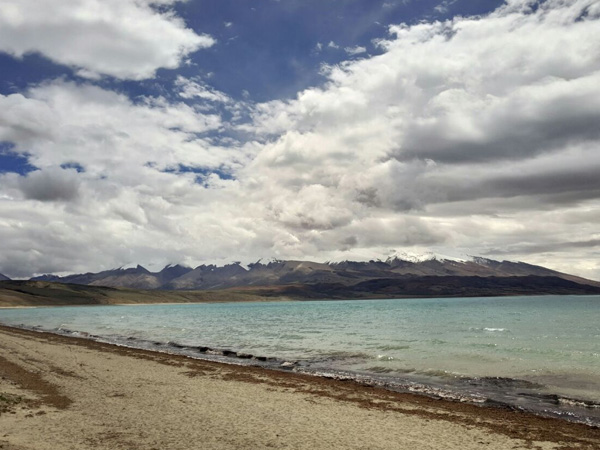 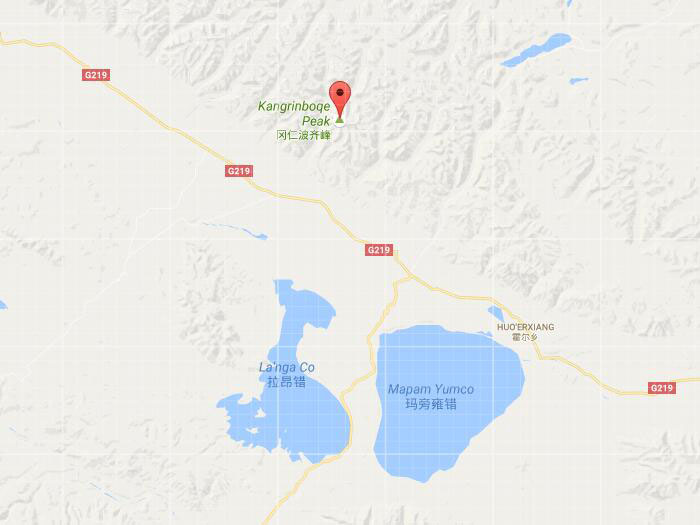 
Lake Rakshastal or La Nga Co（拉昂错） is lying close to the west of Lake Manasarovar and Mt. Kailash. Its salty water, a stark contrast to the fresh water of Lake Manasarovar, produces no waterweeds or fish. Named "lake of the demon", it is considered to be the residence of Ravana, the ten-headed demon king of Ceylon in Hindu myth. However, despite its notoriety, Lake Rakshastal bears no less beauty than other lakes in Tibet.

The Satluj River originates at Rakshastal northwestern tip. Despite its close proximity to Lake Manasarovar, Lake Rakshastal does not share the lore of worship with its east neighbor. According to Hindu mythology, this lake was created by the demon King Ravana for the express purpose of garnering superpowers through acts of devotion and meditation to the Lord Shiva who was presiding on Mt. Kailash. It was upon the banks of a special island in this lake that he would make daily offering with one of his ten heads as a sacrifice to please the Lord Shiva. Finally, on the tenth day, Lord Shiva was moved enough by his devotion and granted Ravana his wish to obtain superpowers. This lake is set as a contrast to the holy god-created Lake Manasarovar.

However, despite its notoriety, Lake Rakshastal bears no less beauty than other lakes in Tibet. Originally joined with Lake Manasarovar and later separated by geological movements, it is still connected with Lake Manasarovar by a natural channel, Ganga Chhu. It covers a total area of 70 square kilometers, at an altitude of 4,752 metres (15,591 ft). Though absent of nearby grasslands, the white cobbles, the hills and the island are colored with dark red, and the deep blue lake water present another distinctive picture absent from many of the places more frequented by visitors.