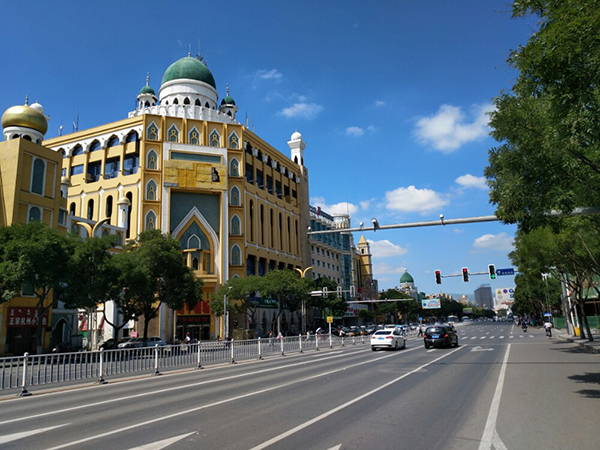 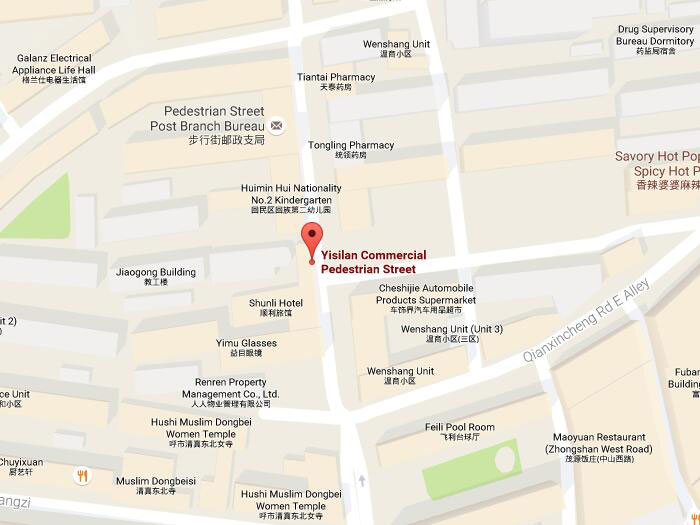 Islamic Customs Street is in the south road of Huimin District in Hohhot City, starting from the west side of Zhongshan west road in the north gate of old city, extending to Xinhua Avenue, the total length is 1150 meters. The Hui nationality live in compact communities here, and the Islamic style buildings are concentrated in here. The atmosphere here is rich Islamic environment, especially because of thousands of Islamic cultural accumulation.

Islamic Customs Street is a region that Hui nationality lives in and religious venues which is a street full of local character. The design concept is that the mainly architecture style is central Asia and Turkey Islamic style, mix with Islamic cultural character in different periods and different regions. Considering distinct characteristic of communication of multi culture in Hohhot, when design and under construction, the focus was in several priority places. And the street was remolded from ominbearing in the places like triangle square before the Grand Mosque and its surroundings, Hohhot Muslim North Temple, Moslem Middle School of Hohhot. About architectural image, designer focused on sequentiality and consecutiveness of streetscape, about style, designer focused on creating an Islamic characteristic.

Along the both side of street, the tall buildings decorated by dome, colorful glazed bricks are magnificent. The dome full of green and yellow, towering column tower, and make use of desert yellow as primary color, all of these give people a sense of full-bodied Islamic flavor.

Walking in this Islamic style street, watching different style of building aside, you will have a feeling like walking into a gallery of history, which will make you memorable.

【Chinese name】: 伊斯兰风情街
【Recommend playing time】: 2 hours
【Best time to visit】: In any time. Every April to October is the best months to travel Hohhot. If you want to visit prairie, you have better go there in the middle of July to the beginning of September.