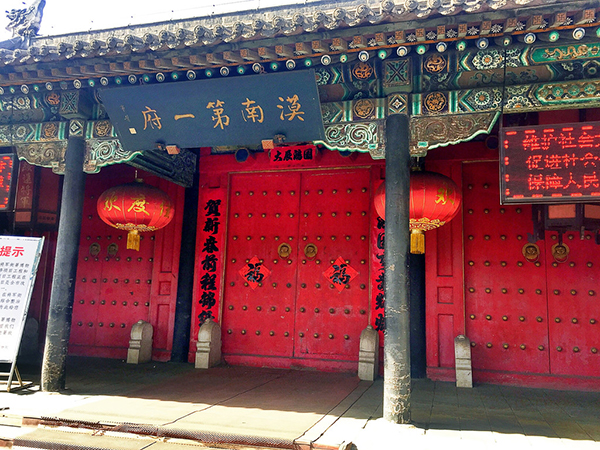 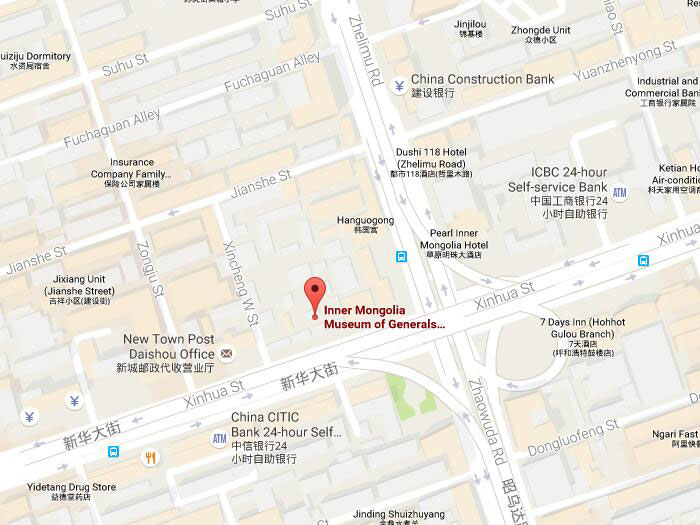 Office of officials in Qing Dynasty.

General Government Office（Chinese name: 内蒙古将军衙署博物院） in Hohhot is one of the national cultural heritages in China, it is located in the new municipal area of Hohhot, Inner Mongolia, In Yongzheng Period, in order to strengthen the defense power of the northwest part, a new city was built. During the Qianlong Period, the city was finished. In secession, General Government Office was set here for administration.

The existing General Government Office was distributed into buildings in the Qing dynasty, buildings of the republic of China, and the other buildings with three types of building in all. The building group consists of left, middle and right three parts; the flat represents a rectangle of north and south is long and west and east is narrow.

With the formal symmetrical structure, this office shows a serious atmosphere to visitors. In 1911, the provincial chairman Li Peiji built a garden called "Cheng Yuan" in the east part. A large screen was set in front of the gate. And two stone lions were also in both sides of the gate. The door of the hall is divided into the three chambers. Since going through the entrance, people should go through a door called "Yi Men". "Yi Men" is also divided into three parts, one is the middle door, while the other two are side doors.

The General Government Office is the Qing government in order to strengthen the control of the frontier minority and prevent Junggar Mongolia invaded the northwest frontier of Qing government again, therefore set up to protect the subjects from the mainland It is an important part of “the eight banners” garrison system, and because of it is the residence for the garrison general in Suiyuan city, calls the General Government Office. It has been 270 years of history which has important historical value.