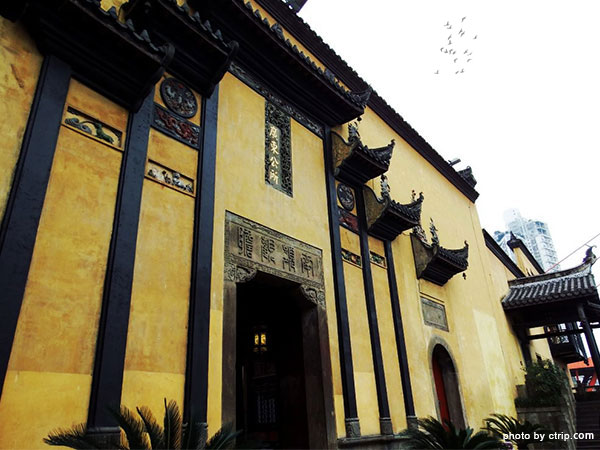 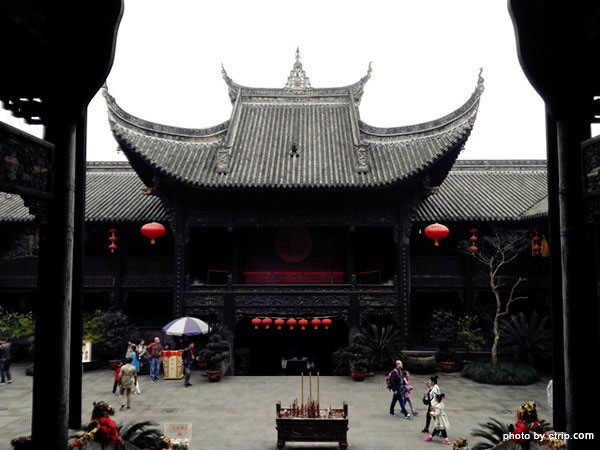 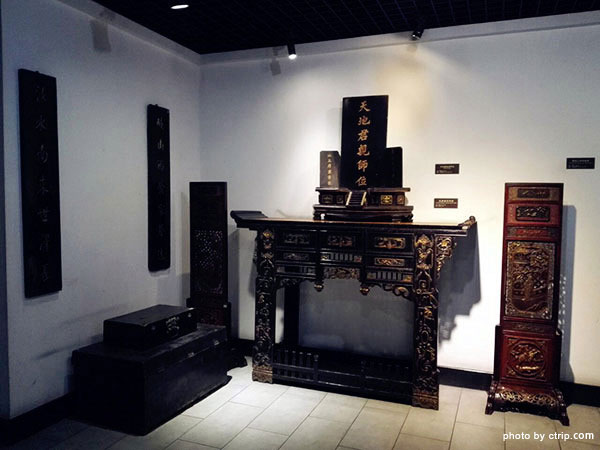 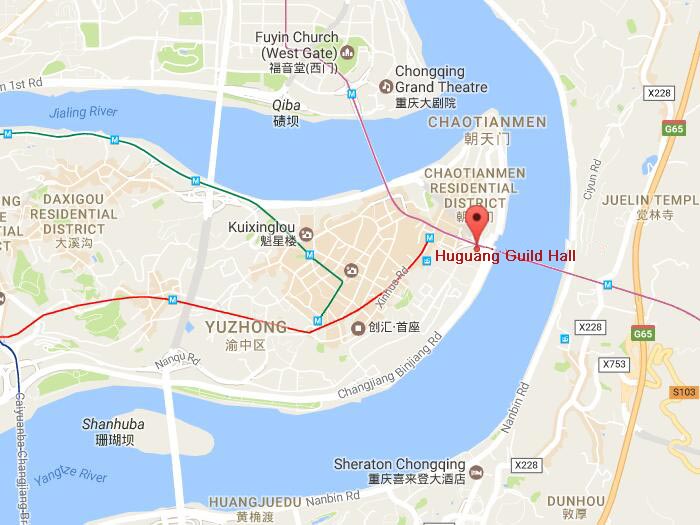 A featured historic building in Chongqing


Huguang Guild Hall (Chinese Name: 湖广会馆) in Chongqing is re-opened for the public as a museum for visitors to explore the past Chongqing. With an ancient architectural style, Huguang Guild Hall was built in 1759 under the regime of Emperor Qinglong in the Qing Dynasty. In the history, this temple was first erected by the local businessmen and it was repaired and extended three times with the basic style without many changes. Till now, the Huguang Guild Hall is turning into a sprawling complex of buildings, courtyards, and gardens for more than 100 years.

According to the name "Huguang" which refers to today's Hunan, Hubei, Guangdong and Guangxi, the original goal to build this hall is for the immigrants who moved from the above 4 areas. When it was re-opened in 2006, visitors still can find the original style. The wooden building walls, doors and windows were delicately carved. The theme of these carvings includes human figures, and animals and various plants. It's amazing that they were so vividly sculptured. It is a classic example of an ancient Chinese Guild hall.
Yuwang Temple in this complex may be a cultural site because of the significance in the past. During the ancient time, people would like to come here to pray for a good harvest for the coming years. 300 years ago, locals gathered at the Yuwang Temple to worship Yuwang, a local god who may prevent them away from sadness, hungriness and poorness.

The now renovated halls and rooms are about 300 years old and still in use. Many theatres, opera-stages and temple-halls can be seen while Local performances are shown here daily. Some of the rooms are turned into a migration museum. Visitors can see and buy local handicrafts.

Huguang Guild Hall, also known as Lianghu Guild Hall, local people also called it as Yu King Palace. It was built in the Qing Qianlong period twenty-forth year, and it was facing south; in the opposite of its door was Yangtze River. Huguang Guild hall is the history as a bustling commercial port of Chongqing in the Qing dynasty, is immigrant culture, business culture and an important symbol of architectural culture of Chongqing in the early stage of the Qing dynasty to the early years of the republic of China.
Huguang Guild Hall is a group of guide hall built in the Qing dynasty Qianlong period, provincial cultural relics protection units. It includes Guangdong House (also known as Nanhua palace), Huguang Guild Hall (also called the Yu King Temple), Qi’an House and part of the Jiangxi Guide Hall sites, is located in the Yangtze River, Chongqing Yuzhong district. It is the largest ancient group of guide halls in south of the Yangtze River in China, which has the high building value, cultural value, historical value, artistic value and value of tourism development.
Chongqing during the Ming and Qing dynasties in the history was prosperous, attarcted a large number of businessmen entering the Chongqing market from different places, especially Guangdong, Guangxi, Hunan, Hubei, Shangxi, Shaanxi, Yunnan, and Guizhou provincial merchant. Each business group since Qianlong period has gradually set up in guild hall in the city. Former famous "eight provinces guild halls" in Chongqing city had a considerable scale and economic strength, they were the Huguang guild hall (also known as Yu King Palace, in Dongshui Gate), Jiangxi Guild Hall (also known as Wanshou Palace, in Dongshui Gate),  Guangdong Guild Hall (also known as Nanhua Palace, also in the Dongshui Gate), Shaanxi Guild Hall (also known as Sanyuan Temple, inside Chaotianmen), Fujian Guild Hall (also known as Temple of the Queen of Heaven, in Shaanxi street), Yunnan-Guizhou Guild Hall (in Xiubi Street), Shanxi Guild Hall (in Renhewan) and Tonqing House. The grandest and most deep-pocketed of Eight Provinces Guild Halls is Huguang Guild Hall and Jiangxi Guild Hall.
Late Ming dynasty, there has been raising one hundred years of "HuGuang fill in Sichuan" immigration in Chinese history, as the Hubei and Hunan merchant's party in Chongqing, Huguang guild hall also arises at the historic moment. Such as some local dialect words was originated from Hubei and Hunan dialect.

Chongqing Huguang Guild Hall architectural features are different and Chongqing Huguang Guild Hall decorations also have very rich Hui style. Its wooden carving came from a series of southern Anhui wooden carvings. The southern Anhui is the location of ancient Huizhou, Huizhou woodcarving is the national famous high-quality goods. The worst flood in 1928, scoured more than eight docks also burst the Chongqing eight guild halls. In the “Elimination of the Four Stereotypes", the number of the red guards came here several times, the wooden carving and stone carving was lesser in Huguang Guild Hall.
Huguang Guild Hall fire seal has very distinctive features. It has very good transition effect on architectural floors, elevation difference, advance and retreat, makes the monotony of the hanging herringbone roof becomes strewn at random. Qi’an House fire seal is the most unique shape. Fire seal form is various, mainly with trapezoidal, curved shape (bow wall), herringbone, etc. Qi’an House of fire seal is the curved shape of the bow wall, represents circular arc form. The fire seal in the north China is a straight line, solemn but lack of graceful; but reserved southern fire seal such as Zhejiang fire seal, people can appreciate the elegant and graceful feeling. Huguang Guild Hall fire seal belongs to southern style.
Huguang Guild Hall once carried a glorious past of Chongqing and it will continues to host the new another piece of brilliance.

How to get to Huguang Guild Hall