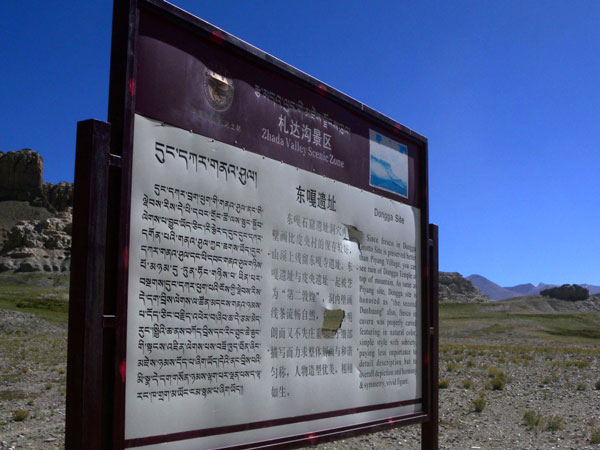 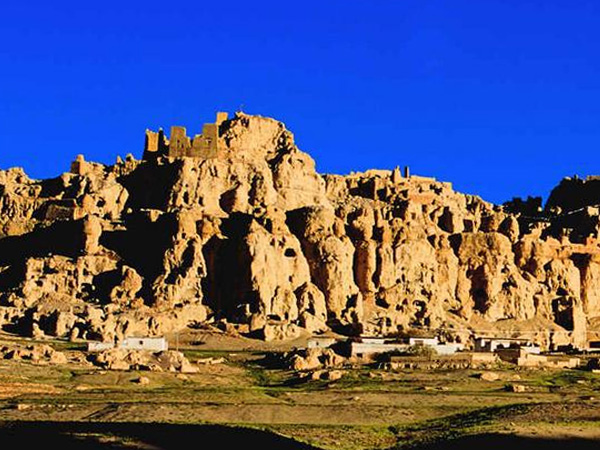 
Donggar is a small village with a dozen households in Zhada County. Archaeologists unearthed a grotto here, which is the largest Buddhist cave so far discovered in Tibet with a history of 1,000 years and great archaeological and research value.

These frescos in Donggar Ruins are well-knit, with smooth, easy lines, bright colors and unique designs. They have substantial content, including exotic figures, patterns and designs. Painted with a special mineral dye, the frescos still appear new after such a long period of time and will never fade.

The major themes of the frescos in Donggar Ruins include figures of Buddha and images of Bodhisattvas, protectors of Dharma, men with unnatural strength, legendary stories about Buddhism, pictures of expounding Buddhist texts, and pictures of worshipping Buddha, as well as various decorating patterns like peacocks, dragon fish, two dragons twinning, two phoenixes standing opposite each other, and the Tantric Mandala. Some of the animals in the frescos, like the dragon, phoenix, lion, horse, sheep, cattle, wild goose, duck and elephant, are not native to the Ngari Plateau. Most commonly depicted are heavenly girls in vivid and varying shapes.