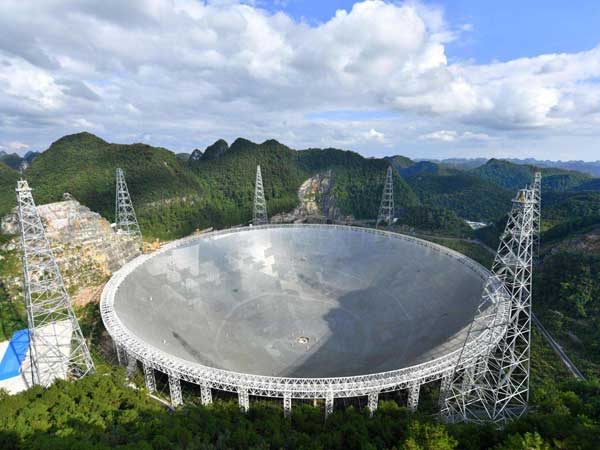 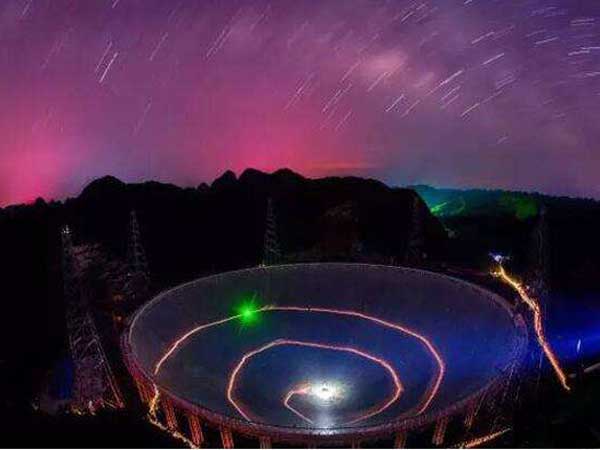 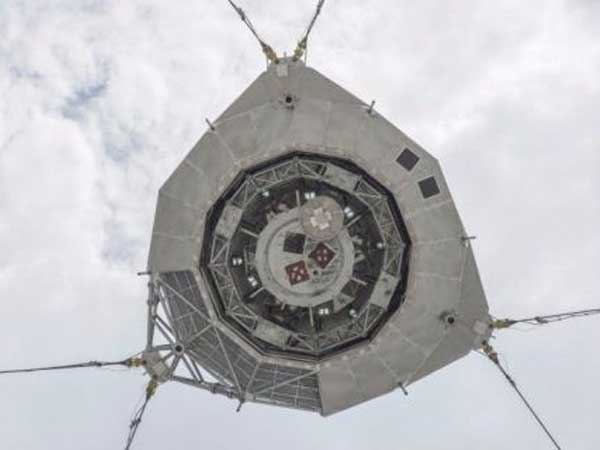 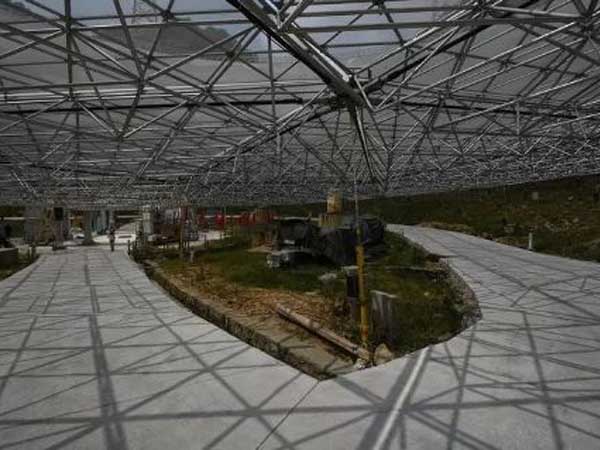 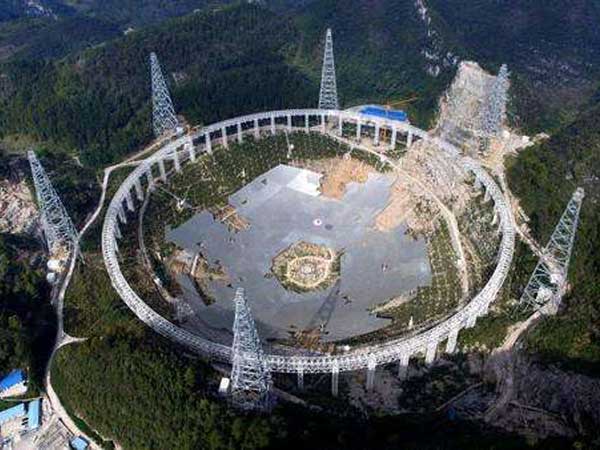 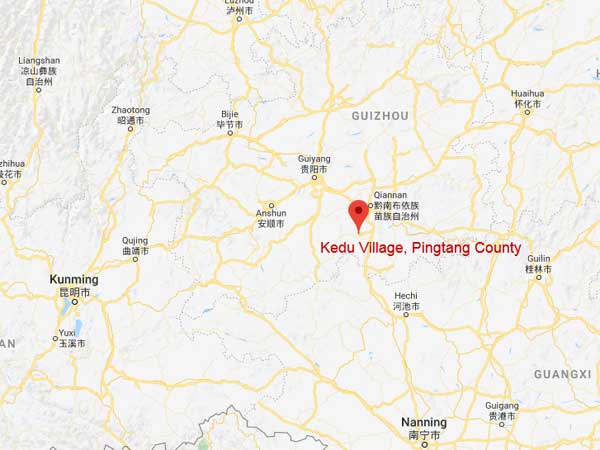 The idea of building China’s own radio telescope was approved by China National Development and Reform Commission in 2007. It was after 12 years of geologic surveys and selecting the perfect depression out of over 1000 candidates to house the project that the technology team had finally picked Dawadang depression in Guizhou. The ground was broke on 5th march 2011, and the whole project took five and half years costing approximately 667 million CNY.

The telescope is so incredible not only because it had solved so many construction challenges during its building progress, but also because of the accuracy and the faintest wave it can detect through thousands of light years away in the known universe so far. The telescope was handed in operation in 2016 and till present, it has discovered 24 pulsars of which 14 are confirmed by either Effelsberg or Parkes.

Similar to the famous Arecibo Telescope , the “FAST” has to be built in a natural depression in the landscape. It needs to be removed from radio waves interference and for an astronomy project as large as this one, it is better to be located remote away from human habitats.

In southwest China, where landscape is often largely formed by karst landscape, such as Guilin which famed of possessing the beauty of karst landscape, Yunnan province and of course mountain areas in Guizhou province, these areas are all not difficult to find remote natural depressions. But, after 12 years of geology survey, scientists and geologists had picked Dawadang depression in Guizhou from over 1000 depressions for a good reason. This is a perfect and the only on earth could house “FAST” said by professor Nan rending (南仁东), the Chief scientist of the” FAST” project. 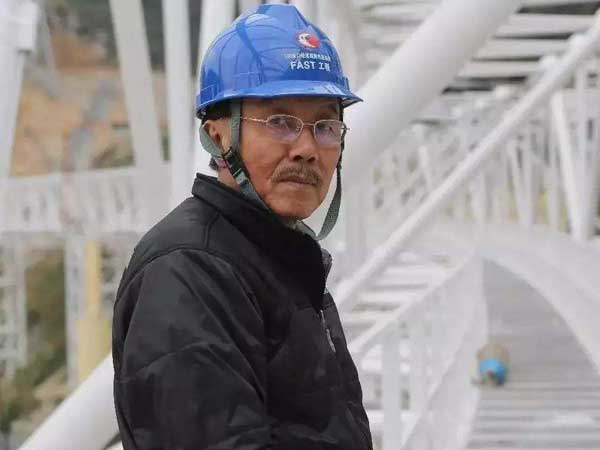 Dawadang depression is a 45 million years old crater. Sheltered by the rugged mountains, 5km from human interference, this is an ideal location to store a radio telescope. The karst geology proved ideal for flood prevention. It is easy to find a depression but this one is perfect, as it has a natural drainage and no matter how large the rainfall, water will eventually seep underground not mention the remote location advantage.

Structure of "FAST" and How was it build?

“FAST” is built in a similar way to the Arecibo Telescope. It has a 500 meters aperture spherical as its signal receiving dish. The dish is consists of about 4500 triangular aluminum panels and each of them is supported by its cables beneath through which the panels are computer controlled to tilt into a perfect angle to receive signals from diverse directions. The cable net is very complicate, 10000 cables form a complex net to cushion the dish and 2250 articulated joints fix onto the dish to manipulate its shape. Installing the cables for the net is a very difficult and dangerous.

Its focus cabin is as heavy as 30 tonnes. It is held up by only 6 cables and hoisted above the dish 140 meters high. The focus cabin on a telescope houses the feed that receives the radio signals once reflected off the dish. It works in perfect harmony with the active surface to alter its position while tracking the movement of the radio source.

Challenges of the "FAST" Project:

Difficult in transferring all the building materials to the remote location:

Since the project was breaking ground on 11th march, it threw out many challenges to the team. The first big trouble is the material transferring. At this case, remote and isolation of this location had turned to a huge disadvantage. Very heavy goods had to transfer through very bad and winding road to reach the site. Whole road needed to be hammered out, in very difficult terrain to get to all this enormous volume of metal into this limestone depression. That was a very dreadful and painful process.

For the project we have to conduct research into topography, construction and hydrogeology.

To have actually went through this and made the simulations and the prototyping to get to this point is very impressive. 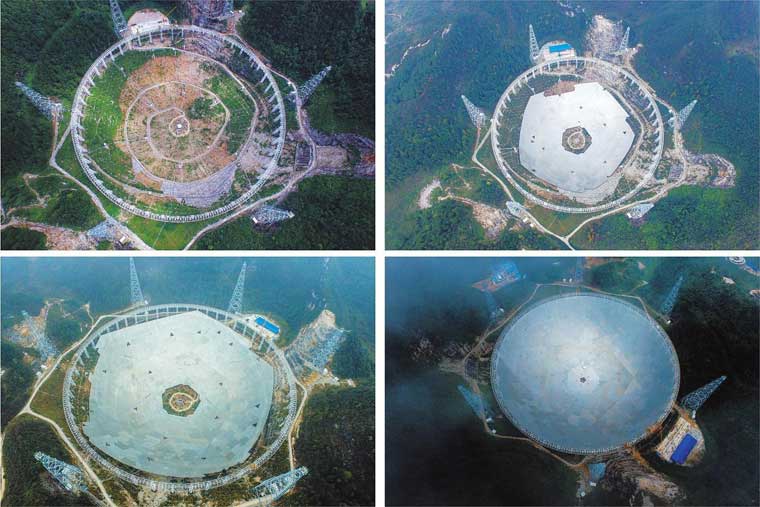 Rare data or experiences for reference:

It is hard to find data from other project. With rare data or experiences of any existing telescope project that the scientists can turn on to, many challenges only had to be solved and figured out on the ground. Nothing on the scale if fast has ever been attempted before, the science team had nowhere to turn for research references or inspiration.

Firstly, they had to solve the problem of stopping the focus cabin being interfered by waves that was generated by the devices in the cabin itself. The waves produced by the cabin’s own equipment need to be contained so that they don’t interfere with the telescope.

What is the science mission of the world largest radio telescope?

Fast is destined to answer some of the astronomy’s biggest mysterious.

The key mission for “FAST” is the questing of pulsars—rotating neutron stars. Pulsars are some of the densest objects in the cosmos. They are the remnants of the gravitational collapse of massive stars, cramming about 1.4 solar masses' worth of matter into a sphere measuring just 12 miles across. On Earth, a teaspoon of matter from a neutron star would weigh over 1 billion tons.

And like most human made astronomy projects, “FAST” hopes for detecting intelligence creatures’ interstellar communication signals, that is to say, receiving alien signals in the universe if there is any. Another primary goal for “FAST” is to detect Gravitational Waves.

What make the "FAST" so special？

“FAST” presents a new frontier in the evolution of telescope, with a 500 meter dish, it is the world largest surface area telescope on the planet and the most sophisticated telescope known to man. It is 3 times more sensitive than the existing telescope Arecibo, and it is able to sense the faintest radio wave that is thousand light years away in the universe. But, it is not only because of the scale of the FAST makes it more sensitive than previous radio telescopes; it is also because of the mind blowing innovative design that makes it so unique. It is the next generation of radio telescope providing a quantum leap in capability.

“An intrinsic problem with radio astronomy is the nature of radio waves themselves. Radio waves are parallel and focus to a point when reflected by a parabola shape”, said by Professor Nan. To solve this problem, their engineers had come up with a brilliant idea, a cable net which pulls the reflector into the parabaloid state. After morphing into its parabaloid shape, the dish can then point to any direction to track and receive a signal. And all this in operation, is a highly computer controlled very sophisticated system.

“FAST ” is a truly wonderful beautiful science landscape presenting you the top level of human wisdom in radio telescope.

6 Interesting facts of the World Largest Telescope you should know:

What can we see through the world largest radio telescope? What has the "FAST" discovered so far? 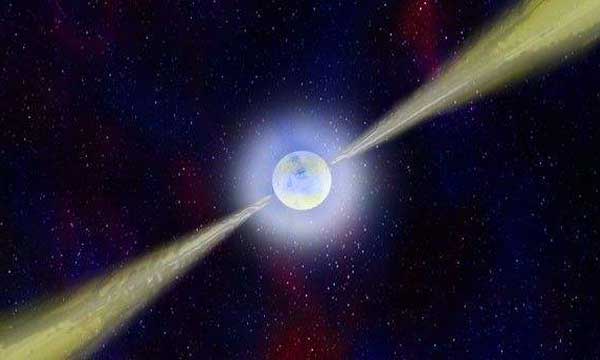 （Illustration of FP1 which found by FAST,Credt: Image from National Astronomical Observatories of China——NAOC） 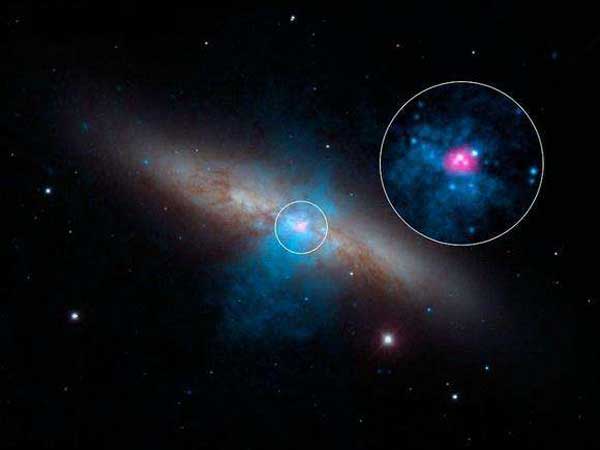 （ Images of FP1 and FP2  , Credt: Image from National Astronomical Observatories of China——NAOC）

During its trail run in 2016, “FAST”-- the world’s biggest single-dish radio telescope has detected two pulsars, “FP1”and”FP2” , both of them were soon confirmed by other telescopes. Till present, according to official authorities, it has discovered 24 pulsars of which 14 are confirmed by either Effelsberg or Parkes. Interested in more achievements and latest discovery list by “FAST” please go for http://crafts.bao.ac.cn/pulsar/fast_all_pulsar_list/

Signals of “FP1” and “FP2” when they were found. (Credt: Image from National Astronomical Observatories of China——NAOC) 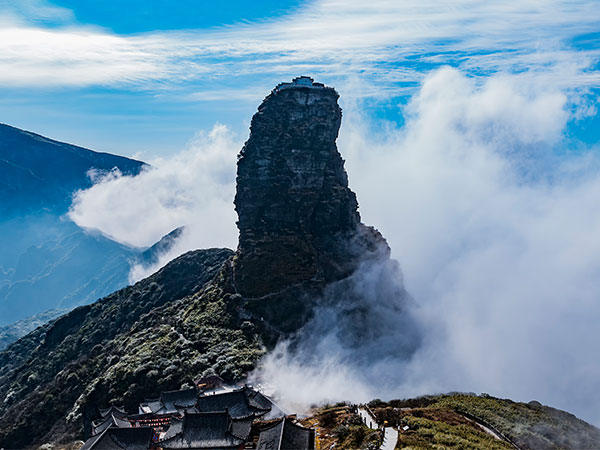