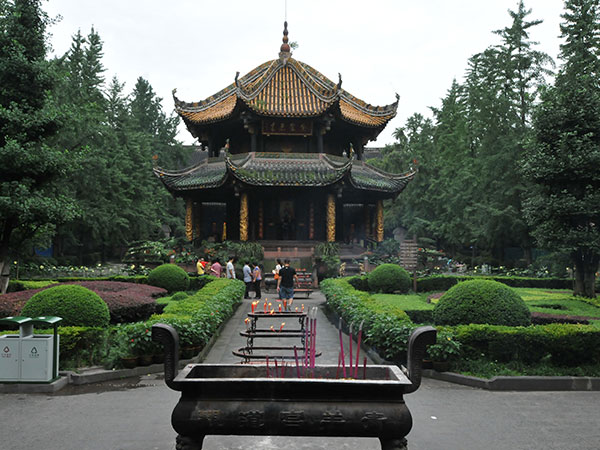 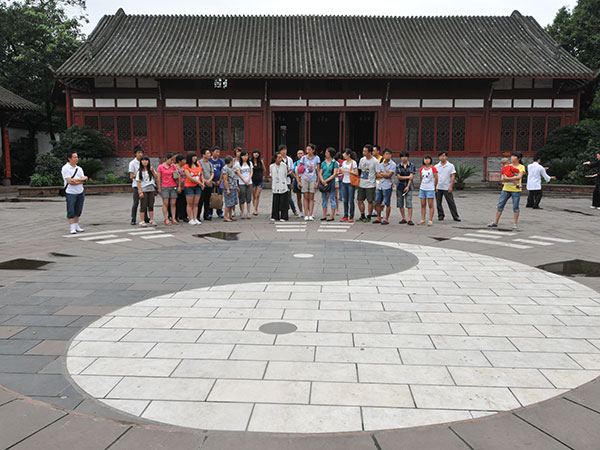 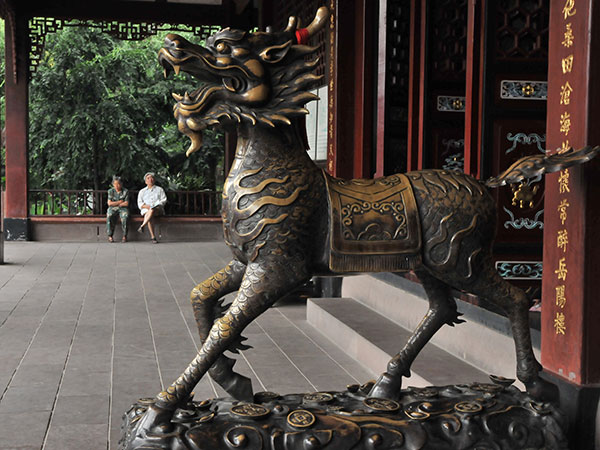 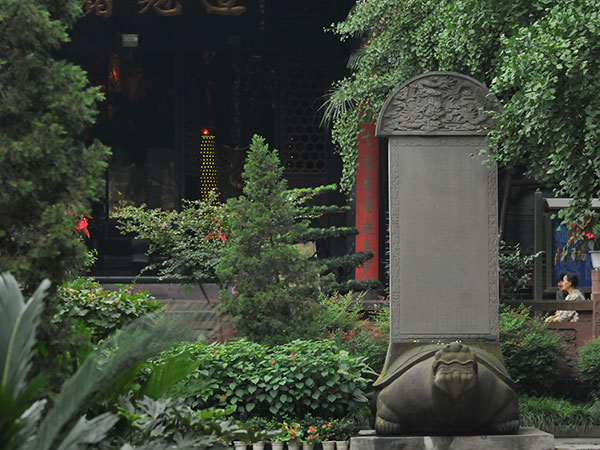 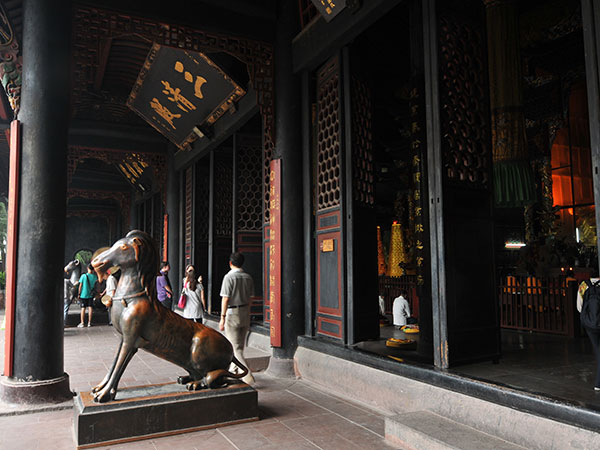 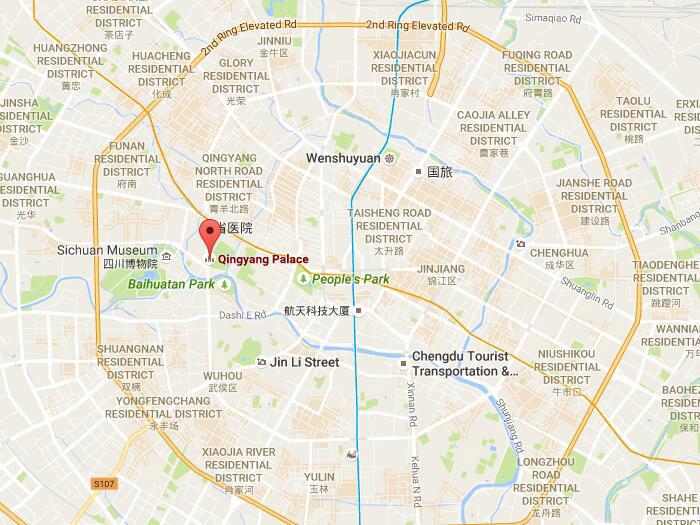 In the western portion of Chengdu City, Sichuan Province, China


Chengdu Qingyang Gong is a famous Taoist temple in southern China. Found in the 9th century, Qingyang Gong is a sprawling center of Taoist studies that still has a very active community of monks, Chinese traditional medicine doctors, music teachers, Tai Chi Chuan classes, and an excellent vegetarian restaurant. According to legend, this is the place where Lao Tzu, the author of the Tao Te Ching descended from the heavens. The temple was first established though in the Tang dynasty around 880 AD, but was destroyed in the Ming Dynasty. Since then it has undergone many re-constructions and phases, but it has always been an important center in the birthplace for Taoism.
Qingyang Gong is more than a home to some bronze statues. This temple is an ancient Taoist temple and devoted to the memory of Lao Tzu (604 B.C. - 531 B.C.), the father of Taoism. Inside, the magnificent Eight Diagrams Pavilion is delicately inscribed with Taoist theory of "relations between yin and yang, and the eight combinations that produce all things on earth." The grounds contain six halls on a central axis, a room for printing Taoist texts that stands to the east, and a room for worshipping Taoist sages that stands to the west.
The extant structures-including the two bronze sheep at the entrance-all date from the latter half of the Qing Dynasty. A two-month long flower festival, with origins in the Tang Dynasty, is still held here each year, beginning on the 15th day of the second lunar month (February/March). The festival is a cultural outpouring, featuring opera and theater performances along with displays of flowers (the crab apple and plum blossoms are renowned throughout China), crafts, and birds.
The Hall of Three Purities (Sanqing Dian) is the monastery's main building, but the most emblematic has to be the Bagua Ting (Pavilion of the Eight Trigrams).
In the Three Purities Hall, there are three huge statues representing the deities of Nature, Virtue and Wisdom. They loom over two mystical beasts. The beast to the right appears to be a goat, but with the claws of a tiger, a unicorn's horn, a snake's tail, and other attributes derived from the Chinese zodiac.
The most important building at Qingyang Gong is the Bagua Pavilion. The present structure dates back to 1882. It has stone pillars carved with the figures of dragons enclosing the life-sized statue of Lao Tzu, the mystical founder of Taoism. Lao Tzu is shown riding a buffalo in the statue. This octagonal building sitting on a square pedestal (symbolic of the earth) rises 20m (65 ft.) and has two flounces of upturned roofs covered in yellow, green, and purple ceramic tiles. Between the roofs, each facet of the octagon has at its center a plaque of the eight trigrams set off by a pattern of swastikas, symbolic of the sun or the movement of fire. The 81 carved dragons are said to symbolize the 81 incarnations of Lao Tsu, but the number has closer associations with Chinese numerology and the belief in nine as the most "accomplished" of numbers.