Dengfeng is about 2 hours driving-distance from Luoyang, which is the origin of Zhen and Shaolin Kungfu. Therefore, each artistic element owns its particular annotation of background and becomes unique. This is why the Shaolin Zen Music Ritual is the must-watch performance when you travel to Dengfeng.

Shaolin Zen Music Ritual is performed by about 600 musicians, dancers, local villagers and Kung Fu monks. This performance reflects the profound Chinese Zen culture and the world first-class audio and visual effect that you might have never experienced ever before. You can sit on prayer mats around the brook in the wind, watch the water, hear the music of Zen and appreciate the performance, with mind eased and relax.

This performance is created to interpret traditional Chinese culture by using the unique creativity and modern means of science and techonology, with Shaolin Temple and Zen culture as the background, with music, dancing and Chinese Kungfu as a carrier. Shaolin Zen Music Ritual performance is a good actual scenery show and has become the new name card for Henan tourism. There are totally 5 sections of this performance. They are Water Music, Wood Music, Wind Music, Light Music and Stone Music. 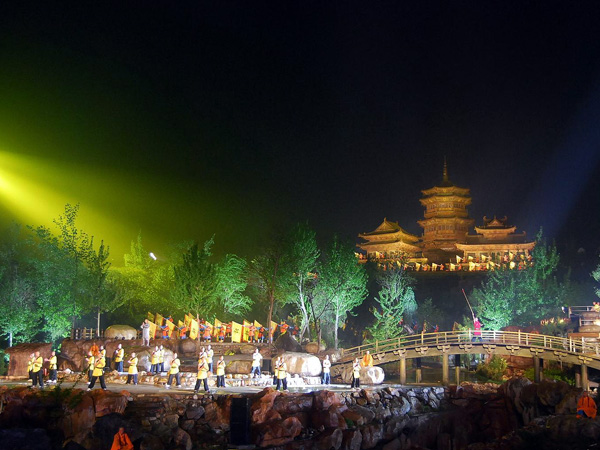 Indulge in the meditation of Zen around the brook and watch the water to drop through the stone The vision of Darmo appears in the meditation; and the village girls returned from washing walk out of Tang poems. The chant of the bodhi-tree, the sound in empty mountains after raining and the dialogue between monks and earthlings are all turned to be the mind of Zen in the brook.

The continuous sound of wood block from the thousand-year-old temple is stating the growth process of Shaolin monks: from the naughty boys to the mature grown-ups and the peaceable oldsters. The shepherdess drives the sheep, and her singing breaks the mind of Zen caused by the wood block. The heart beats with the wind, all for the beauty in the earth. 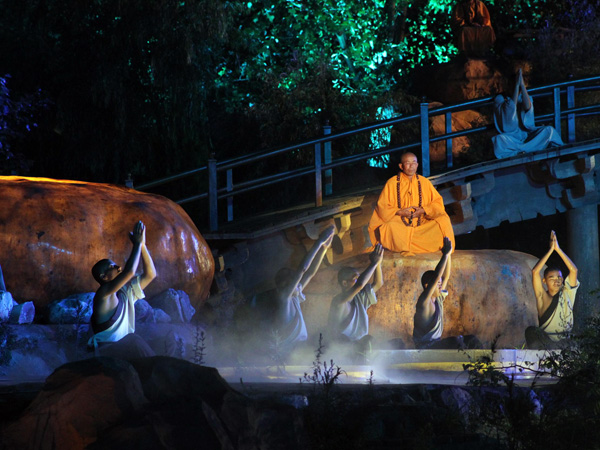 Through wind bell, wind fist, and wind stick to wind flag, Shaolin Kungfu shakes the forest. This is the manifestation of Chinese Kungfu.

From spring to winter, the four seasons transmigrate in the music. The scenes of mountains, the moon, ancient temple, and pagodas flash away in a rapid speed. The Shaolin monks on the wooden posts seem to break through the limit of life, extend upwards, transform to genius of the world, and fly in eternity. 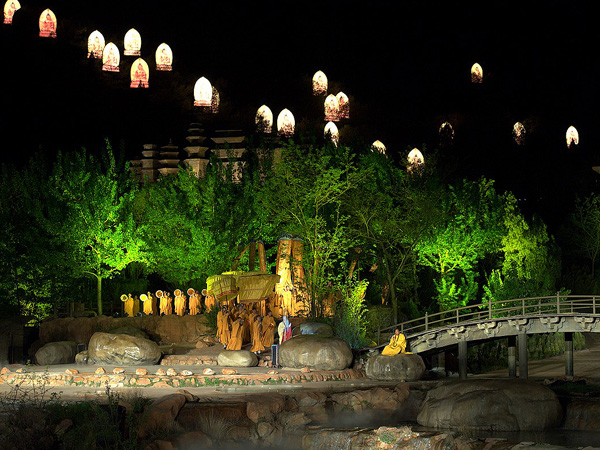 The stone music is played by the instruments made from stones in Mt. Songshan is a kind of auspicious music in the world. The singing of a thousand Shaolin monks in the forest is the chant of Zen towards the nature, love towards the life, and appreciation towards everything in the world

This show is really worth watching if you travel to Shaolin Temple and happen to stay Dengfeng for a night. It is performed at the stage with the biggest lighting system in the world. There are more than 2,800 lamps controlled by computers from the foot of the mountain to the 1,400-meter high top. The stay covers an area of 5 kilometers. Such a big stage project is unique in the history of theatrical performances. It is the most difficult martial arts show in the world, in which the monks need to fly, roll and fight in the sky about 80 meters above the ground. 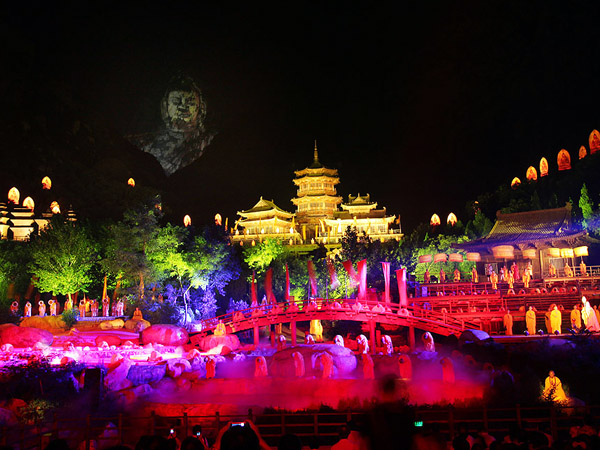 Where is the Theater for the Performance?

The Shaolin Zen Music Ritual is performed at Daixian Valley, which is about 10 km in the South of Dengfeng City and 7 km from Shaolin Temple.

What is the Show Time?

20:00-21:15 every night. The duration is about 75 minutes. It is played from Middle of March to Middle of November every year. When you make your tour plan to watch this fantastic show, please pay attention to the right time. 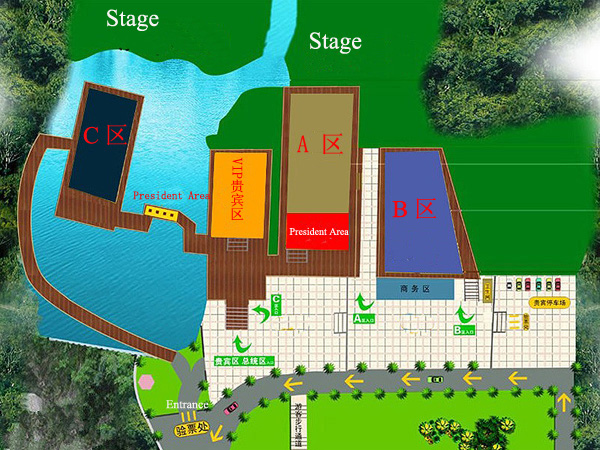