Zhaoxing, located in the south of Liping County, Guizhou Province, is a small place surrounded by the mountains. Being crowned the title of First Dong Village of China, the biggest Dong Minority Village locates in Zhaoxing. The village was first built in the Song Dynasty, which owns a history of 850 years. There are more than 1,100 households and 6,000 Dong people living there. It is believed that Zhaoxing is a collection of Dong's history, spirit, and culture.

Zhaoxing Dong Village would be a must-see place if you loved the minority culture in China. Follow the photography tips for Zhaoxing Dong Minority Village, and we would show you how to plan a photography tour to Zhaoxing. 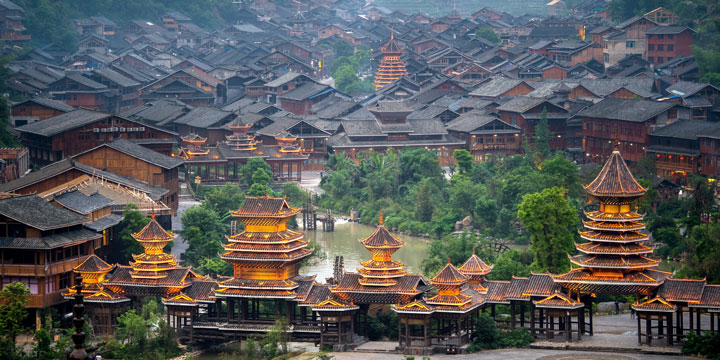 One of the famous symbols of Dong Minority is the characteristic architectures - Dong Village, Drum Towers, and Flower Bridges.

The Dong villages are generally characterized by mountains and rivers, and Zhaoxing is no an exception. Nestled among the mountains and rivers, Zhaoxing Dong Village is isolated from the hustle and bustle of the city, which makes it a heaven. The houses in the village are stilted wooden buildings with cedar, which are one to four floors. Usually, people live upstairs while the downstairs is used for captive livestock and storage.

Zhaoxing is renowned for the group of Drum Towers, which is unique and peerless among other Dong villages in China. And it has been listed in the Guinness Book of World Records and was praised as the Hometown of Drum Tower Culture and Art. Zhaoxing Dong Village is divided into five groups, and each group builds one Drum Tower, Flower Bridge (Wind & Rain Bridge), and Theater Stage. The five Drum Towers are spectacular in appearance, height, size and style. The Drum Towers were designed and built by the Dong craftsmen with the mortise and tenon joint structure, which is very strong that could stand for centuries. Looking from afar, the layers of eaves curve up to the sky, which is imposing and overwhelming. Drum Tower is not only the crystallization of Dong-style architectural art, but also the carrier of Dong culture. Drum Tower is the place to hold the important event and gather people for fair discussion, and it is also the place to celebrate the local festivals. At leisure, Drum Tower is a relaxing place where people could chat the household stuff, tell the stories and play songs.

Where the Dong people live, there are bridges over the rivers. Most of the bridges are built on the main roads. There are a variety of materials to build the bridge, including woods, stones and bamboo, etc. The wooden promenade bridge named Wind and Rain Bridge or Flower Bridge is famous at home and abroad for its unique artistic structure and superb architectural skills.

Special Notice: Most of the buildings in Zhaoxing are wooden structures with poor fire performance. Therefore, we should pay special attention to fire safety.

Besides the Dong's architecture, Dong's art and custom is also an attractive theme for the photographers. Zhaoxing Dong Village is not only the hometown of the Drum Tower but also the hometown of song and dance. Dong Ka Lau (Dong Opera) can be regarded as the representative of Dong traditional art. Dong Ka Lau is a chorus with many voices and no accompaniment. The singer has no professional training, but only relies on the natural sensitivity of music to express all kinds of emotions about life. When dozens of people chorus, the treble part, bass part, mixing, harmony, rotation, colorway can be performed incisively and vividly, which is very touching. In 2009, Dong Ka Lau was listed as World Intangible Cultural Heritage.

Singing has a high place in the social life of the Dong people. To celebrate the local festivals or welcome the guests, Dong people gather in the Drum Tower to sing and dance and hold traditional cultural activities. During the Lusheng Festival held in Mid-Autumn Festival every two years, Dong people compete to play Lusheng, sing and dance, which is a grand and spectacular event. There is a daily performance in the village, so you would have a chance to appreciate the local art anytime. 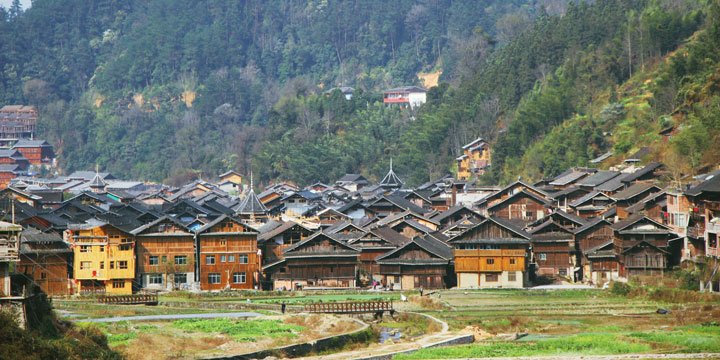 Due to the reputation of Dong's architecture and art, many people may ignore that Zhaoxing is a scenic area with natural landscapes. Liping County is the mountainous area, while Zhaoxing Dong Village is located in a narrow valley. Because of the special landscape, the areas where terraced fields are cultivated are often surrounded by clouds and mist. It shows different views in four seasons, which makes it an ideal place for photography.

With the 6 kilometers distance to Zhaoxing, you will reach Tang An Dong Village, which is an ecological museum jointly established by the Chinese and Norwegian governments. The fields in the village are built against the mountains, forming a spectacular scale, which could match the terraced filed in Longsheng.

The village has its own characteristics, the more you learn about it, the more you know about photography. To make the satisfying photos, you'd better set a specific goal, and plan the best time and place to shoot. 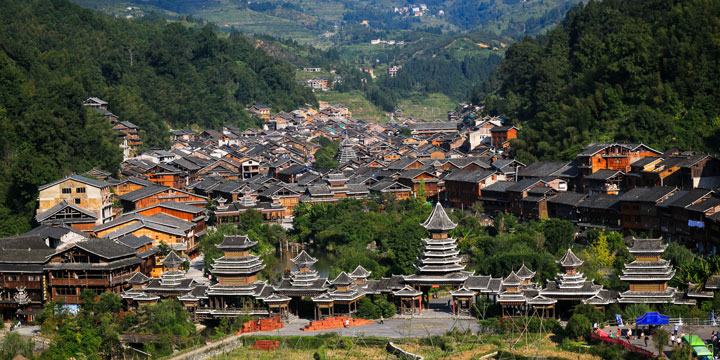 One of the main photography themes to ethnic village is the architecture. The character of architecture is stability, which allows the long exposure and free choice of shooting angle. So it is recommended to use a variety of shooting methods to express the objects, such as other scenery as the foreground or the background can obtain a good mood.

The sidelight is commonly used on the panoramic photography. It means that the direction of the light and the camera forms a 90-degree angle. Therefore, the object will show a clear contrast between the light side as well as the dark side, which highlights the three-dimensional texture and the gradation of light.

As an important part of minority ethnic in Guizhou Province, Zhaoxing is a gem of Dong culture and spirit. The above photography tips for Zhaoxing Dong Minority Village may inspire you a lot; however, you still need to get a completed plan before traveling. Our experienced travel consultants would be pleased to help you if you would have a plan to visit Zhaoxing. 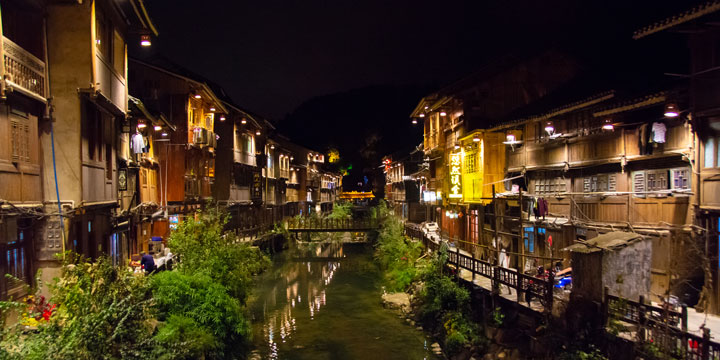