Yangtze River and Yellow River are the 2 biggest rivers in China, one in the north of China and one in the south, and this rivers have many differences in a series of data, like length, climate, water flow, rainfall, etc. Though each of them faces serious environmental issues, they have amazing sceneries. Here we make a contrast of Yangtze River and Yellow River for you to know more about them. 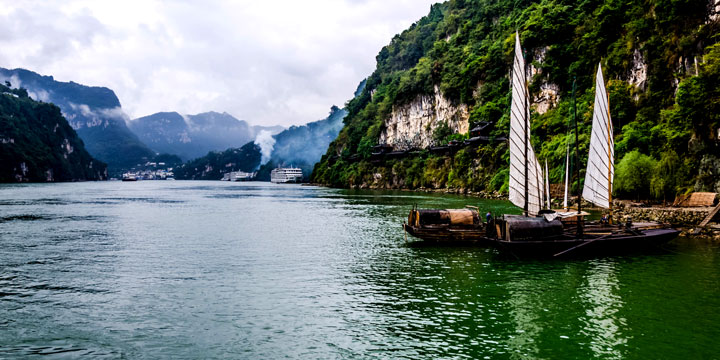 Yangtze River, or Changjiang is the longest river in China, respected as the mother river of China. Yangtze River is originated from the mountain in Qinghai-Tibet Plateau, and flows into the East China Sea. Yangtze River has a total length of 6300 km and a drainage basin of 1.8 million square km, and flowers through 11 provincial administrative regions from Qinghai to Shanghai. The 11 regions are Qinghai, Sichuan, Tibet, Yunnan, Chongqing, Hubei, Hunan, Jiangxi, Anhui, Jiangsu, and Shanghai.

Yellow River or Huanghe, is the second longest river in China, with a total length of 5464 km, running from the west of China to the east, and drains a watershed of 752,443 square km.  Yellow River is named from the color of river water, which is caused by a mass of dirt and yellow soil entering into the river when it flows through Loess Plateau.  But  water of Yellow River is not yellow in the source part. The source part in Qinghai is from the source to Madoi County, and Yellow River runs through mountainous areas and  its water is very clear. 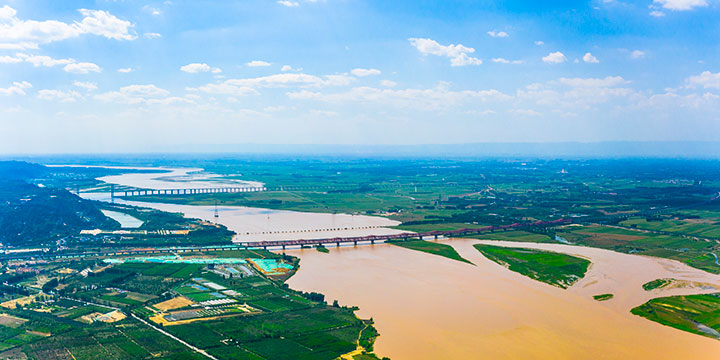 Yellow River is sourced from the mountains in Qinghai Province, and flows  into Bohai Sea from Shandong Province. From west to east, it flows through 9 provinces in the north of China, Qinghai, Sichuan, Gansu, Ningxia, Inner Mongolia, Shaanxi, Shanxi, Henan and Shandong.

Yangtze River is divided into 3 parts, the upstream, 3464 km long, is from the river source to Yichang, the midstream is from Yichang to Hukou, with a length of 955 km  and river fall of 5100 meters and the downstream, 938 km long, is from Hukou to the entrance to the sea in Shanghai. The upstream flows through steep mountains and valleys, and it is the most rugged part, while the midstream and downstream run through flatlands.

Yangtze River Elevation. The elevation of the river source is about 6600 meters, while the elevation of its estuary is less than 4 meters, and the whole river has a fall of over 6000 meters.

Weather and rainfalls in Yellow River drainage basin are also variable. In the source part within Qinghai Province, all year round is in winter time. The upstream and midstream has long winter and short summer, much unlike the downstream with hot summer. The annual average temperature in the source part is about -4℃, while it is about 12 ℃-14 ℃ in the downstream. Most of the drainage basin  receive an average of 200 mm-650 mm of precipitation each year. The midstream and downstream receive over 650 mm of precipitation each year, while the part in Inner Mongolia and Ningxia only has a rainfall less than 150 mm.

Yellow River has a dry season in winter and spring, and a rain season in summer and autumn, and the rainfall in June to September accounts for about 70% of the total amount in a year. 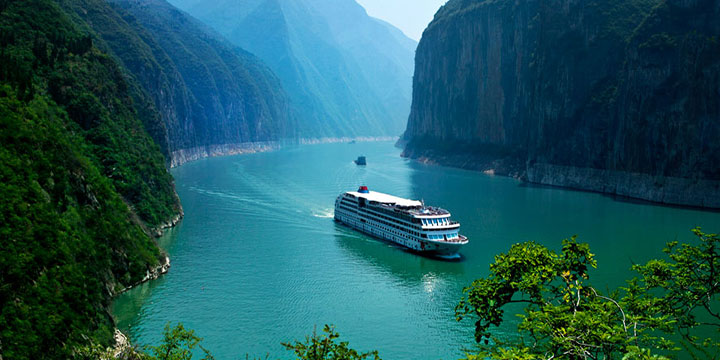 Yangtze River flows through majestic mountains and deep valleys, and the captivating views along the river has attracted tremendous travelers to take Yangtze River Cruise.

Yangtze River Cruise is from Chongqing to Yichang, and navigates the parts of Yangtze River with the most beautiful scenery. From White Emperor City in Chongqing to Nanjin Pass in Yichang, it has a length of 193 km, and flows through Qutang Gorge, Wu Gorge, and Xiling Gorge from west to east. Famous attractions for Yangtze River Cruise: Ghost City in Fengdu, Shibaozhai Temple, Zhangfei Temple, White Emperor City, Wu mountains and Goddess Mountain, Three Gorges Dam, etc.

Other attractions along Yangtze River: Yueyang Tower(Yueyang), and Huanghe Tower(Wuhan). 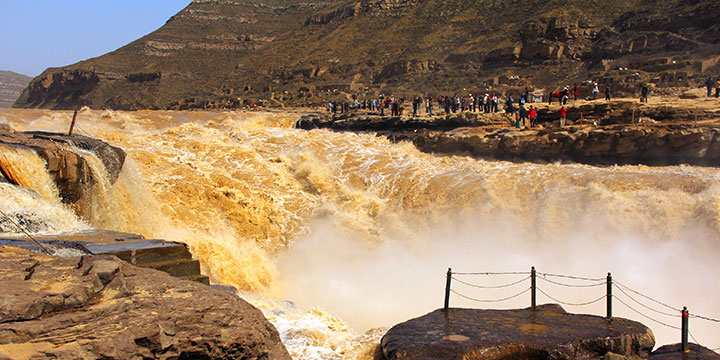 Here we recommend 2 great China tour packages to you: