With the coming National Day holiday which falls between Oct 1 and 7, the golden autumn also shows the splendid scenery for people. During this charming season, the ground of Chongqing city has been already decorated by the colorful red leaves. Here I would like to list some places in Chongqing to appreciate the red leaves.

In the scenic area, there are colorful peaks, misty waterfalls, mysterious caves, luxuriant forests, it is like a natural large bonsai. During the autumn season, Mt. Wushan can be a really fairy land with red leaved covered. The reflections of the mountains fall in the lake. The charm of Three Gorges has already spread over the world, while the romantic red leaves add a bonus of it. 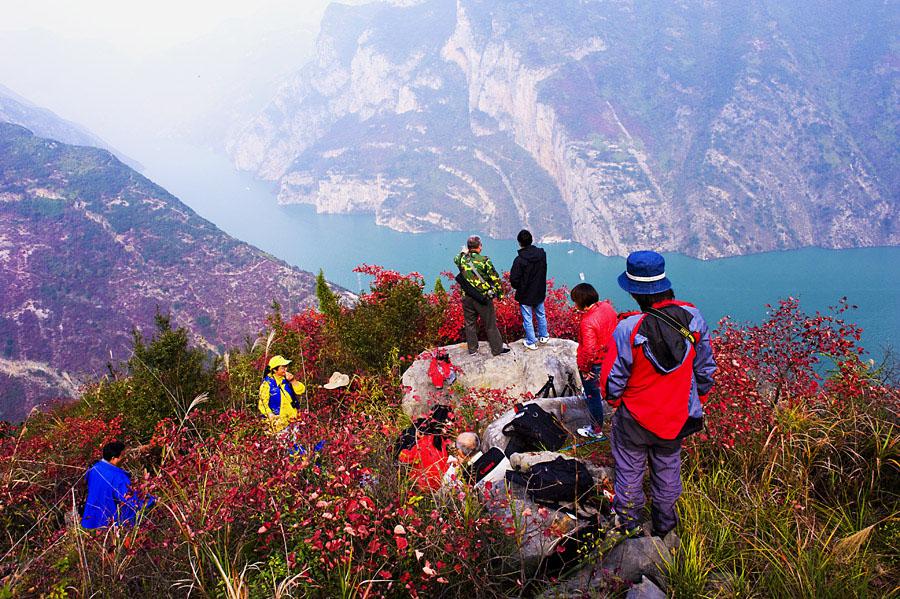 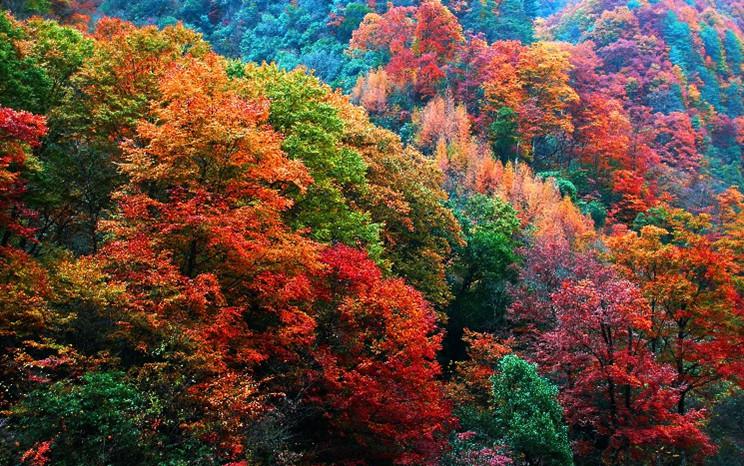 Fengjie - mountains covered by red leaves
With the good weather, Fengjie Kuimen offers its most suitable period for people to see the red leaves by climbing.along the route for travellers.

With the high water level of Yangtze River, the width of it becomes wider. With the decoration of red leaves along the river, Qutang Gorge becomes a landscape gallery. Red leaves in Kuimen was famous for a movie in 1980s. Taken the Qutang Gorge as the background, red leaves played a very important role in the whole movie.

Walking along the small route into the Qutang Gorge, going through a forest rulered by monkeys, the whole mountain red leaves will let you “Wow”! No man-made decoration, all the things are in the natural paces. 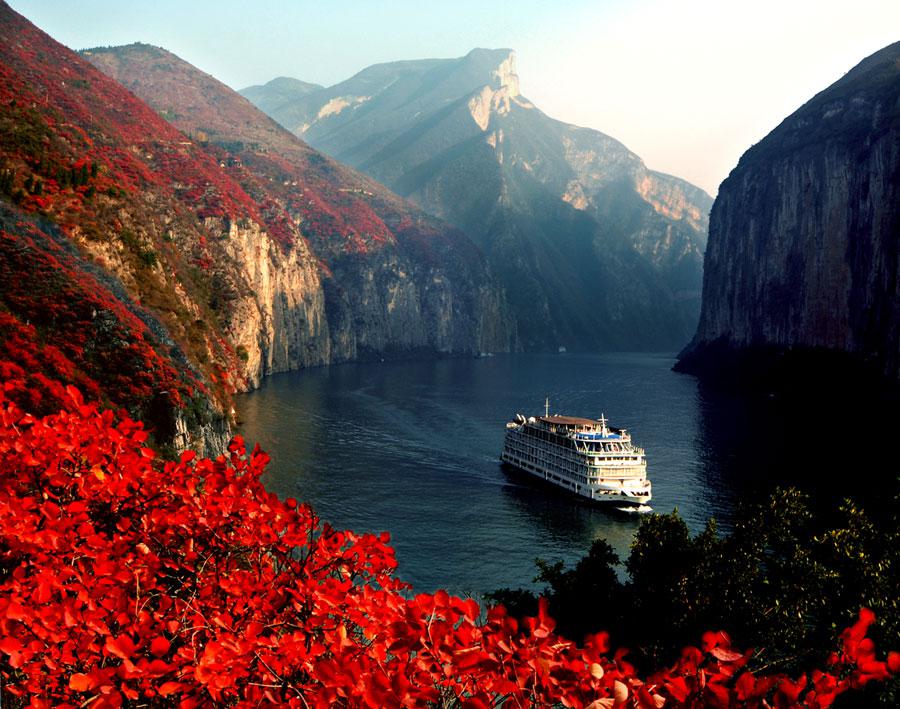 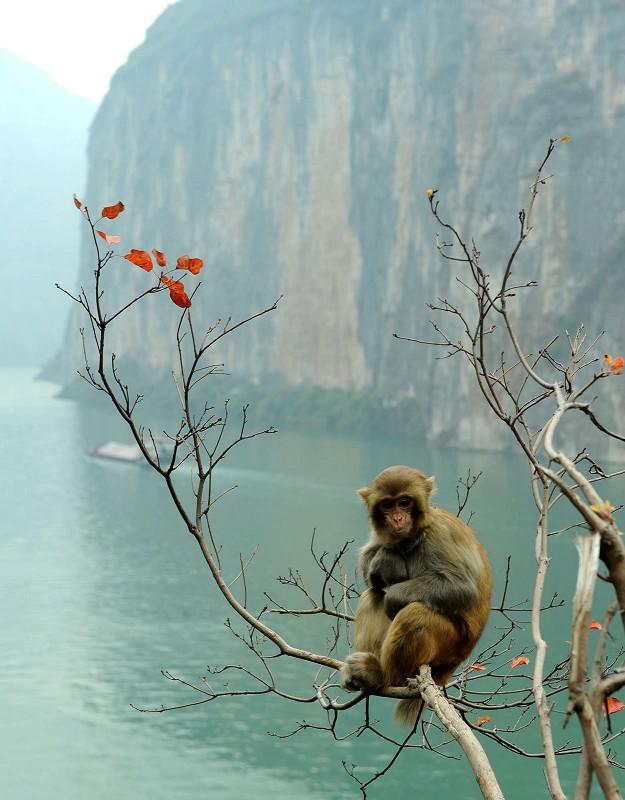 Nanchuan - red leaves on the Mt. Jinfo
The amazing red leaves scenery of Mt. Jinfo (Golden Buddha) is based on the taste of the mountain. With a sea level above 2500 meters, there are more than 5000 kinds of plants on it, thus got the name “the kingdom of plants”. There are more than 40 leaves for appreciating. Because of the different temperature levels of the mountain, the colors of the plants make the mountain in a picturesque scene - from the shallow yellow to the deep red, like a oil painting by a master. 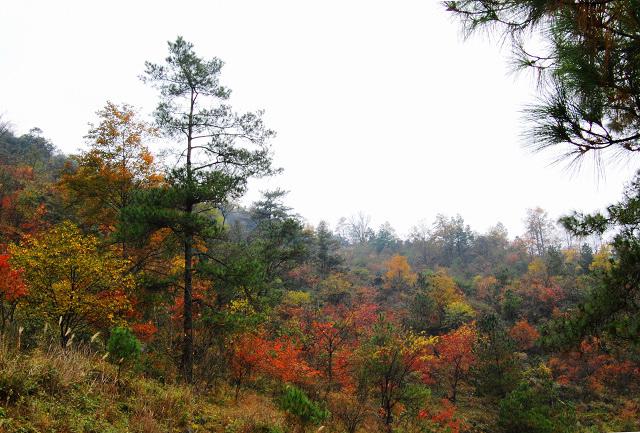 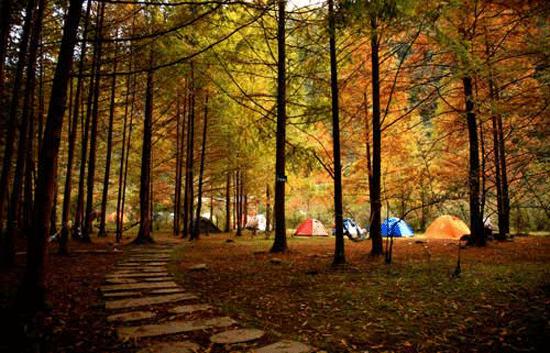 Youyang - leaves more red than the flowers in spring
Youyang is a Tujia minority autonomous county. And inside Youyang county, there is a town called Banxi which is famous for red leaves.

Red leaves in Banxi Town is the larges area red leaves base in southeast Chongqing area. The total area is about 50km. It is a best place to have a picnic day. During each Oct, the whole mountains are covered by various red leaves. It is a charming place attracted so many photographers from Hubei, Hunan and Guizhou provinces. 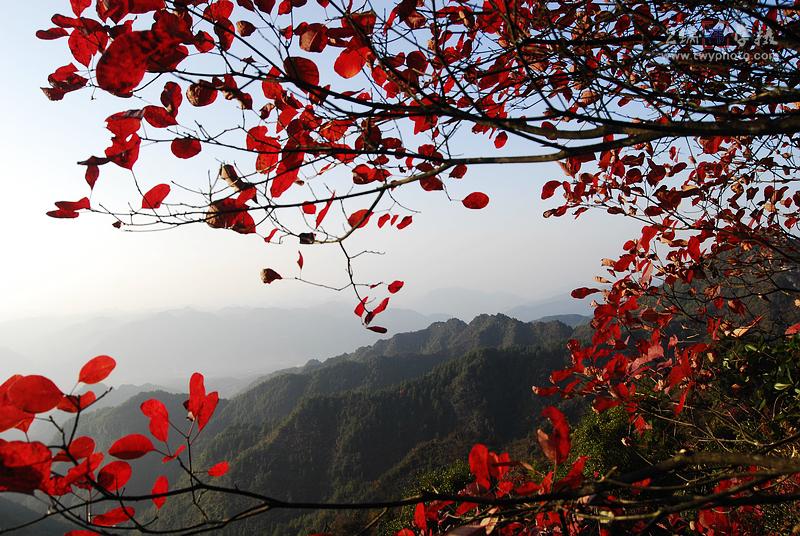 Next: One Day Tour to Shanghai