Interesting Things to Do in Shanghai

Entertainment activities in Shanghai are quite abundant. Cinemas, various themed parks with modern facilities and natural beauty, all kinds of festivals, etc. will make your trip quite full of things to do. Shanghai, as the birthplace of Chinese cinema and one of the world's nine festival venues, has many cinemas with top audio-visual equipments, and where you can feel the unparalleled film-viewing if you are interested in Chinese films. If you are star fans, then in Shanghai, a series of world-class art venues and theaters definitely let you feast for the eyes.

Every year before and after the Lantern Festival (the fifteenth day of Lunar New Year), front doors of many households in Chenghuangmiao will hang different size of cornucopia, downwind boats, lotus, bats, butterflies, toads, etc., which are made from glass or paper, or coloured lanterns or lamps shaped in rabbit, crab, carp, clam shells, hydrangeas, windmills and other things. Even in Yuyuan hands many lanterns. In streets, there is also many fantastic folk performances and fold arts to show for you. 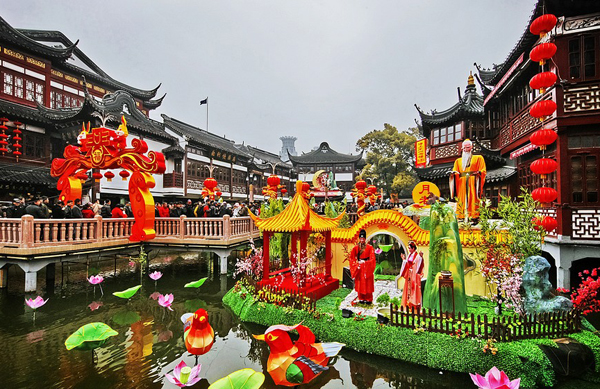 F1 is short of Formula 1. The cars which are made out of common equation (rules limit) is called formula car. Among them, F1 is the highest rating. In car racing field, the status of F1 is comparable to "Olympic Games" or "World Cup". Usually, F1 starts from middle March and the season ends in middle November. Each race attracts more than one billion people to watch this world-class event through television or other media. 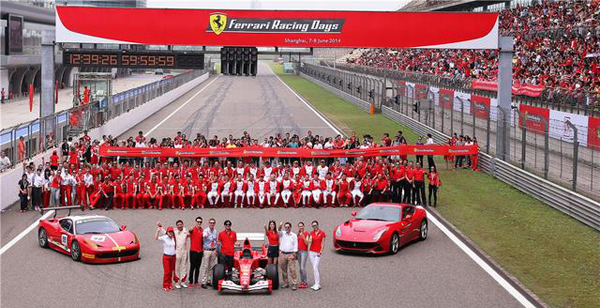 Time: in June every year, for a period of nine days
Location: Shanghai

Shanghai Art Fair was founded in 1997. It has more than a thousand galleries or art brokerage organizations from more than 30 countries and regions participating in the fair, nearly more than 80,000 pieces of art works was showed or trade in the fair. And original debut works of many world-renowned masters of were showed in Shanghai Art Fair.

Every October, the Shanghai Jazz Festival just opened its curtain. Many bands from around the world gathered in Shanghai, vowing to bring visual feast to audiences. Since its inception in 2004, it has attracted much attention. If you are a fan of jazz music, you can go and have a look.

Worth seeing opening parade floats opens the curtain annual Shanghai Tourism Festival. The parade floats includes performing groups from many different countries and regions around the world, dancing and singing all the way along Huaihai Road. Since then, the parade float team will perform in the city's districts and counties during Shanghai Tourism Festival, and the public can also voted the most beautiful float. During the festival, major scenic spots will also enjoy discount tickets.

Listening to jazz at CJW

CJW Xintiandi Shanghai hires professional jazz musicians from home and abroad to offer visual feasts for audiences. They plays Jazz, Soul, Blues, R&B, funk (Funk) and other musical styles, lazy or jumping rhythm of music adds a casual but warm atmosphere, so distinguished guests can relax and enjoy while dining.

Next: My Gourmet Tour in Chongqing