My Trip to Zhangjiajie

As the tourism market went to lower, I took almost one week off. My Colleague May and I went to visit Fenghuang (Phenix) Ancient Town and Zhangjiajie National Forest Park, which we dreamed of for a long time. 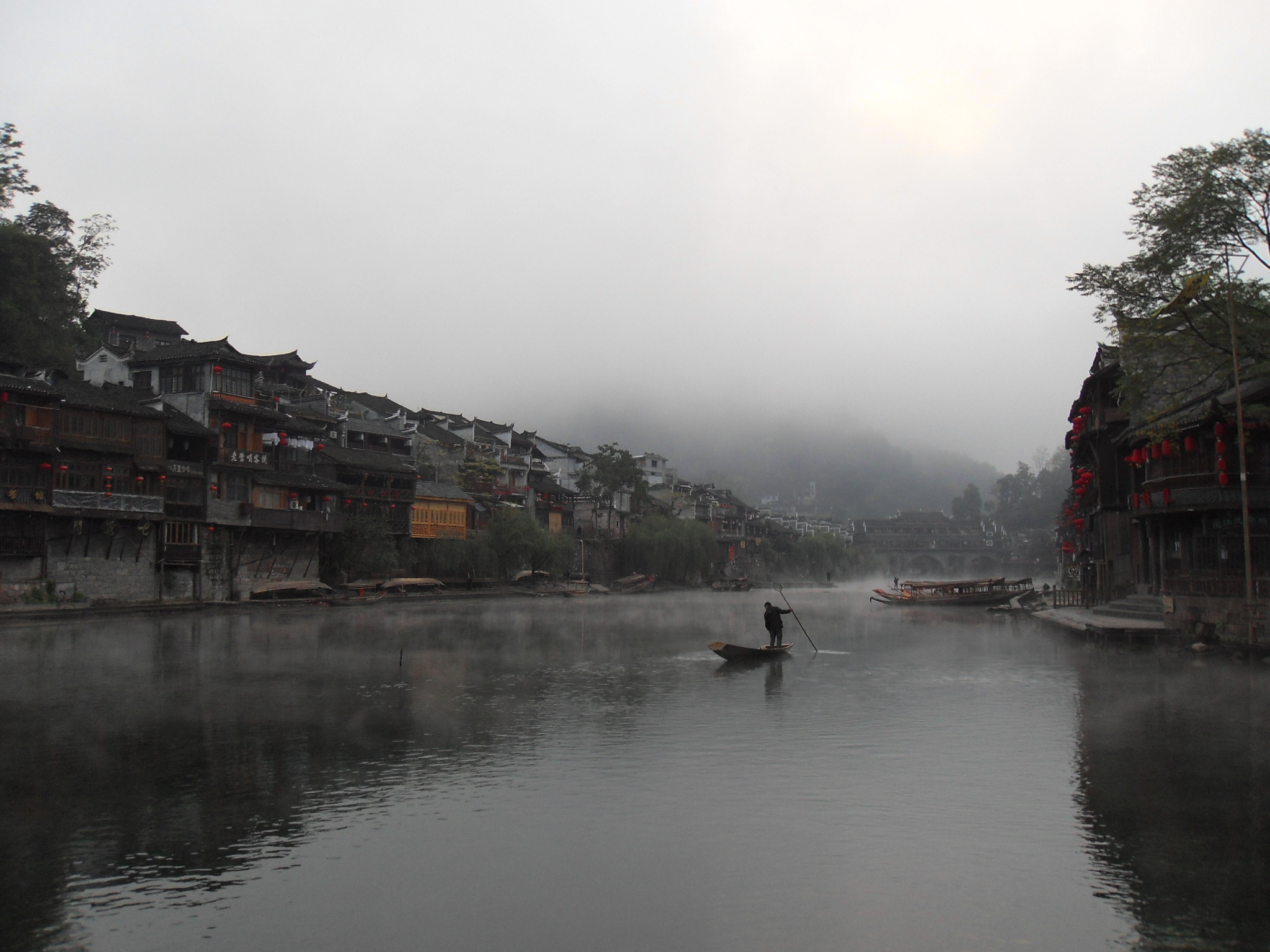 After one night on train, we arrived at Fenghuang in the morning, which is a small town, situated in the West of Hunan Province, in central China. Regarded as one of the nation's most charming towns in China, it was first remarked upon by Westerners over half a century ago. Wow, although tourism is in lower season, Fenghuang was still bustling with noise and excitement in the early morning. Visitors walked around, following their guide; Photographers chose good angles seriously, pressing shutters continually; Vendors’ peddling, peaceful Tuojiang River, Flagstones paved alleys and unique buildings comprised a beautiful ancient but new Fenghuang Town.
Next morning, we set out for Zhangjiajie. Before our trip, we were told that Fenghuang was worth to visit, but few people recommended Zhangjiajie. With the spirit of exploring, we arrived in Zhangjiajie about 13:30. Since we plan to accommodate at the guesthouses on the top of mountain, solid diet as lunch is needed before entering the park. Therefore, we tried local special dishes. The dishes are a kind same to those in my hometown, but they are more salty and spicy. Of course, delicious! >_ <
It was about 15:30 when we entered the park. “What a large park!” we exclaimed as we got on the environmental protection shuttle bus. It took about 40 minutes from the entrance to a stop called Bailong Tianti (Elevator), where we had to get off, even if it wasn’t our destination. We planed to stay in Yuanjiajie, however, the driver dropped us off at Bailong Tianti. “Oh, no, where is Yuanjiajie?” We can not find our way to our destination. Although we would never lose our way in the park, we could not keep the original plan any longer because the day became dark at about 17:00.
Though we have not yet reached the top of the mountain, how spectaculars view! It is quite different from the graceful sightseeing and landscape in Guilin. However, back to the foot is the only choice and it is more advisable than staying in the strange mountain. After taking some photos, we got on the shuttle bus again. God bless us. We met a kind-hearted local photographer. He told us how our itinerary should go, which made us suddenly enlightened. It is really useful and helpful for tomorrow’s trip.
Next morning, with the information from our landlord, we entered the park again at about 7:00 a.m. (Note: The entrance ticket is valid for 2 days) We returned to Bailong Tianti( Elevator). Actually, it is one of the must-going spot up to the top. As the elevator started up, hundreds of Quartz Sandstone Peak Forest came into our view. Most of them are like Bamboo shoots, rising abruptly from the ground. The click of pressing shutters and praises were around us. 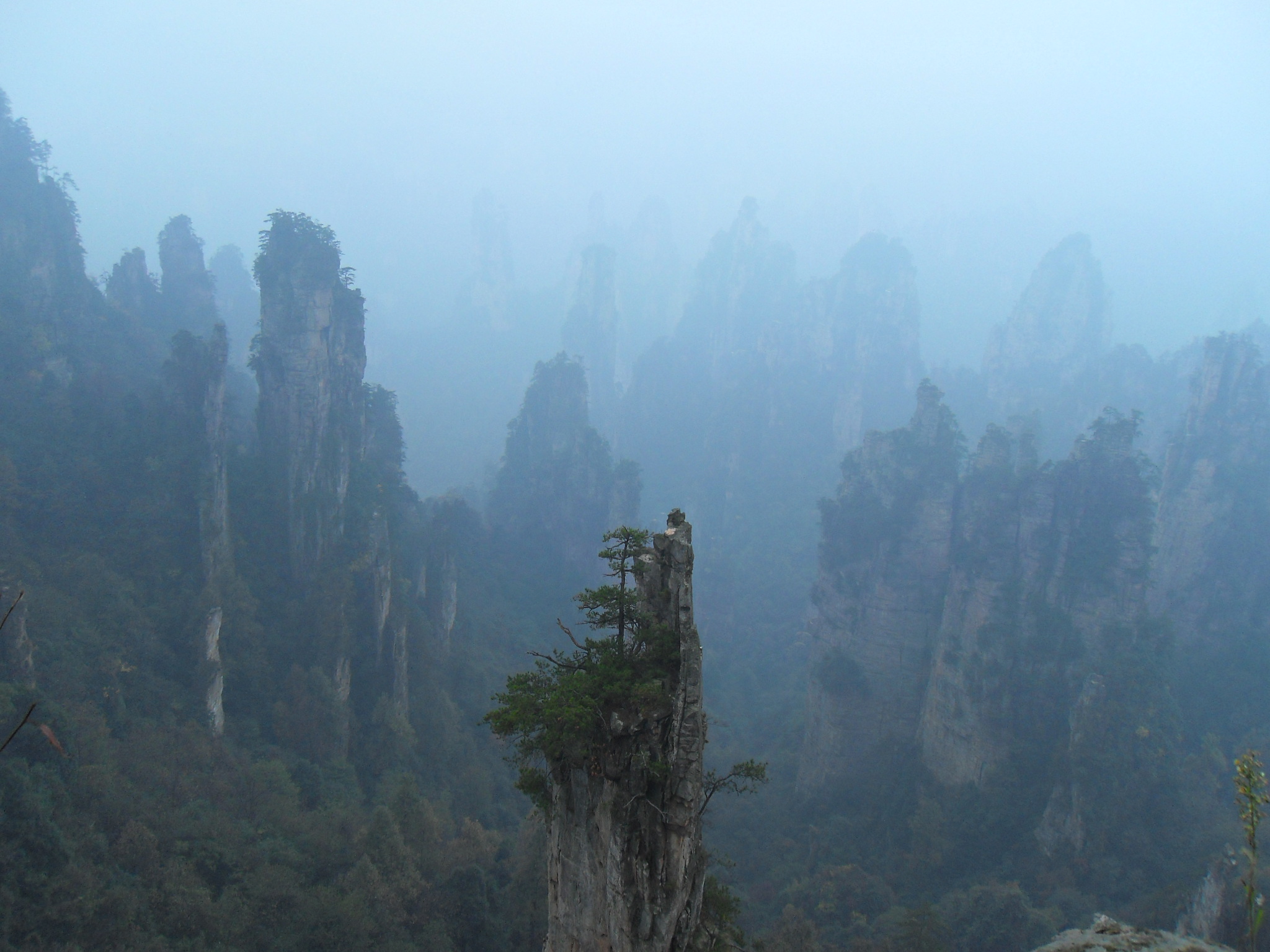 Compared to the coldness and strong wind at the foot of the mountain, the top is tranquil, but misty. Looking around, I found all the peaks were veiled. The mist made Zhangjiajie more mysterious. Walking and trekking in the natural pictures for more than 10 hours, we did not feel much tired,
How time flies! One-week vacation is too short, but the exciting and joyousness of the trip will be in mind for ever.

Next: A dreamy walk in London