Location: At the southern end of Yan’an Road and the northern foot of Wu Shan Hill
What to buy:unique souvenirs such as bamboo flute, knitting sweaters, Chinese calligraphy tools

The history of Qinghefang Street can be dated back to Southern Song Dynasty, and it became prosperity since Qing Dynasty. This street can be taken as one of the oldest streets in Hangzhou. The well-preserved ancient architectures only can be found in this commercial street. This street is easily reached, it is only 10 minutes by walk from West Lake Scenic area. 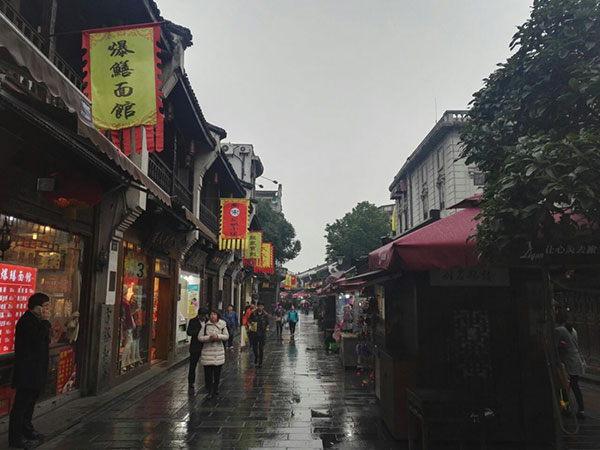 There are many old-brand shops along the street, which attract most of the tourists, such as Baohetang Traditional Chinese Medicines Shop, Yuqingtan Traditional Chinese Medicines Shop, Yafengtan Shop, Rongbaozhai Shop, Yafengtang Store, Huichuntang Store, as well as many traditional stores selling snacks, exquisite carving items, silk and other handmade products.In front of a crystal crafts shop in Qinghefang Street, a group of tourists are fascinated by the exquisite craftsmanship of the shop owner who has even forgotten to do the business. This is a very common scene on Qinghefang Street. Now more and more such shop owners can be seen in Qinghefang Street: those who sell the bamboo flutes play the flute at the shop; those who sell the knitting sweaters knit the sweater; and those who sell the writing brushes make them at the shop. The harmonious combination of such traditional "workshop" model of business operation with the tourism has become an attractive scene to tourists. 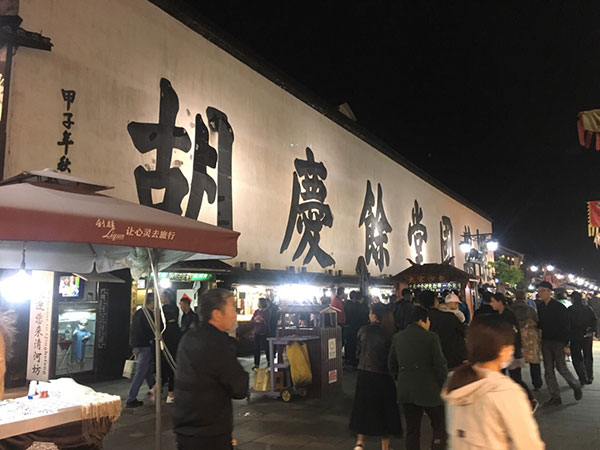