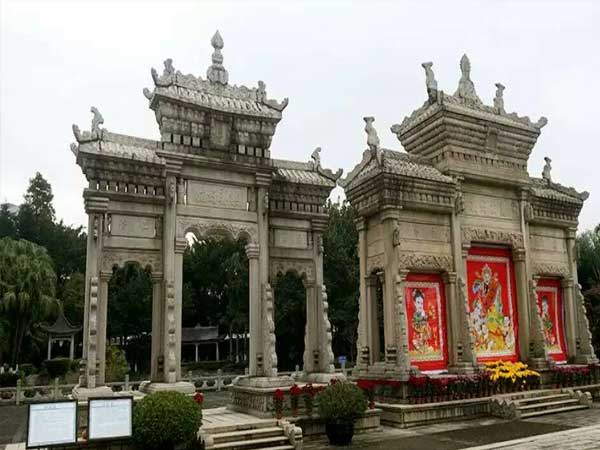 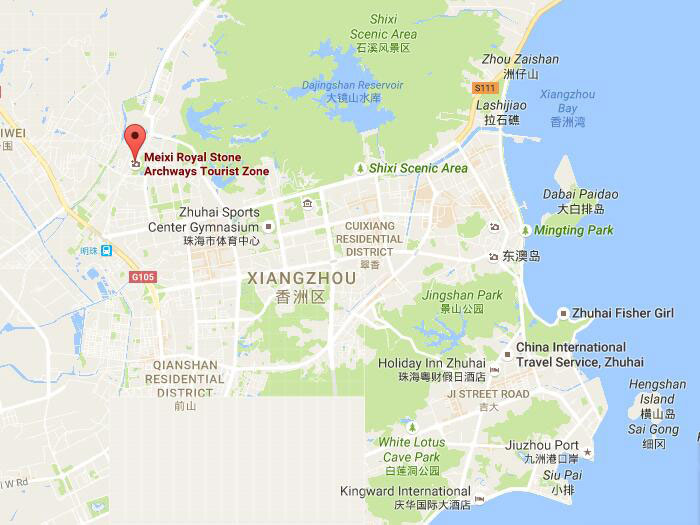 
Meixi Royal Stone Archways, or Meixi Paifang, is a series of delicate buildings at Meixi Village in Qianshan Town, Zhuhai City, Guangdong Province, China. It covers an area of 126,000 square meters. There are three scenic areas nearby, including the royal stone archways, the Former Residence of Chen Fang and the Chen’s Garden and Cemetery.

To better understand the history of the Meixi Royal Stone Archways, we have to introduce Chen Fang. Chen Fang, the Consul to Honolulu by Emperor Guangxu in the Qing Dynasty, was born in this village, and went to Honolulu as a young man, becoming the first Chinese millionaire on the island of Oahu.

In 1890, after his arriving home, he was honored by Emperor Guangxu with these buildings, which are decorated with dainty carvings along the roofs and columns. Mottos includes 'leshan haoshi' ('ready to help others') and 'zhongcheng' ('loyal') rest alongside animals which represent luck and fortune giving an indication of how important Chen Fang was to the Empire. The buildings were built in Paifang with a traditional Chinese architectural style particularly associated with virtuous and high-minded people.

Chen’s Former Residence was built between 1891 and 1896. The residence includes Chen’s Ancestral Temple, a western style building and a garden.

The Meixi Royal Stone Archways has reproduced the attractive local traditional culture of Zhuhai. It is the first local cultural landscape and the high grade tourist resort, gathering the celebrity memorial, folk custom and natural science and tourism and leisure.

Each of the three strcutures survive is around 12 meters high, encompassing a variety of smaller buildings from Chen's memorial temple, large chambers, a hall, a villa and two temples.

The stone archways are built from granite. It combines the architectural art of the west and east and it has many wonderful engravings. It is regarded as a major artistic treasure of Zhuhai. So highly regarded by the Zhuhai government is this building that it was pointed as the “Special protection item of old architecture” by Guangdong province government in 1989.

How to get There

There are express bus from Zhuhai Hotel to Zhuhai Meixi Royal Stone Archways every day. You may also take Bus 41, 26, or 99 to get there.