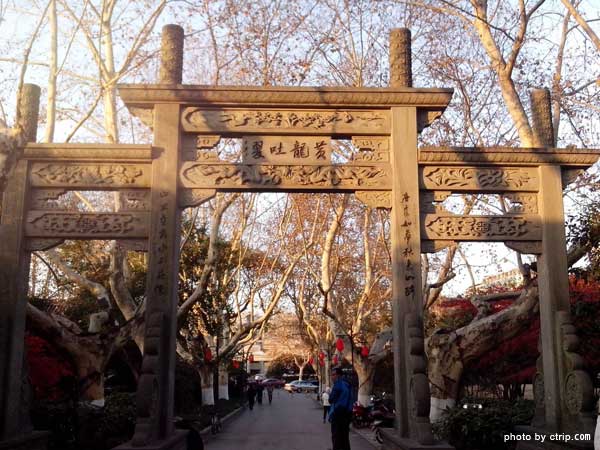 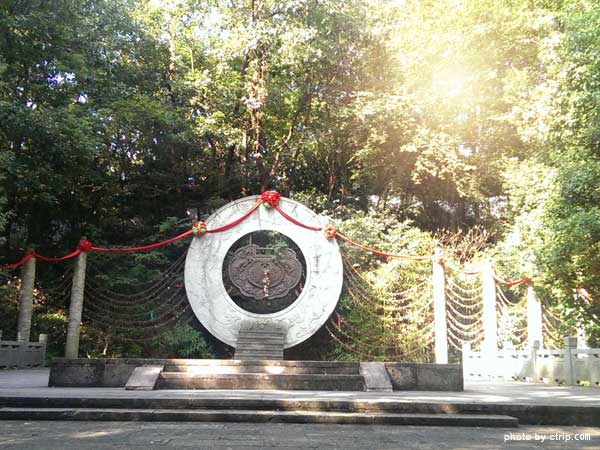 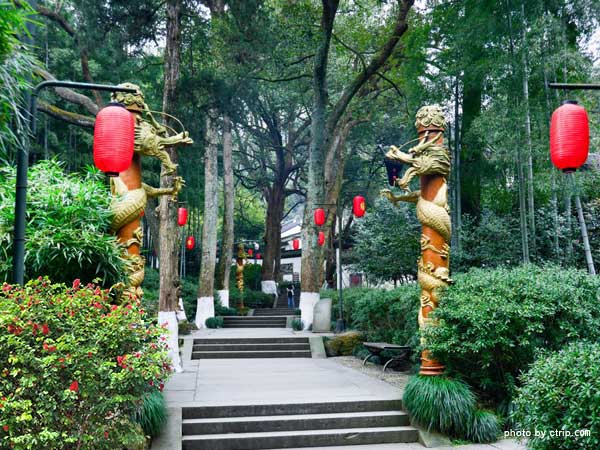 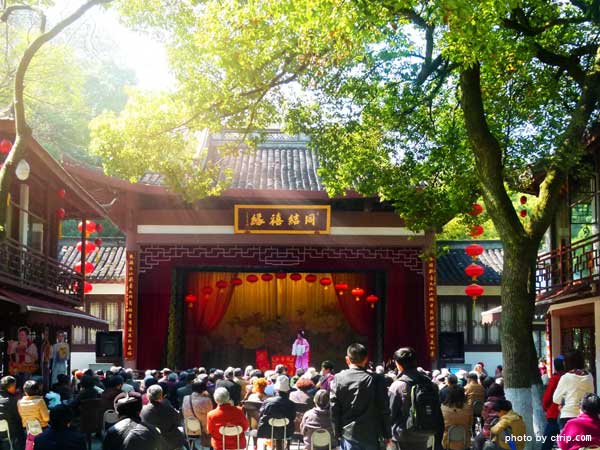 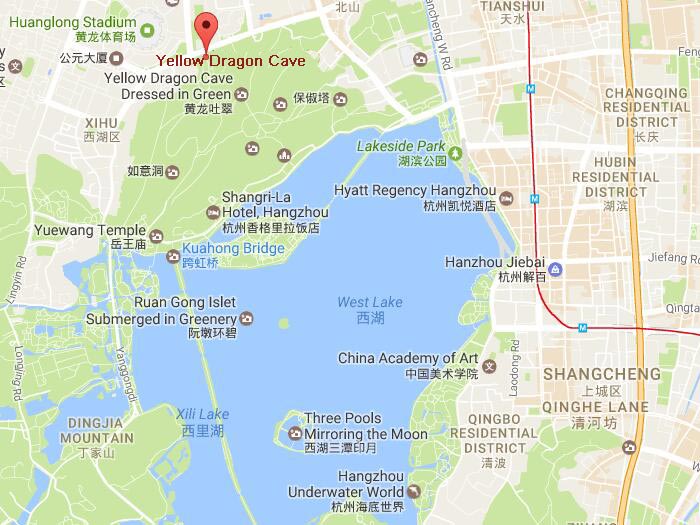 Yellow Dragon Cave (Chinese name: 黄龙洞) Hangzhou locates at the northern foot of Qixia Ridge in the Shuguang Road, Hangzhou, Zhejiang province, China. It is different from the Yellow Dragon Cave in Zhangjiajie, Hunan Province, China. One of the new top ten scenic spots in West Lake area called Yellow Dragon Cave Dressed in Green is sited right in this scenic spot. The well-known historic site - Huguo Renwang Temple is also in this place. Walking along the hill road, tourists can see the history site of the Yellow Dragon Cave, where was a treasure land for Taoism. From South Song dynasty, Yellow Dragon Cave was regarded as one of the top five places in West Lake scenic area for holding worship ceremony to dragon. The local government developed Yellow Dragon Cave to an archaized amusement park featuring religious culture, humanistic culture, and garden landscape of Chinese temple in 1985, and now it is a simple and elegant park imitating the style of the Song Dynasty (960-1279), and a unique Chinese garden as well as a theme park or garden focused on "Good Luck", a folk and custom of Chinese traditional culture. There are luxuriant bamboo groves, tea houses, and public houses. Performers, salesclerks, waiters and waitresses are all dressed in the costume of the Song Dynasty. Tourists may enjoy the ancient songs and dances of Yue opera and folk music.

Yellow Dragon Cave is also named Wumen Cave, Feilong Cave. It’s said that a monk named Huikai established a temple at this area. One day, a yellow dragon flied at the temple and rested on a rock. When he opened his mouse, the spring water spewed out. Therefore, people put the site named Yellow Dragon Cave.

It’s said that there were an old and a young yellow dragon living in the cave. One day, the old yellow dragon came up the brutal part in his nature, and tried to spew fire to fire Hangzhou city. The young yellow dragon led the residences to fight the fire, pouring the water in West Lake into the cave. Finally, the old dragon was drowned and they successively put out the fire. However, the young dragon died in this fight. People buried it with tears, and the tear infiltrated into its heart, then flowed out from its mouth. Hence, a small fall out flowed from its grave. In memory of the young dragon, people shaped a statue of yellow dragon at the site of its grave, and then named it Yellow Dragon Cave. Since Qing dynasty, it’s one of the famous sites for Taoism in Hangzhou, and it has been well preserved so far.

The main scenery in Yellow Dragon Cave consists of clear water, artificial hills and pavilions. When you enter the main gate, you will find two ponds right in front of you. The ponds lined on both sides of the path are luck related ponds. The six statues of children here in the ponds represent the six kinds of luck - wealth, learning, marriage, love, official career and having a son.

In Yellow Dragon Cave in Green, a vivid dragon head statue attaching verdant woods hangs in the steep rock. Spring water is spewed out from the dragon’s mouth, flowing into the pond, and the sound of the spring water is just like a sweet music. At the entrance of the pond, a huge stone stands upright in the middle of the water, carving a famous sentence from a great poet of Tang dynasty. “水不在深,有龙则灵” means waters gains nimbus for residing dragons, which shows the theme of the scenic spot.

The artificial hills in Yellow Dragon Cave build with yellow limestone, and undulate according to the terrain with different shapes. When seen from a distance, it’s just like a stone forest, with lush plants, however, its’ flexuose that tourists feel like falling into a maze when they are in the artificial hills. The style of the garden is different with that of Suzhou garden, which is famous for its exquisiteness, while the garden in Yellow Dragon Cave is a nature-harmonized design owning its special glamour.

The bamboo forest called Garden of Square Bamboos in Yellow Dragon Cave Scenic Area has a long history. You can enjoy the beauty of a variety of bamboo, black bamboo, square bamboo. etc. The bamboos make a pleasant shade, as a summer resort, people would like to stay there to avoid hotness and enjoy their leisure time.

Other Highlights in Yellow Dragon Cave Dressed in Green Scenic Area
Recently, the administrator established the Yellow Dragon Cave Scenic Area as an archaized tourist attraction, themed with culture of Yuan (缘, a Buddhism term means a destined and natural relationship). There are some tourist spots connected with Yuan.

【Yuan Garden】
The reception staffs in Yellow Dragon Cave wear the ancient costumes and makeup to welcome tourists at home and abroad. Tourist can enjoy the local opera-Yue Opera there. Yellow Dragon Cave Yue Opera Troupe in Yellow dragon Cave is a professional folk Yue Opera Performance team, which was established in 1984. The cast performed traditional local opera and play the string or orchestral music in the open air theater every day. Some of the cast have won Chinese top drama prize, and enjoy popularity among millions of Chinese and overseas tourists. The performance of their Yue Opera is mainly about the love, wedding, marriage, or Yuan, and the classic music they play includes The Butterfly Lovers(梁祝), Chunjianghuayueye(春江花月夜) and so on.

If you are interested in Chinese gardens or local folk and custom, it is suggested to visit this special attraction in Hangzhou.